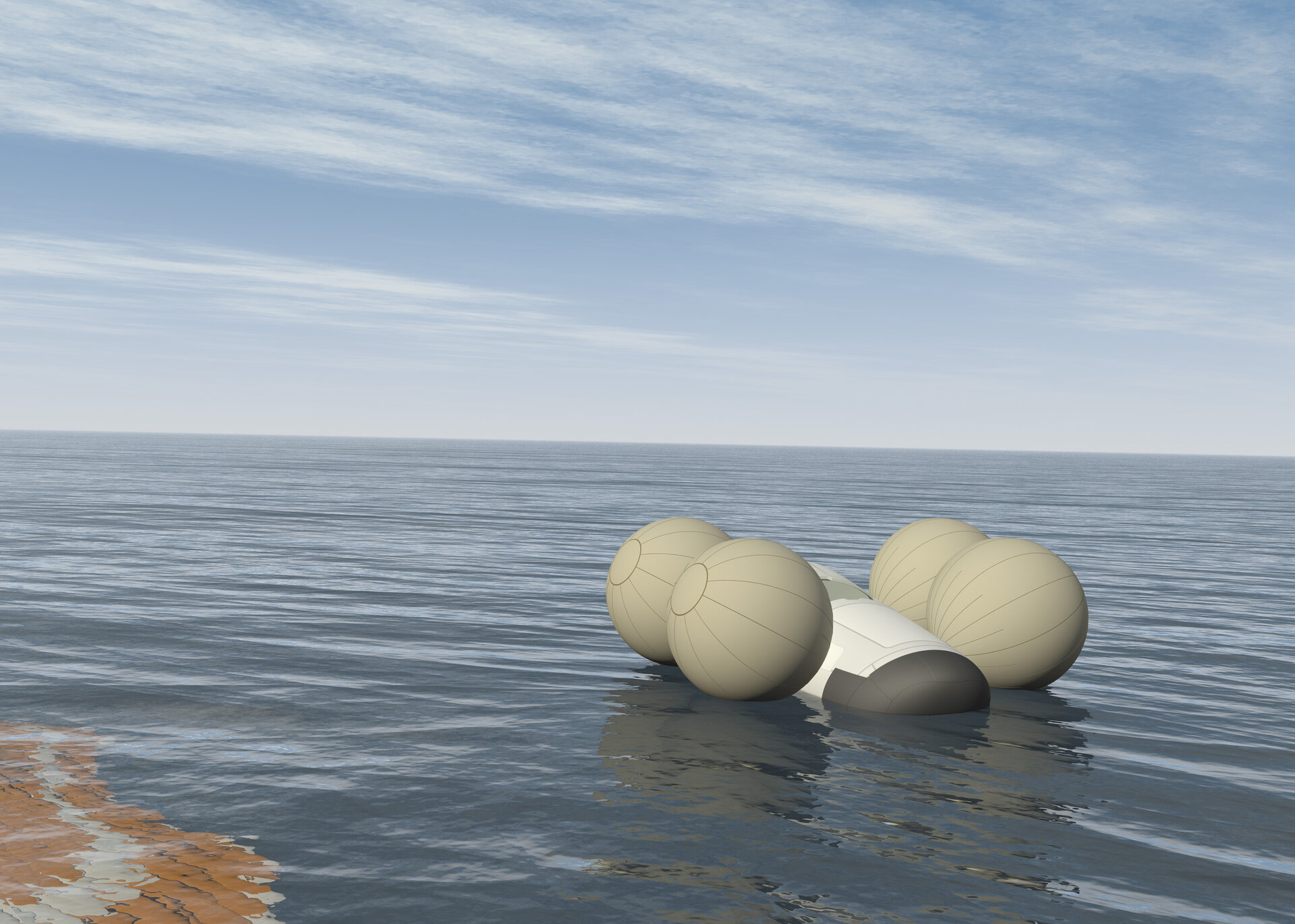 Artist's view of the IXV awaiting recovery after a safe splashdown in the Pacific Ocean.

The Intermediate eXperimental Vehicle (IXV) project objectives tackle the basic European needs for reentry from LEO, consolidating the knowledge necessary for the development of any future European reentry system while allowing risk limitation.

It will be launched by ESA in 2014 on Vega, Europe’s new small launcher, into a suborbital path, from Europe’s Spaceport in French Guiana. It will reenter the atmosphere as if from a low-orbit mission, testing new European reentry technologies during its hypersonic and supersonic flight phases.

IXV will be injected into a suborbital path by a Vega rocket launched from Europe’s Spaceport in French Guiana in autumn 2014. IXV will separate from Vega at an altitude of 320 km. It will attain an altitude of around 450 km, allowing it to reach a speed of 7.5 km/s when reentering the atmosphere at an altitude of 120 km – fully representative of any return mission from low orbit. It will collect a large amount of data during its hypersonic and supersonic flight, while being controlled by thrusters and aerodynamic flaps.

The craft will then deploy a parachute to slow its descent for a safe splashdown in the Pacific Ocean to await recovery and analysis.

The complete mission will last for approximately 1 hour and 40 minutes.