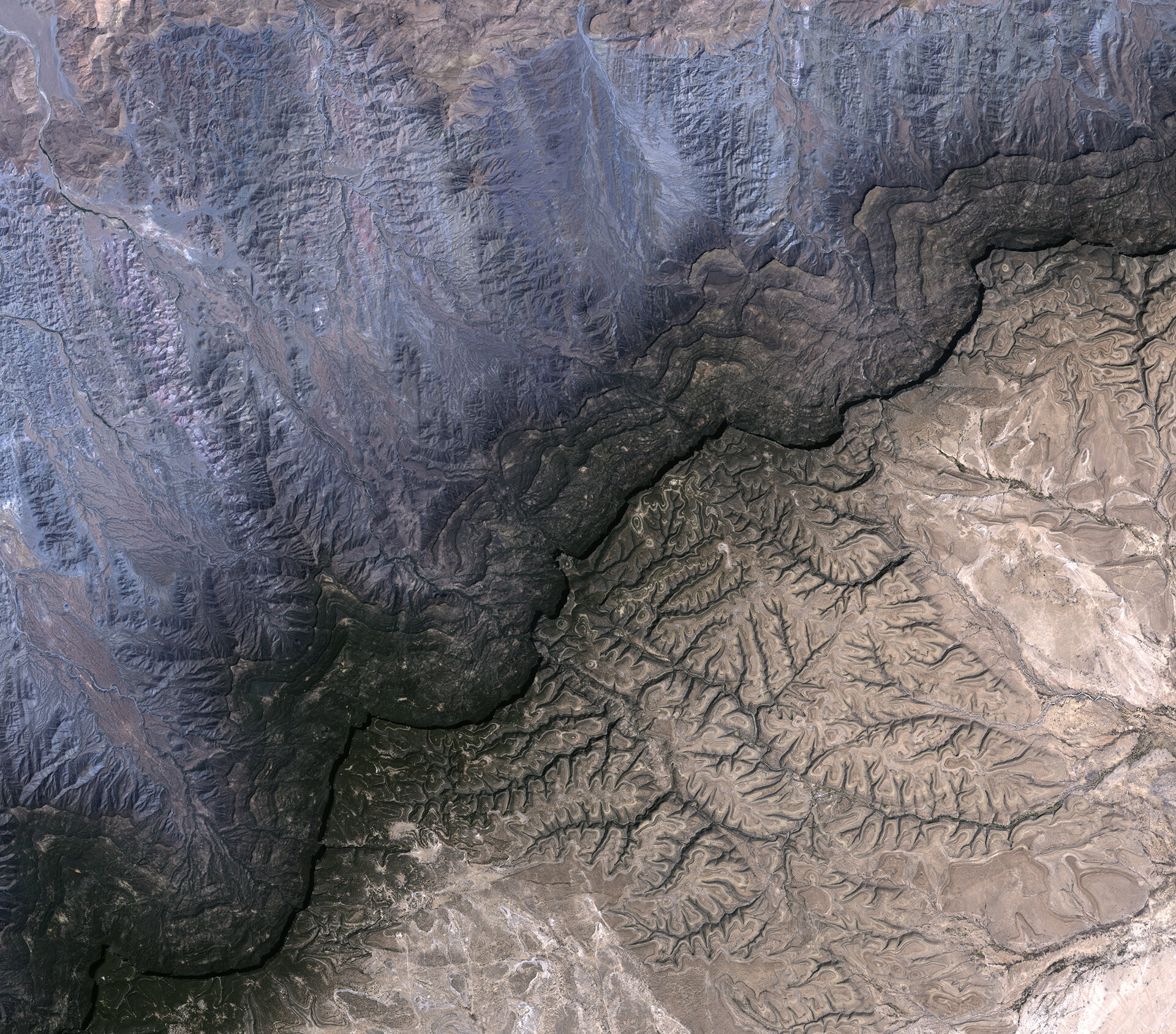 In contrast to the sparsely-vegetated majority of the country – typical of its semi-arid to arid climate – the mountain range is densely forested. In this image, the vegetated areas appear much darker.

The ecologically diverse region is home to a number of endemic plants species, as well as many rare animals. Unfortunately, the area lacks proper conservation and is threatened by deforestation and intensive livestock grazing.

The uplifted plateau to the south has the distinct pattern of water erosion from rivers and streams making their way towards the edges of the cliffs, before cascading down. There are numerous perennial and persistent waterfalls in this region.

In some areas, we can see where water continues to flow north across the coastal plain towards the Gulf of Aden (not pictured).

The Japanese Advanced Land Observation Satellite captured this image on 2 January 2011. ALOS was supported as a Third Party Mission, which means that ESA used its multi-mission ground systems to acquire, process, distribute and archive data from the satellite to its user community.