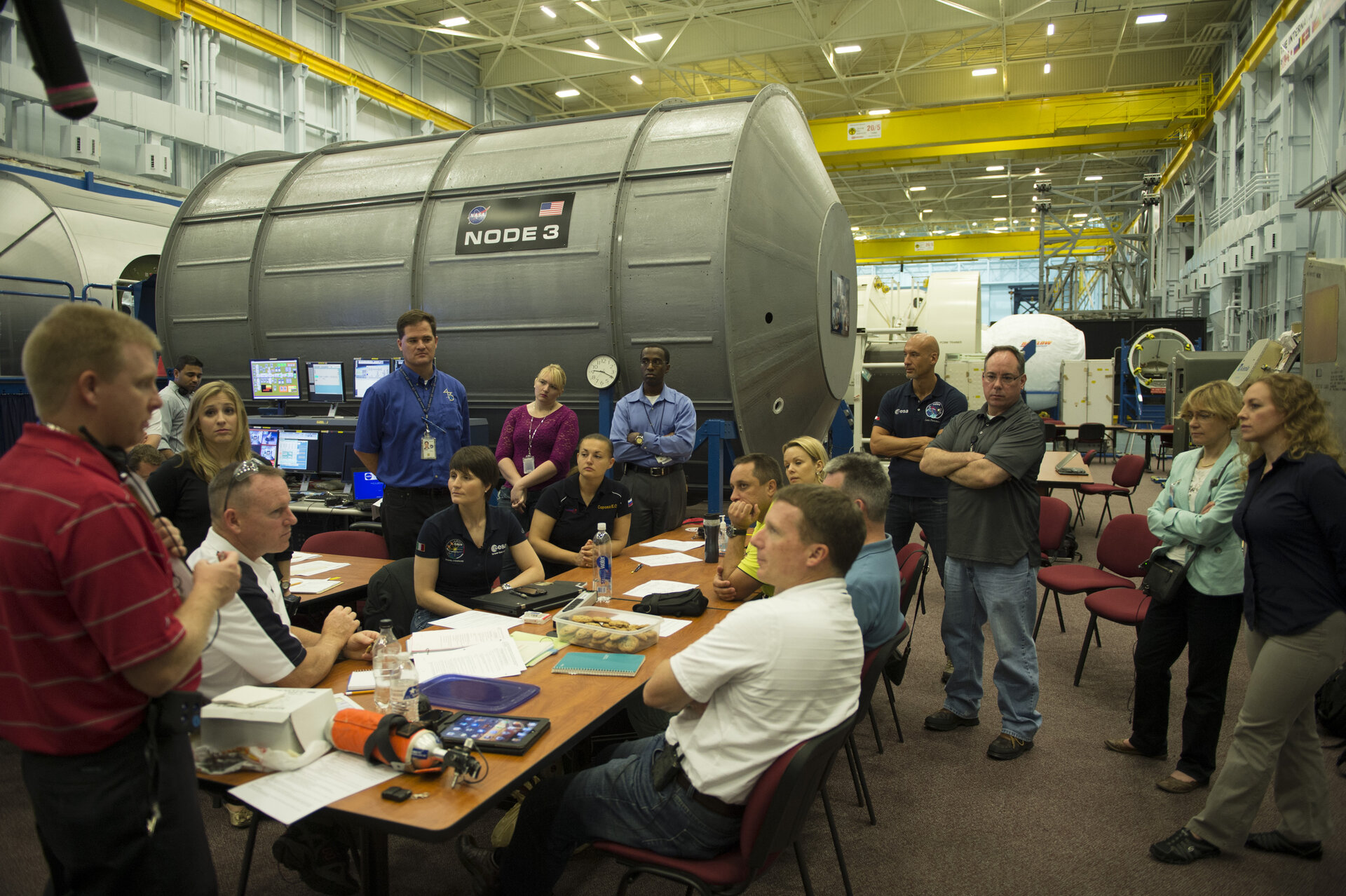 Crew members of the Expeditions 41/42 and 42/43 during training, at the Building 9’s Space Vehicle Mockup Facility (SVMF), at the NASA's Johnson Space Center, on 2 July 2014.

The training catalog includes about 200 different SVMF classes to prepare astronauts in how to respond to just about any issue or emergency in orbit.