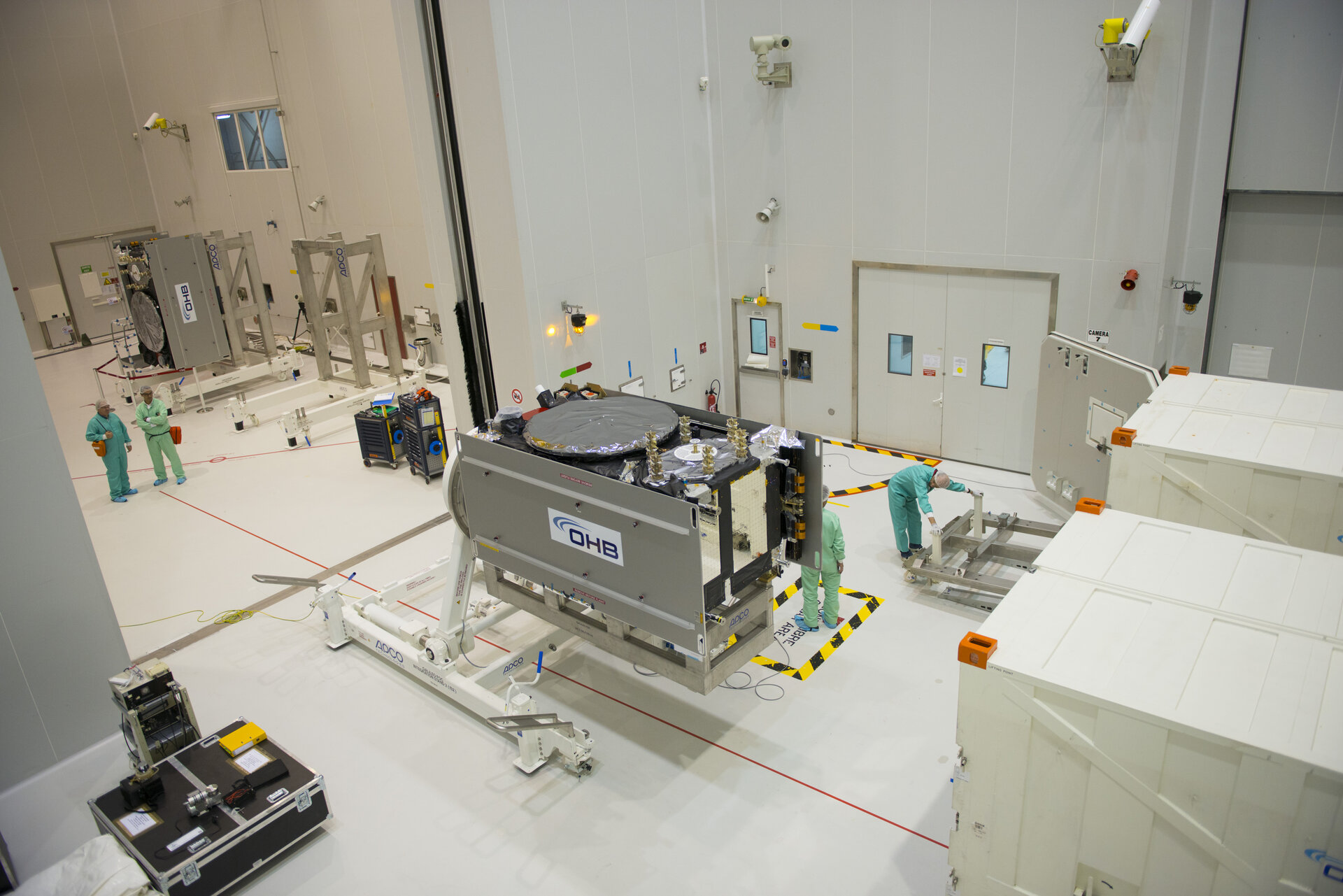 Galileo SAT 5-6 in the S5A building

The first two Galileo Full Operational Capability satellites (SAT 5-6) during preparations inside the S5A building, before fuelling operations, on 30 July 2014.