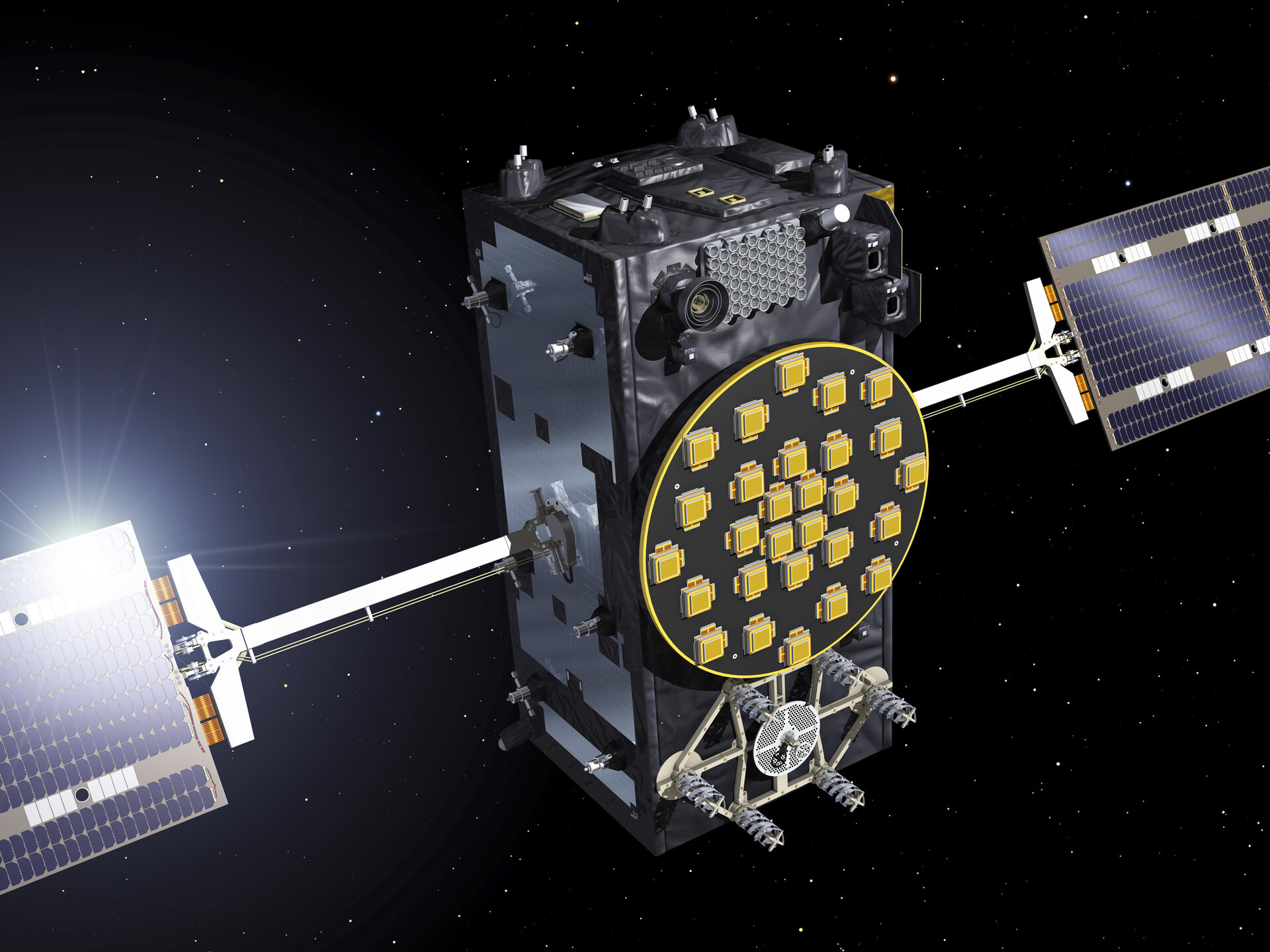 The first two FOC satellites were launched together aboard a Soyuz rocket from Europe’s Spaceport in French Guiana on 22 August 2014, joining the four Galileo satellites already in orbit. A second pair was launched on 28 March 2015, and a third on 11 September 2015. Some 22 FOC satellites are being manufactured in total.