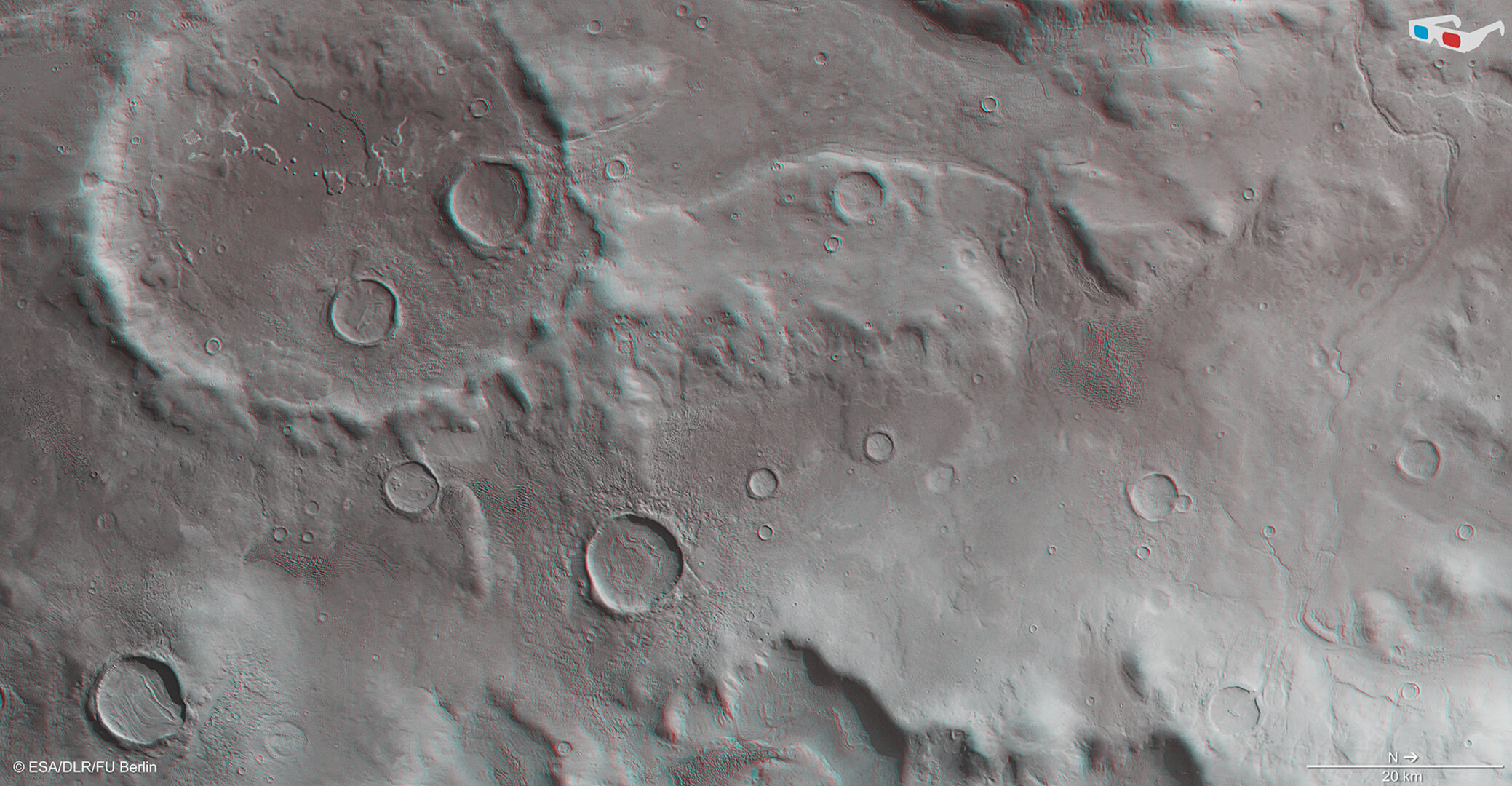 Data from the nadir channel and one stereo channel of the High Resolution Stereo Camera on Mars Express have been combined to produce this anaglyph 3D image, which can be viewed using stereoscopic glasses with red–green or red–blue filters.

This image shows the edge of a colossal impact crater in the southern highlands of Mars known as the Hellas basin, which extends towards the bottom of the frame. It also captures the Hellespontus Montes, a string of rocky peaks encircling part of the basin’s rim. The image is composed of data taken by the High Resolution Stereo Camera on ESA’s Mars Express on 13 January 2014 during orbit 12 750. The centre of the image is located at approximately 41°S/45°E. The image resolution is roughly 17 m per pixel.