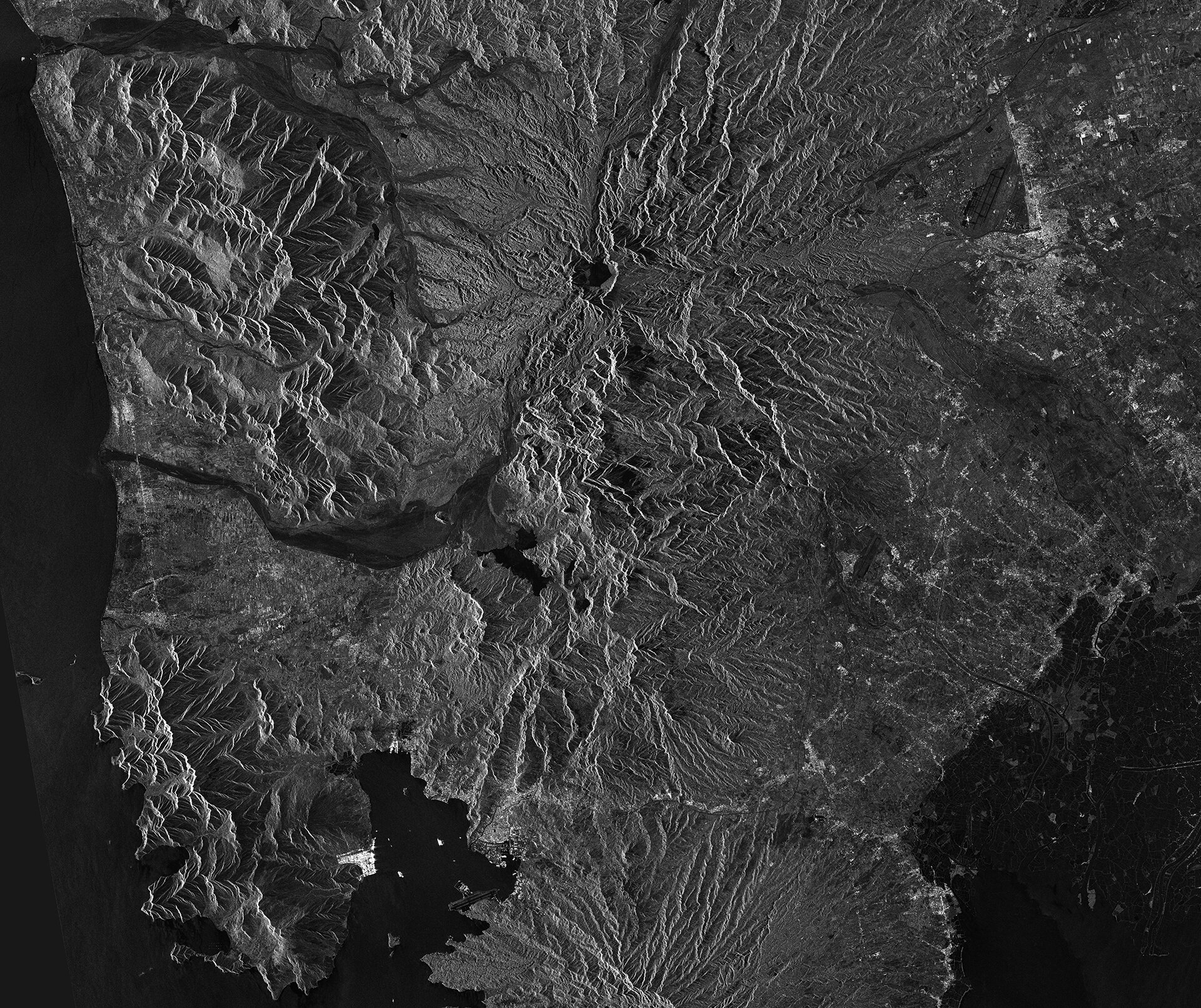 This image from the Sentinel-1A radar satellite on 6 June shows part of the Philippine island of Luzon with Mount Pinatubo.

This active volcano experienced a major eruption on 15 June 1991 that injected more particulate matter into the atmosphere than any eruption since Krakatoa in 1883. In the months following, aerosols formed a layer of sulphuric acid haze around the globe, ozone depletion increased and global temperatures dropped by about 0.5°C.

In the upper-central part of the image, the dark area is Lake Pinatubo, which formed in the summit crater after the 1991 eruption. The water level has been rapidly increasing since its formation, putting pressure on the crater walls, which threaten to collapse and cause flash floods. The Philippine government has taken measures to alleviate the pressure with controlled draining.

South of Lake Pinatubo near the centre of the image is Mapanuepe Lake, which also formed as a result of the 1991 eruption. When mud mixed with water and volcanic rock fragments flowed down from Pinatubo, it blocked the drainage of the river. The valley – including the settlements – was inundated.  These mud and volcanic debris flows are still visible reaching west towards the South China Sea.

Other features visible in this image include the bright radar reflections from a shipyard on the Subic Bay to the south, and the vast expanse of aquaculture on the edge of Manila Bay in the lower-right corner.

Sentinel-1A was launched on 3 April, and is the first in a fleet of Sentinel satellites developed for Europe’s Copernicus environment monitoring programme. Although the satellite is still being commissioned, images like this early example illustrate the kind of data the mission will provide.