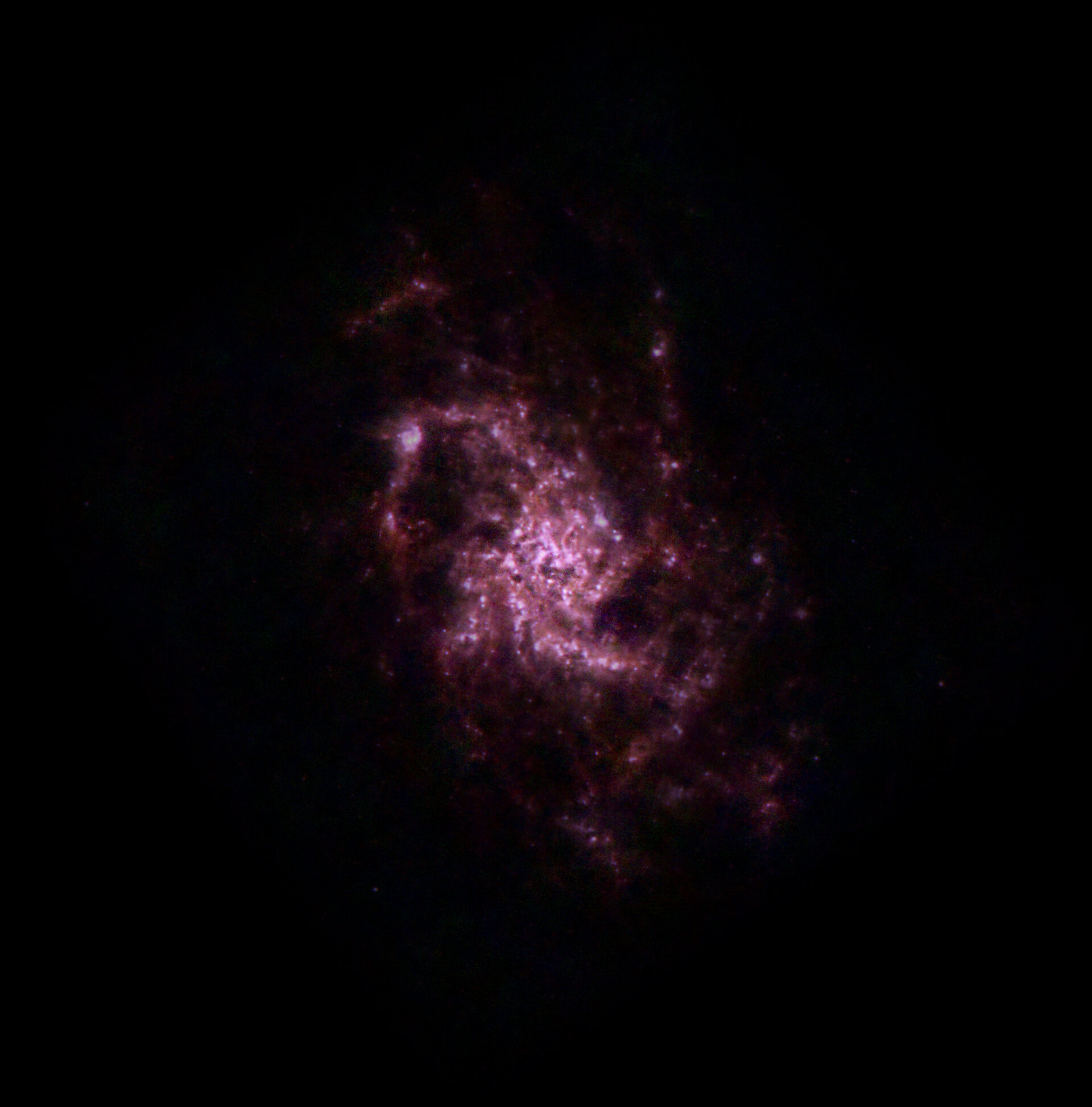 The spiral galaxy M33, also known as  the Triangulum Galaxy, is one of our closest cosmic neighbours, just three million light-years away. Home to some forty billion stars, it is the third largest in the Local Group of galaxies after the Andromeda Galaxy (M31) and our own Milky Way.

M33 is popular with astrophotographers and from exceptionally dark sites it can even be seen with the naked eye. Thanks to its orientation, we can enjoy a face-on view of the beautiful spiral structure of the galaxy's disc.

This image, from ESA's Herschel space observatory, shows M33 in far-infrared light, revealing the glow of cosmic dust in the interstellar medium that permeates the galaxy. The patchy, disorganised structure of M33's spiral arms resembles a tuft of wool, leading astronomers to classify it as a flocculent spiral galaxy.

The brightest spots sprinkled along the spiral arms are dense pockets of gas and dust where massive stars are born. The most prominent of these is NGC604, visible in the upper left spiral arm. This is an enormous star-forming region where hundreds of thousands of stars are taking shape.

The image is a composite of the wavelengths: 70 microns (blue), 100 microns (green) and 160 microns (red). At the shortest wavelengths, astronomers trace warmer dust, revealing individual regions of star formation and parent clouds. At longer wavelengths, they detect emission from colder dust, outlining some of the cool dust reservoir along the galaxy’s winding spiral arms. This is where stars may be born in the future.

The image spans about one degree on each side; north is up and east is to the left. The data were collected with Herschel's PACS instrument as part of the Herschel M33 extended survey (HerM33es) Key Programme to study the star formation in the Triangulum Galaxy.