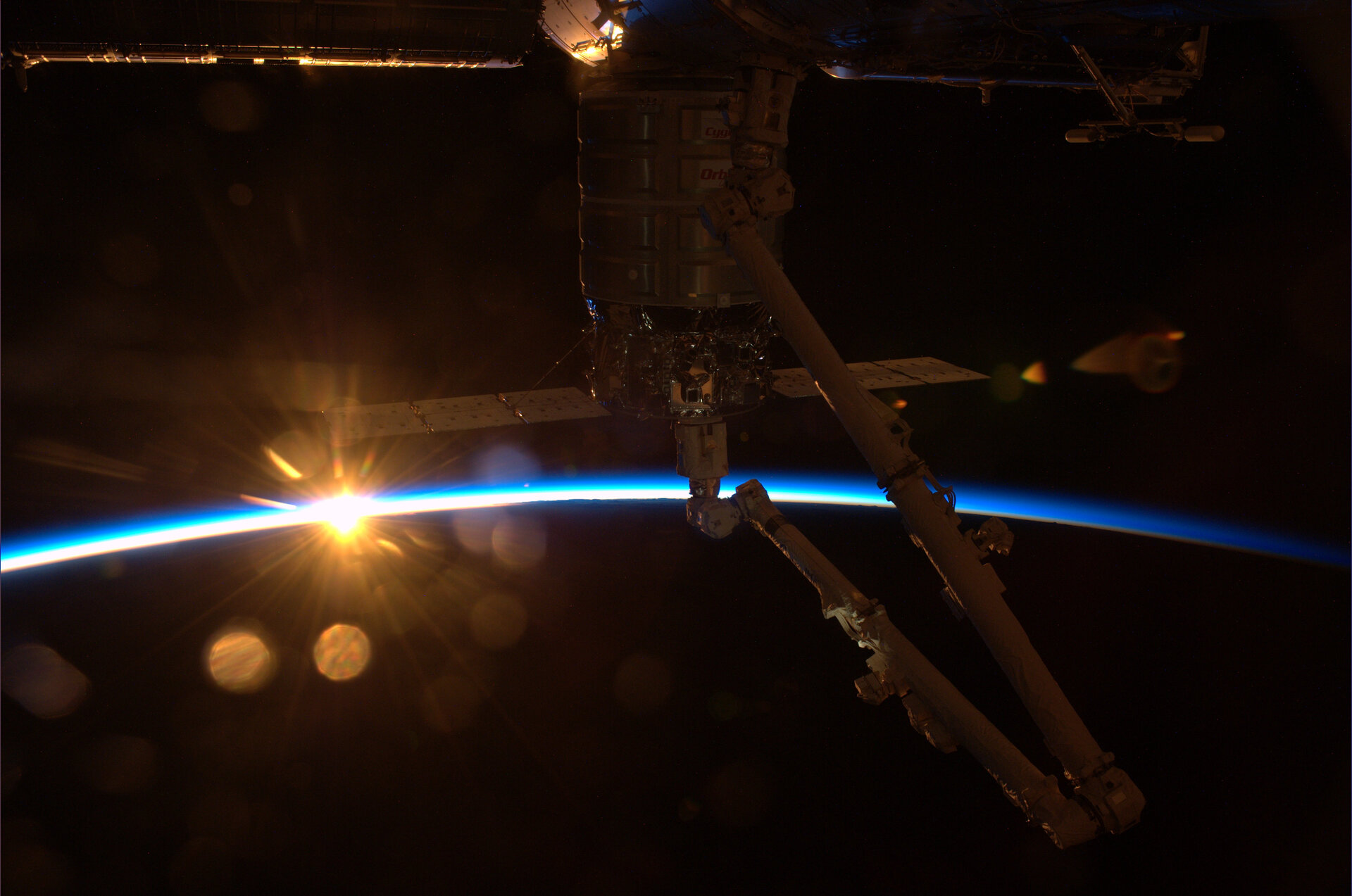 Orbital Science's Cygnus Orbital-2 spacecraft after its capture and berthing with the International Space Station. ESA astronaut Alexander Gerst was in control of the vehicle and communications while colleague NASA astronaut Steve Swanson operated the Station's robotic arm on the left.