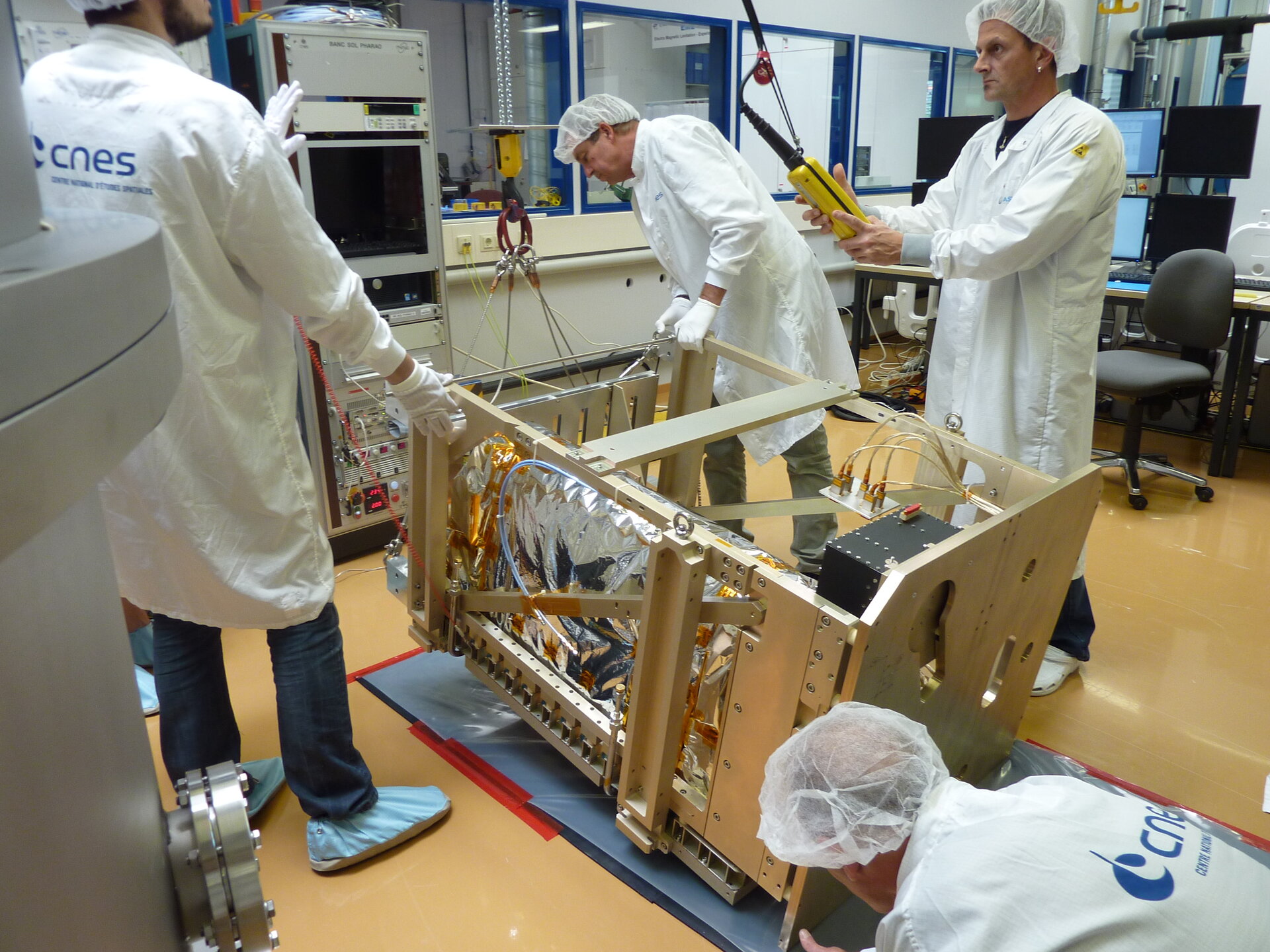 The Pharao atomic space clock arriving at Airbus Space and Defence in Friedrichshaffen, Germany. It will be assembled here with another atomic clock to form part of the Atomic Clock Ensemble in Space, ACES.

Delivered by France’s CNES space agency, Pharao is accurate to a second in 300 million years. This will allow scientists to test fundamental theories first proposed by Albert Einstein to an accuracy that is impossible in laboratories on Earth.

The final 375 kg experiment will be installed on a platform outside Europe’s Columbus space laboratory.