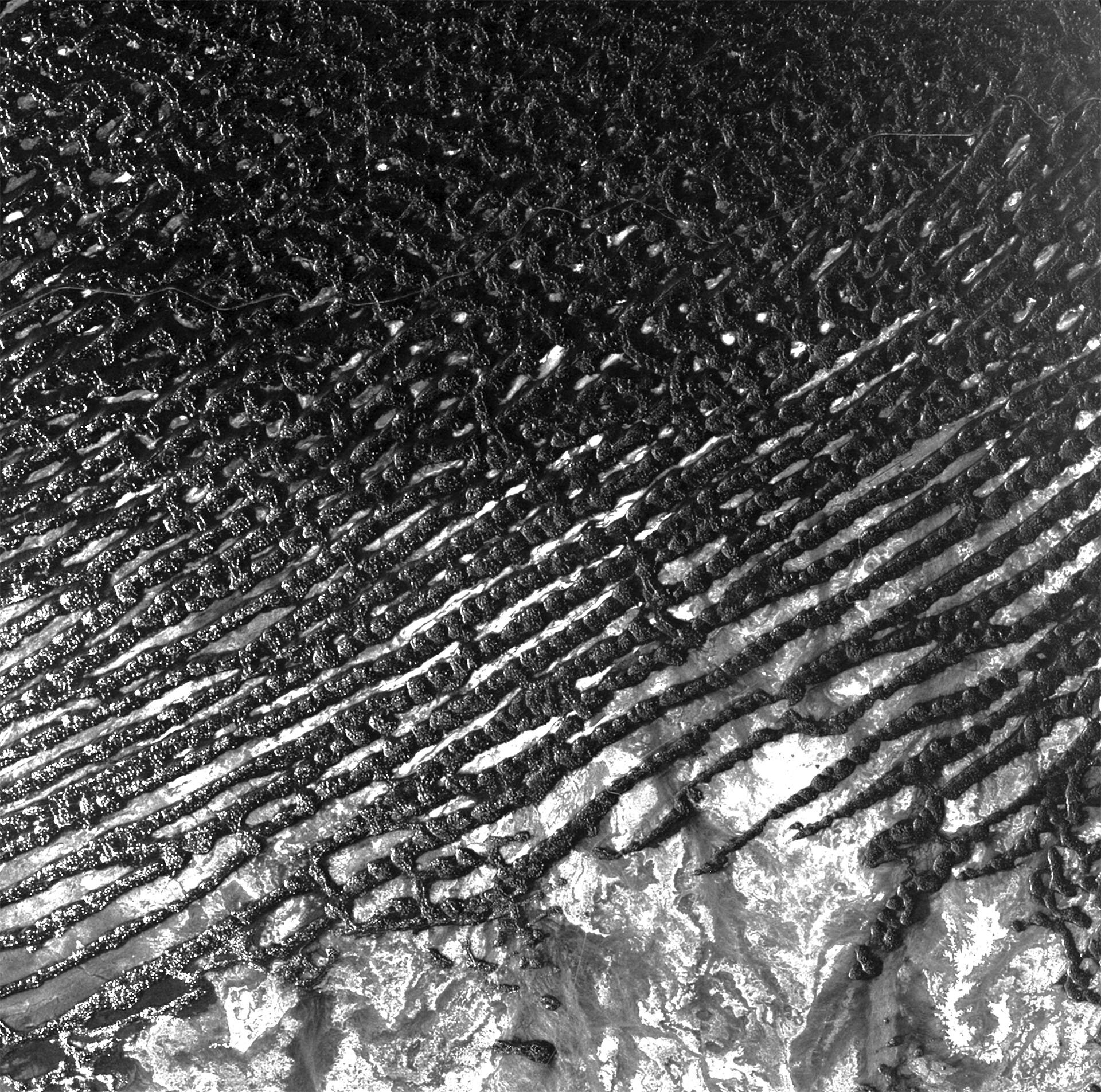 Rolling sand dunes in the expansive Rub’ al Khali desert on the southern Arabian Peninsula are pictured in this radar image from the Sentinel-1A satellite.

Rub’ al Khali – also known at the ‘Empty Quarter’ – is part of the greater Arabian Desert. Its sand dunes reach up to 250 m in height and in some areas are interspersed with hardened flat plains, evident at this bottom half of this image. These plains are what is left of shallow lakes that existed thousands of years ago, formed by monsoon-like rains and runoff.

Today, the region is considered to be  ‘hyper-arid’, with precipitation rarely exceeding 35 mm a year and regular high temperatures around 50°C.

Rub’ al Khali has experienced major desertification over the past 2000 years. Until about the year 300 AD, trade caravans crossed what is today an impassable wasteland.

In the upper part of this image, we can see a road snaking through the remote desert and leading to Kharkhir (not pictured), a Saudi village near the border with Yemen.

Sentinel-1 is a two-satellite radar mission for Europe’s Copernicus programme. The first satellite of the pair, Sentinel-1A, was launched in April. The satellite is still being commissioned to prepare for routine operations.