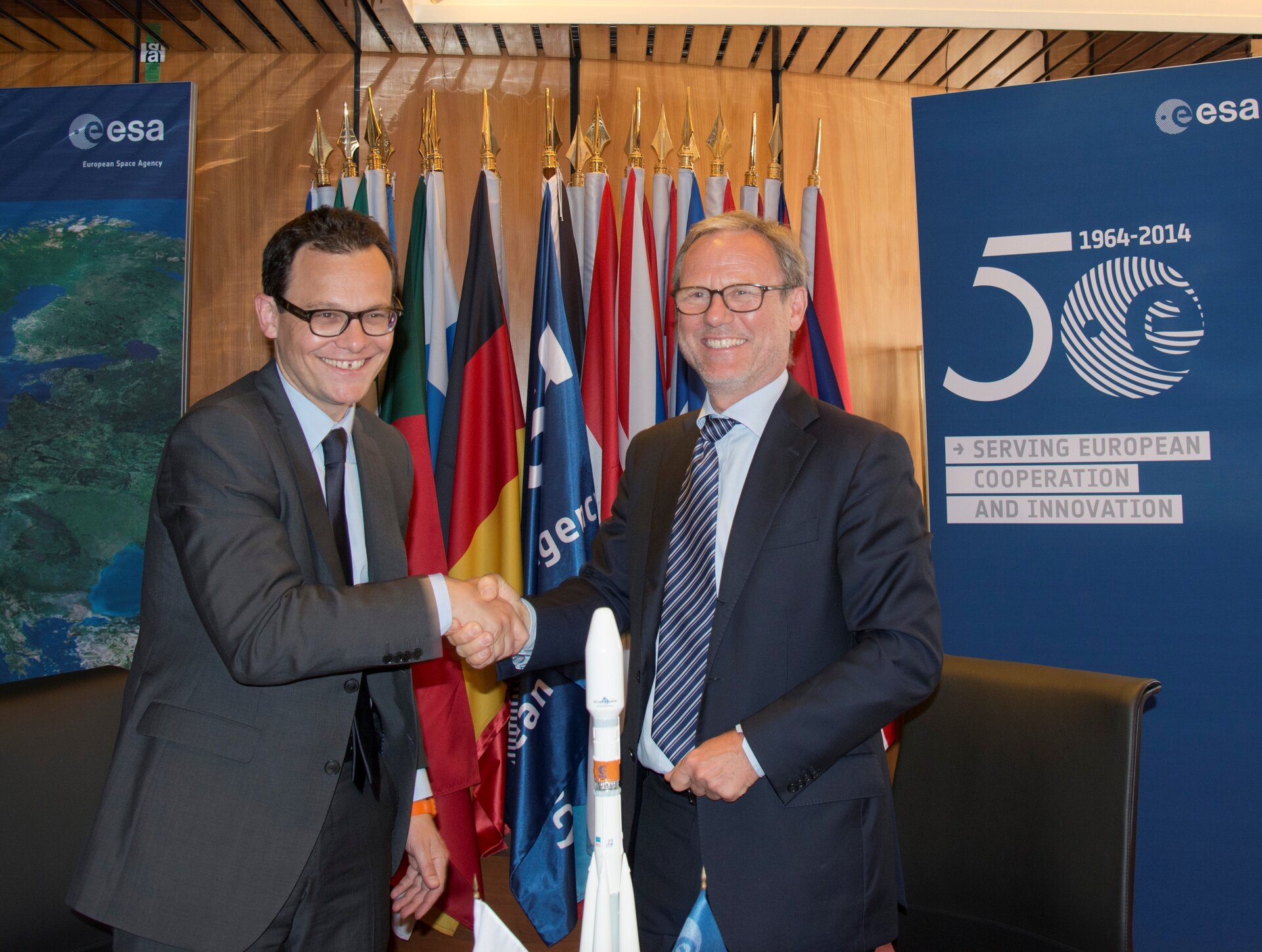 The contract between ESA and Arianespace to launch the Sentinel-1B satellite was signed on 17 July 2014 by ESA’s Director of Earth Observation Programmes, Volker Liebig, and CEO of Arianespace, Stéphane Israël, at ESA headquarters in Paris, France. Sentinel-1B will be launched on a Russian Soyuz rocket from Europe’s Spaceport near Kourou in French Guiana in early 2016.  It will join its twin, Sentinel-1A, which was launched in April 2014. Orbiting Earth 180° apart, the constellation will optimise data delivery and revisits everywhere on Earth every six days. The Sentinel-1 mission is dedicated to providing radar imagery of Earth for Europe’s Copernicus programme.