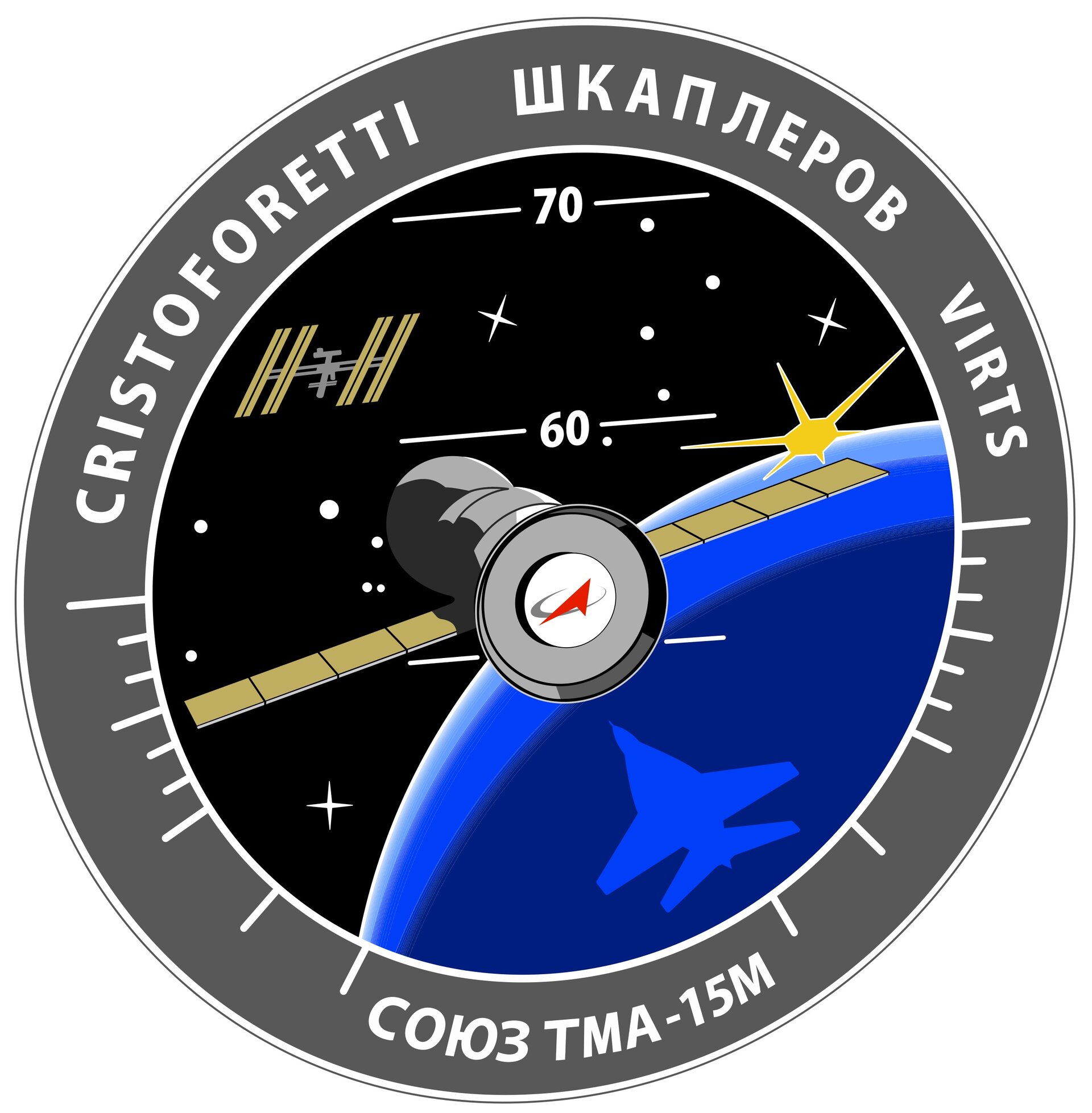 ESA astronaut Samantha Cristoforetti (IT) is assigned to fly on the Soyuz TMA-15M spacecraft to the International Space Station, scheduled for November 2014 and as part of Expedition 42/43. Expedition 42 begins with the scheduled undocking of Soyuz TMA-13M in November 2014. The three new Soyuz TMA-15M crew members (Samantha, cosmonaut Anton Shkaplerov and NASA astronaut Terry Virts) will be launched shortly after. They join cosmonauts Alexandr Samokutyayev and Yelena Serova, and NASA astronaut Barry Wilmore, who will be already on the Station.

The patch is based on the shape and features of an attitude indicator, a fundamental element on an aircraft instrument panel. This represents the pilot profession, which is common to all three crewmembers. The outline of a Soyuz spaceship and its golden solar array panels, representing the horizontal lines of the indicator, are integrated with the instrument’s pitch and bank angle scales. The depicted attitude of the spaceship corresponds to a bank angle of 15° (the serial number of this Soyuz TMA) and a pitch angle of 51° (the orbit inclination).

Russian and Latin characters, indicating the names of the crewmembers and the spaceship’s name ‘Soyuz TMA-15M’, are distributed in the external scale ring. The Soyuz flying above Earth connects the left side of the patch, which includes the destination – ISS, with the right side – the rising Sun (a symbol of cognition and renewal). A shadow, in the shape of an aircraft combining elements of a MiG-29, an F-16 and an AMX (Russian, US and Italian aircraft), accompanies the flight of the spaceship and points to the indissoluble link between aviation and spaceflight.

The three more prominent stars, next to the constellations Auriga and Cassiopeia, represent the fulfilment of a spaceflight by the cosmonaut and the two astronauts of this expedition. The overall number of stars corresponds to the last two figures of the launch year (2014) and, including the Sun, of the return year (2015).

The design is based on a concept from Soyuz TMA-15M commander Anton Shkaplerov and cosmonaut Andrei Babkin, with graphics work by Riccardo Rossi.