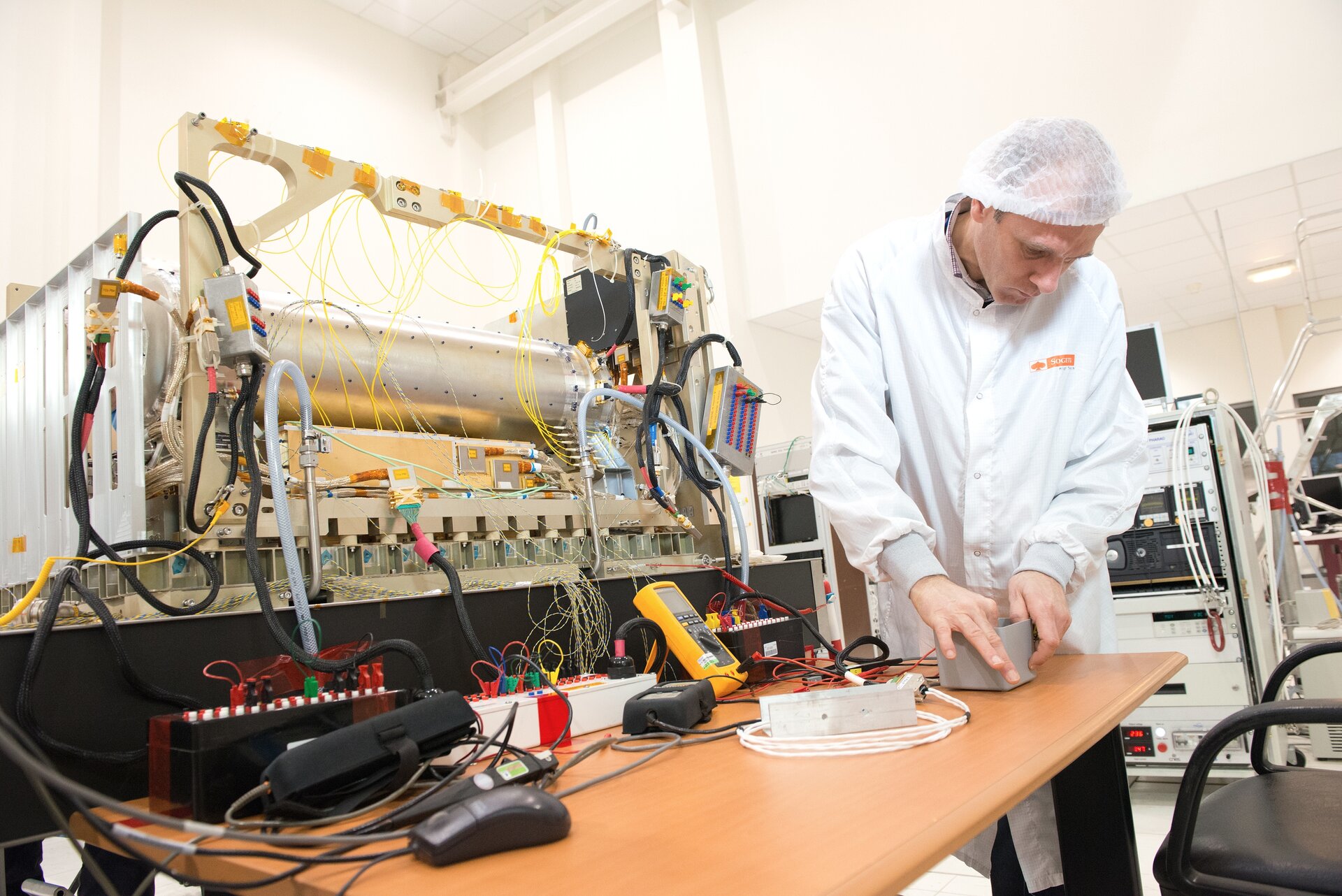 A technician tests the Pharao atomic space clock. Pharao is part of the Atomic Clock Ensemble in Space, ACES, that will fly to the International Space Station in 2016.

Delivered by France’s CNES space agency, Pharao is accurate to a second in 300 million years. This will allow scientists to test fundamental theories first proposed by Albert Einstein to an accuracy that is impossible in laboratories on Earth.

To achieve its accurate timekeeping, the Pharao space clock uses lasers to cool caesium atoms down to  –273°C, close to absolute zero.

The final 375 kg experiment will be installed on a platform outside Europe’s Columbus space laboratory.