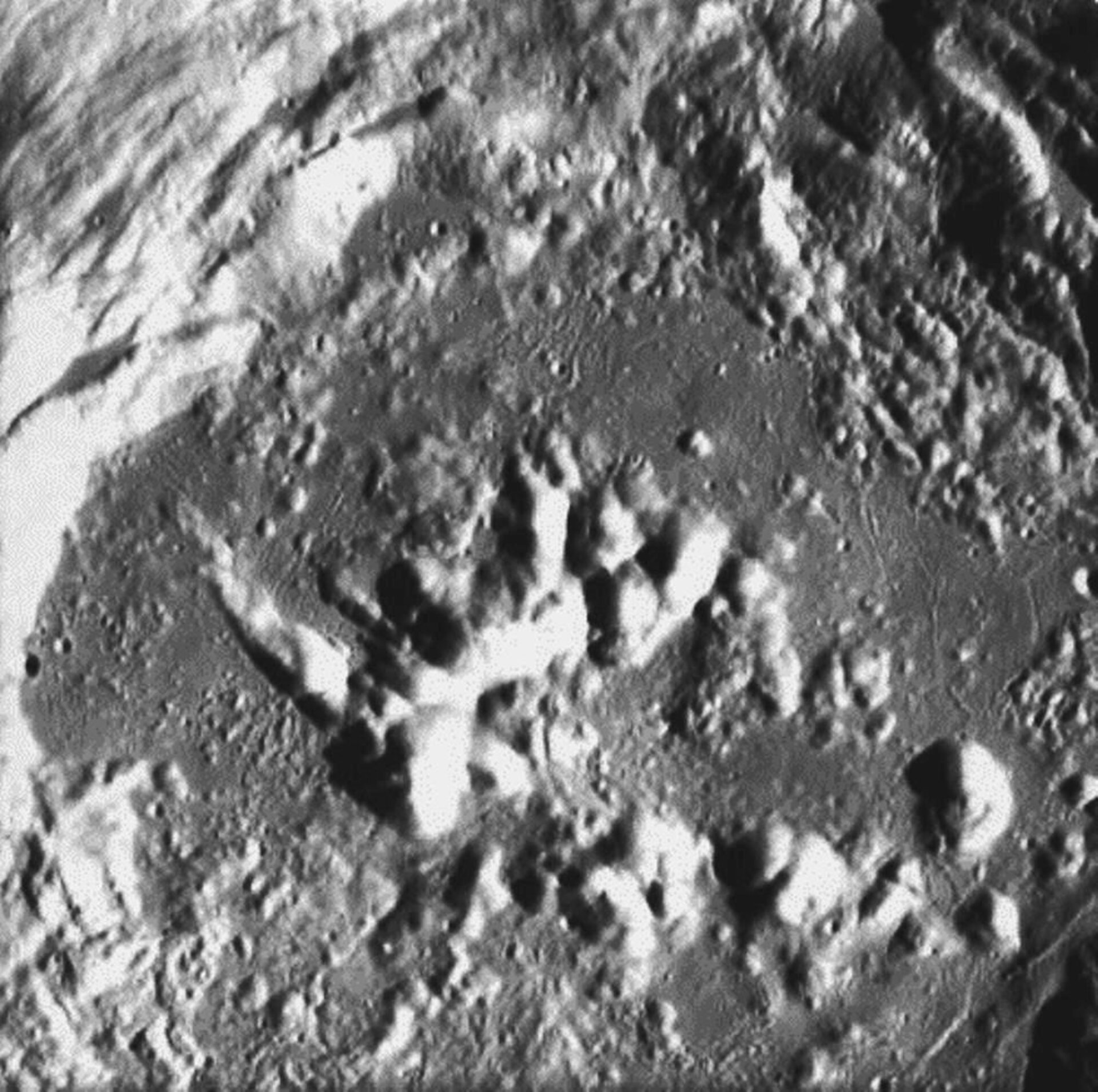 The messy peaks of Zucchius

Even to the naked eye, our Moon looks heavily cratered. The snippet of carved and pitted lunar surface shown in this image lies within a 66 km-wide crater known as Zucchius. From our perspective, Zucchius is located on the edge of the southwest limb of the Moon.

The crater’s uneven and messy appearance is a result of how it formed. Lunar craters like Zucchius were created when rocky bodies, such as, meteors and asteroids, collided with the Moon at speeds of tens of kilometres per second, smashing holes into its surface. More forceful impacts caused material to spring back upwards, a bit like a water droplet hitting a body of water. This process formed a peak in the centre of the impact crater, as shown here by the cluster of bobbly mounds.

Zucchius’s central peak and other features are quite well preserved. They are thought to have formed in the last 1.2 billion years, a time dubbed the ‘Copernican period’. This is very recent compared to the Moon’s age of 4.4 billion years.

Earth was also cratered in this way — were it not for our planet’s different conditions it would look a lot like the Moon. Plate tectonics, the atmosphere and the presence of liquid water have all contributed to changing the shape and appearance of Earth’s surface over time, eroding, covering and smoothing away surface blemishes.

This image was taken with the Advanced Moon Imaging Experiment on board ESA’s SMART-1 on 14 January 2006, as the spacecraft skimmed just 753 km above the Moon’s surface. Zucchius was named after the 17th-century Italian astronomer Niccolò Zucchi, who was involved in some of the first designs for the reflecting telescope, and who made early observations of Jupiter's belts and spots on Mars.