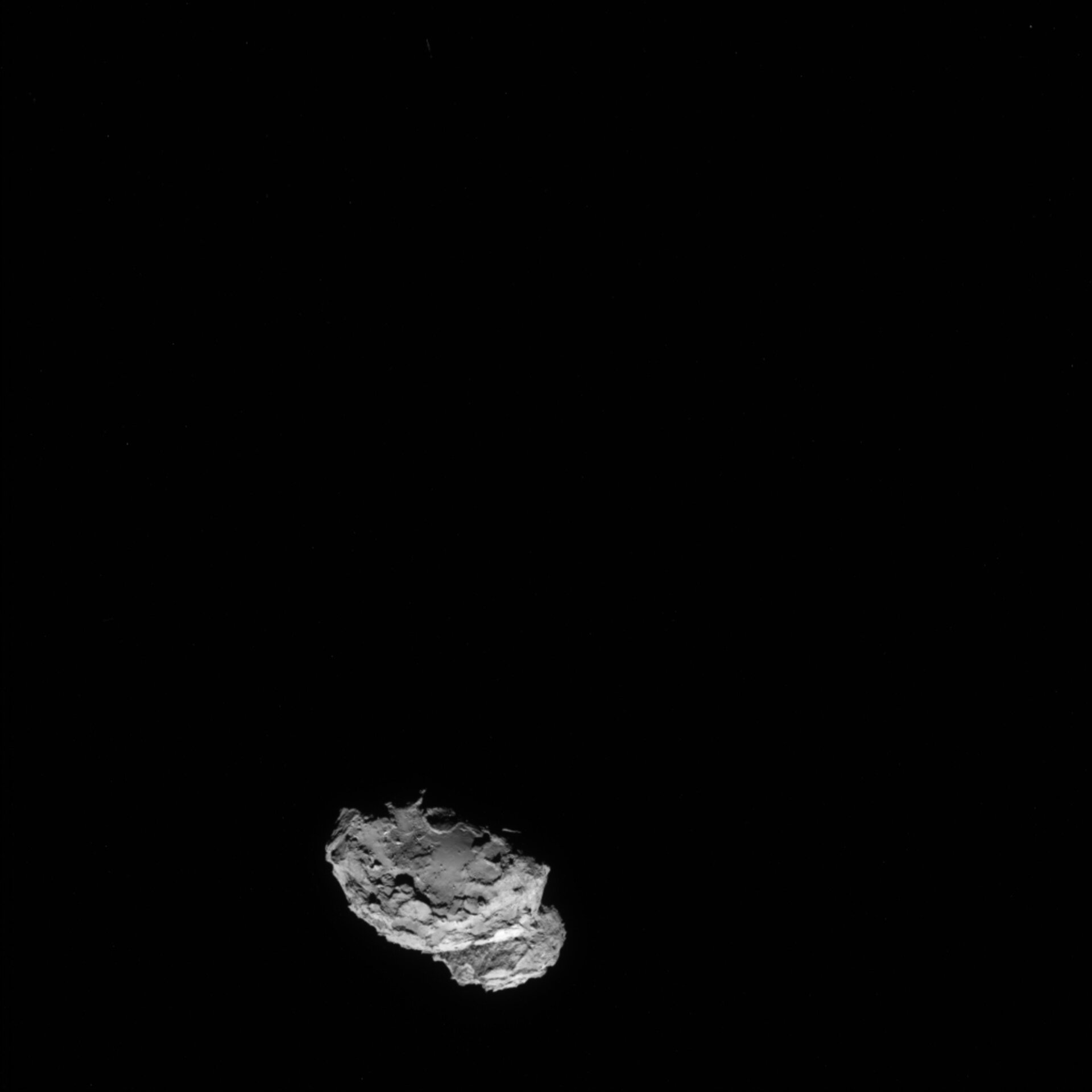 Full-frame NAVCAM image taken on 4 August 2014 from a distance of about 234 km from comet 67P/Churyumov-Gerasimenko. The image has been processed using an interpolation technique – the factor for scaling up and interpolation is 2. The resolution has therefore been increased from 1024 x 1024 to 2048 x 2048 pixels.

The comet is not centred in the full-frame image as a result of the rendezvous burn conducted the previous day, which adjusted Rosetta's trajectory towards the comet. This effect is corrected for in the commands sent to the spacecraft after the new orbit has been determined.