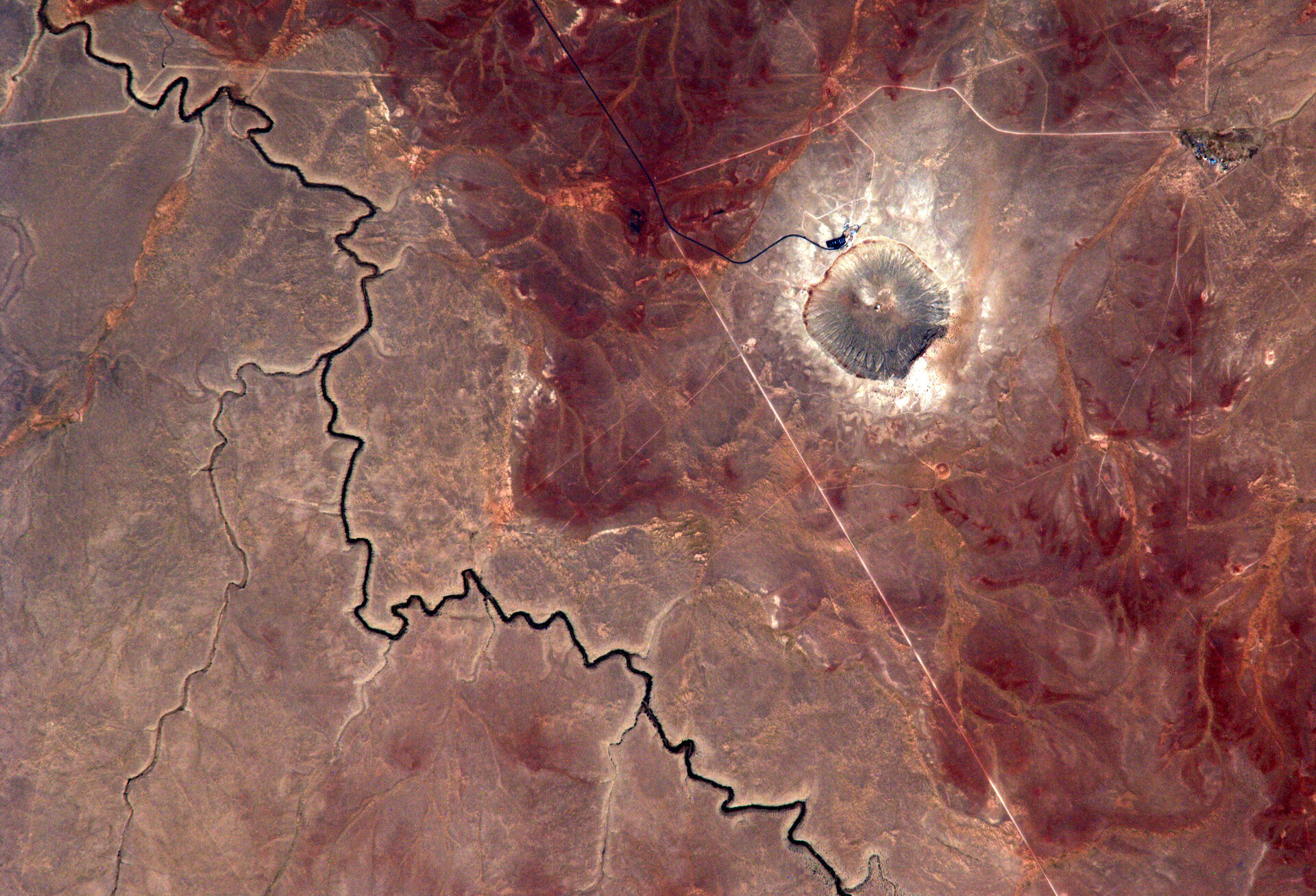 Meteor Crater, located near Winslow, Arizona, as photographed from the International Space Station. Also known as the Barringer Meteorite Crater, the 1186 m-diameter crater is approximately 180 metres deep and is surrounded by a rim of smashed and jumbled boulders, some as big as houses. The structure visible on the north side of the Crater is the Visitor's Centre. ESA astronaut Alexander Gerst shared this image on Twitter.

Alexander Gerst is currently a member of the resident International Space Station Expedition 40 crew. He is spending five and a half months living and working on the ISS for his Blue Dot mission.

More images from Alexander Gerst in his Flickr Photostream: www.flickr.com/photos/astro_alex/