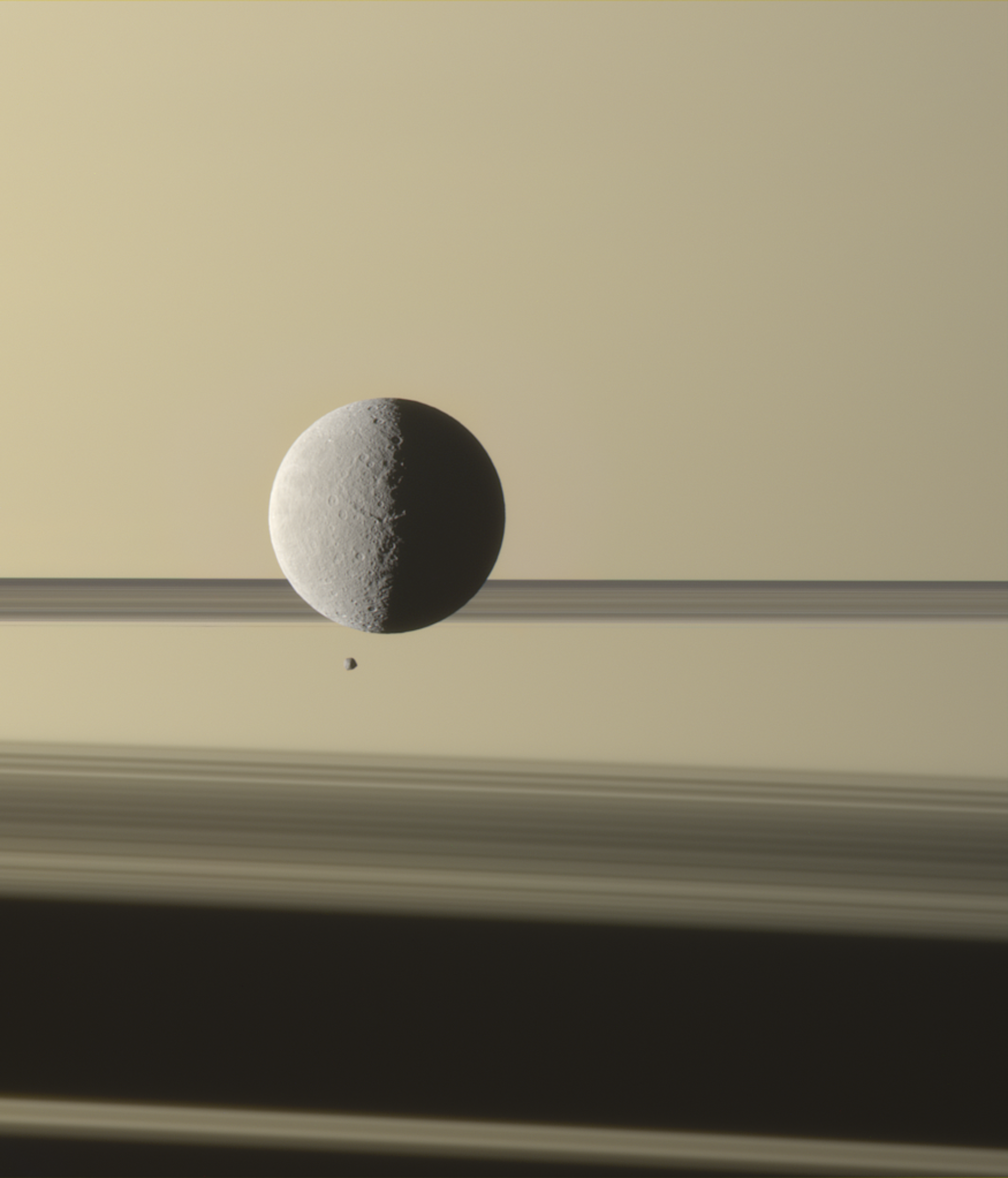 Saturn has a great many more moons than our planet – a whopping 62. A single moon, Titan, accounts for an overwhelming 96% of all the material orbit the planet, with a group of six other smaller moons dominating the rest. The other 55 small satellites whizzing around Saturn make up the tiny remainder along with the gas giant’s famous rings.

One of the subjects of this Cassini image, Rhea, belongs to that group of six. Set against a backdrop showing Saturn and its intricate system of icy rings, Rhea dominates the scene and dwarfs its tiny companion, one of the 55 small satellites known as Epimetheus.

Although they appear to be close to one another, this is a trick of perspective – this view was obtained when Cassini was some 1.2 million km from Rhea, and 1.6 million km from Epimetheus, meaning the moons themselves had a hefty separation of 400 000 km.

However, even if they were nearer to each other, Rhea would still loom large over Epimetheus: at 1528 km across and just under half the size of our own Moon, Rhea is well over 10 times the size of Epimetheus, which is a modest 113 km across.

As is traditional for the earliest discovered moons of Saturn, both are named after figures from Greek mythology: the Titan Rhea (“mother of the gods”) and Prometheus’ brother Epimetheus (“after thinker” or “hindsight”).

This image was taken by Cassini’s narrow-angle camera on 24 March 2010, and processed by amateur astronomer Gordan Ugarković. A monochrome version was previously released by NASA as PIA12638: Big and Small Before Rings.