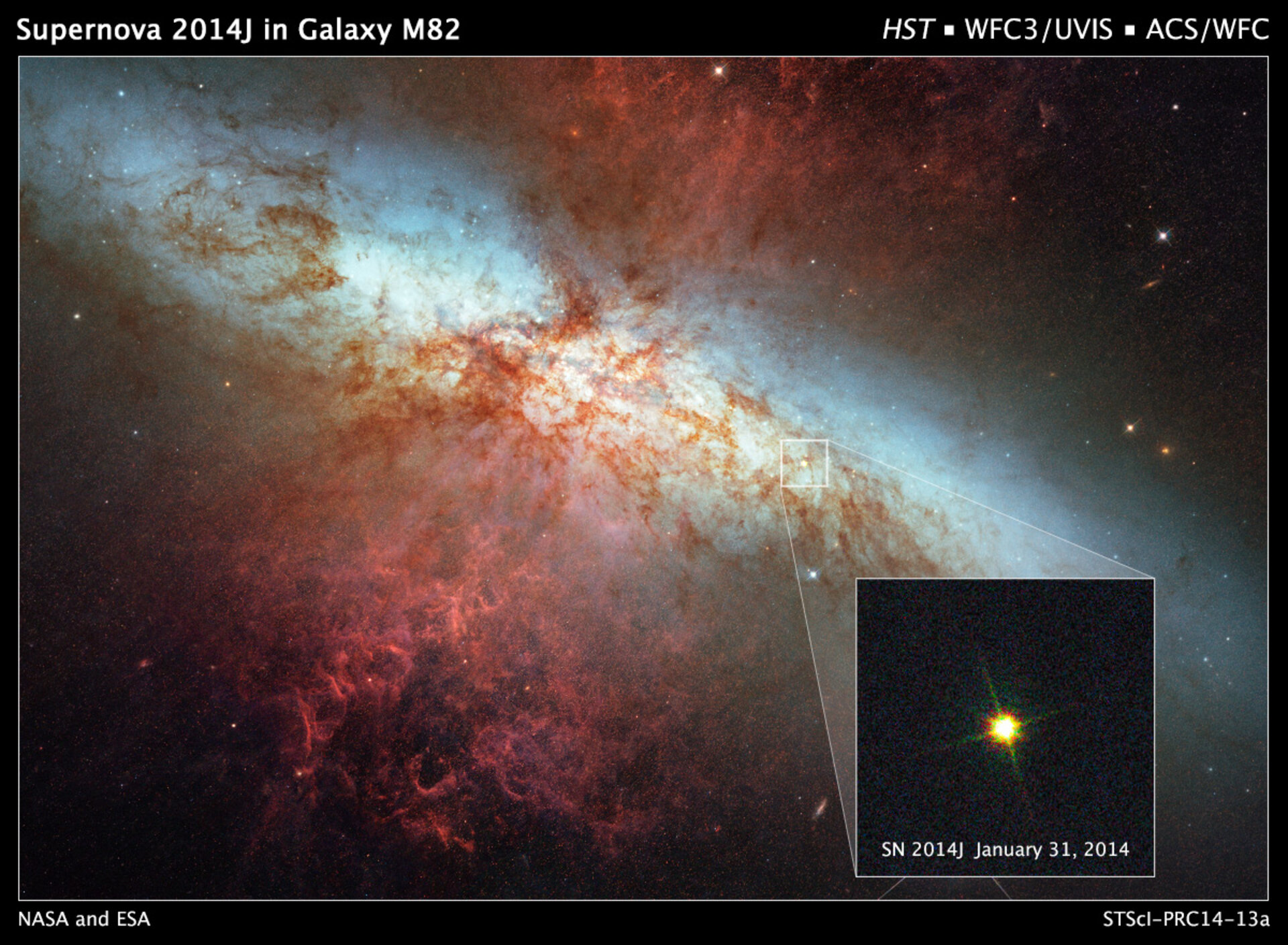 Supernova SN2014J in nearby galaxy M82

In January 2014, a supernova was discovered in the nearby galaxy M82. At a distance of about 11.5 million light-years from Earth, SN2014J as it is known, is the closest of its type to be detected in decades.

This composite Hubble image shows the supernova in visible light, obtained on 31 January with Hubble’s Wide Field Camera 3, superimposed on a mosaic of the entire galaxy taken in 2006 with Hubble’s Advanced Camera for Surveys.