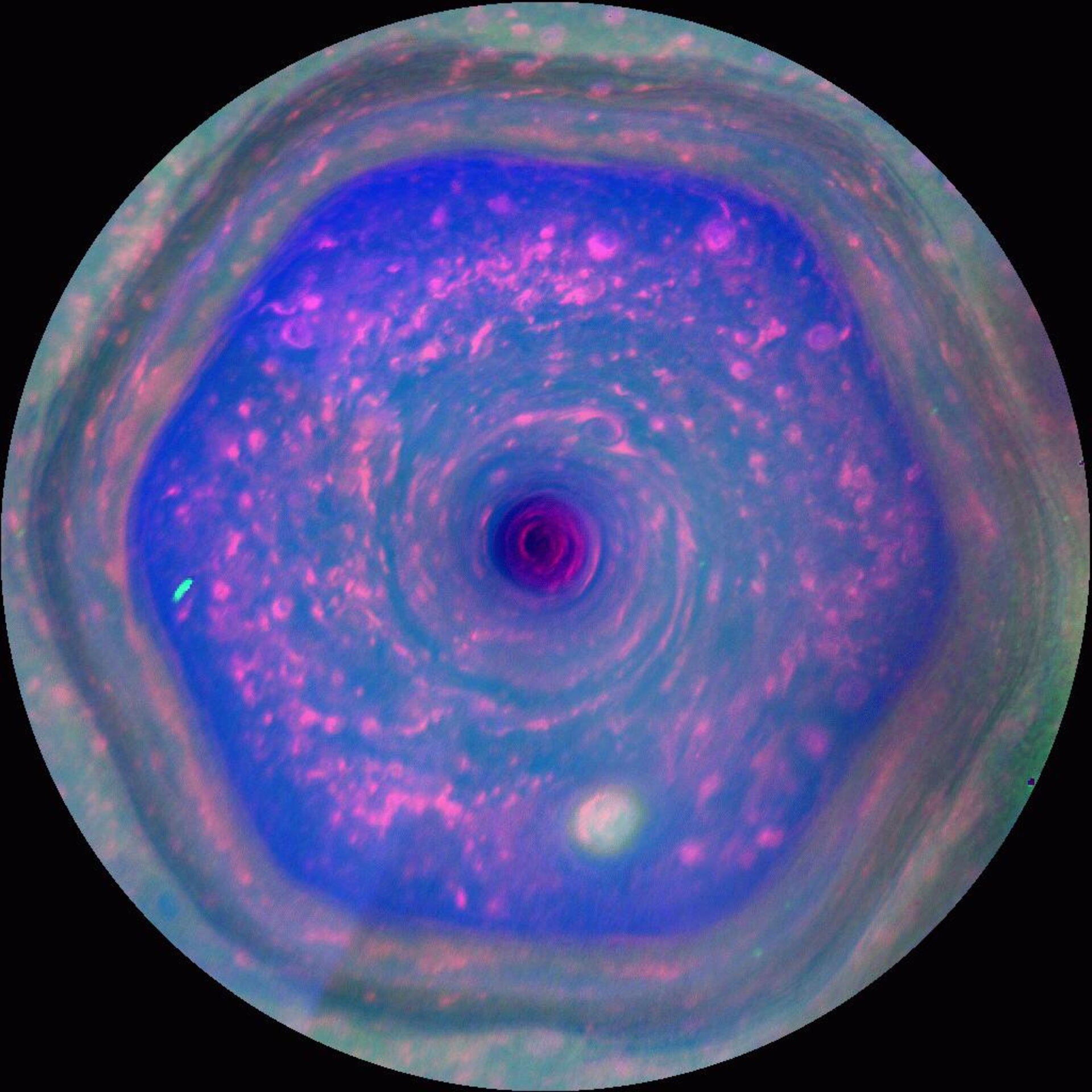 The giant planet Saturn is mostly a gigantic ball of rotating gas, completely unlike our solid home planet. But Earth and Saturn do have something in common: weather, although the gas giant is home to some of the most bizarre weather in our Solar System, such as the swirling storm shown in this Cassini view.

Known as “the hexagon”, this weather feature is an intense, six-sided jet stream at Saturn’s north pole. Spanning some 30 000 km across, it hosts howling 320 km/h winds that spiral around a massive storm rotating anticlockwise at the heart of the region.

Numerous small vortices rotate in the opposite direction to the central storm and are dragged around with the jet stream, creating a terrifically turbulent region. While a hurricane on Earth may last a week or more, the hexagon has been raging for decades, and shows no signs of letting up.

This false-colour image of the hexagon was made using ultraviolet, visible and infrared filters to highlight different regions.

The dark centre of the image shows the large central storm and its eye, which is up to 50 times bigger than a terrestrial hurricane eye. The small vortices show up as pink-red clumps. Towards the lower right of the frame is a white-tinted oval storm that is bigger than any of the others — this is the largest of the vortices at some 3500 km across, twice the size of the largest hurricane ever recorded on Earth.

These large particles are created when sunlight shines onto Saturn’s atmosphere, something that only started relatively recently in the northern hemisphere with the beginning of northern spring in August 2009.

Cassini will continue to track changes in the hexagon, monitoring its contents, shape and behaviour as summer reaches Saturn’s northern hemisphere in 2017.

An animated version is available here.