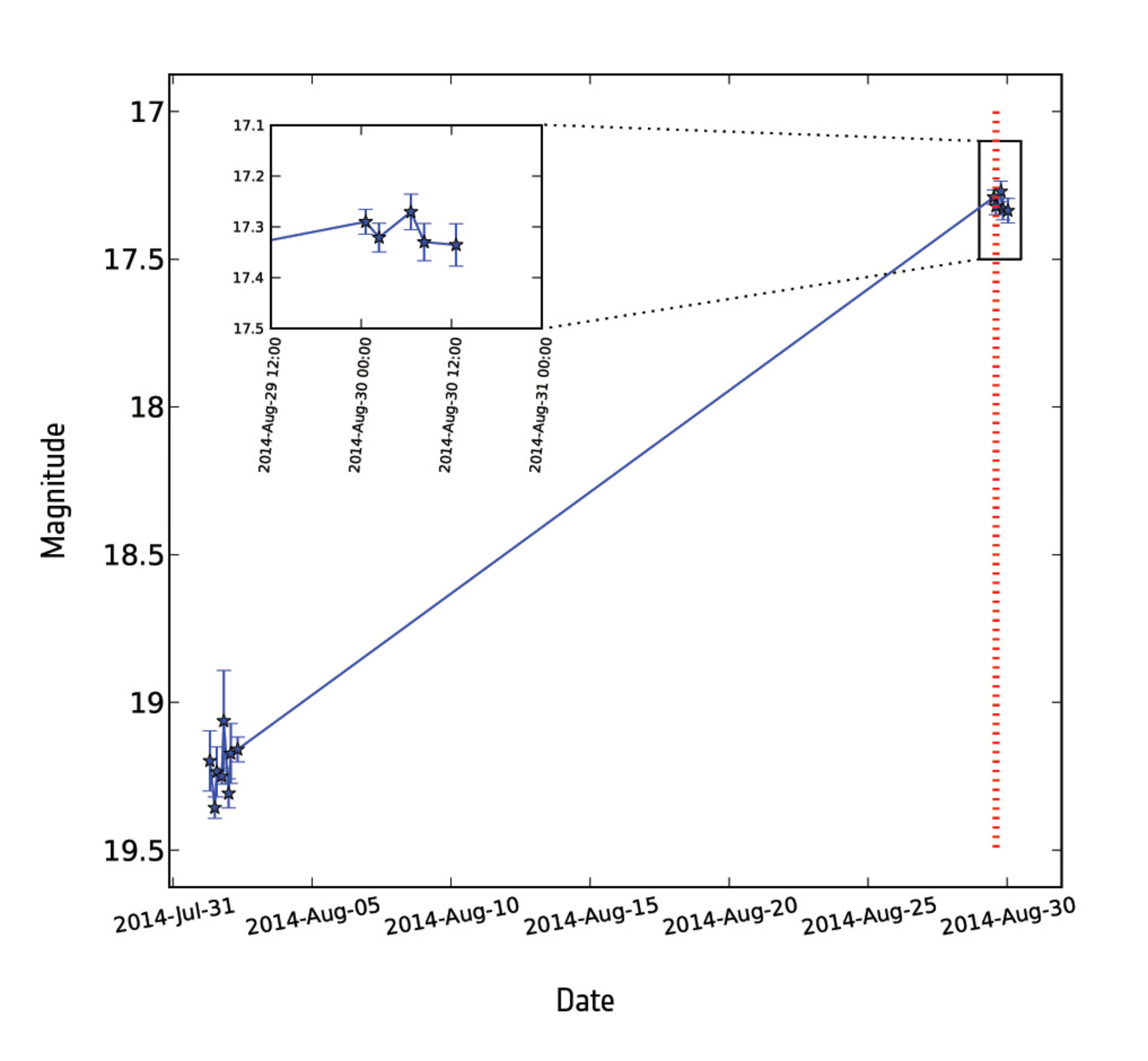 Light curve of galaxy SDSS J132102.26+453223.8 obtained with Gaia. It shows the evolution in time of the galaxy’s brightness. The brightness is indicated on the vertical axis; smaller magnitude values indicate a brighter source.

The light curve shows how the galaxy significantly brightened up between the two consecutive Gaia observations because of a stellar explosion, or supernova, which was named Gaia14aaa. This is the first supernova discovered with Gaia.

Using data from Gaia and other telescopes, astronomers confirmed that Gaia14aaa is a Type Ia supernova, the explosion of a white dwarf caused by the accretion of matter from a companion star in a binary system.