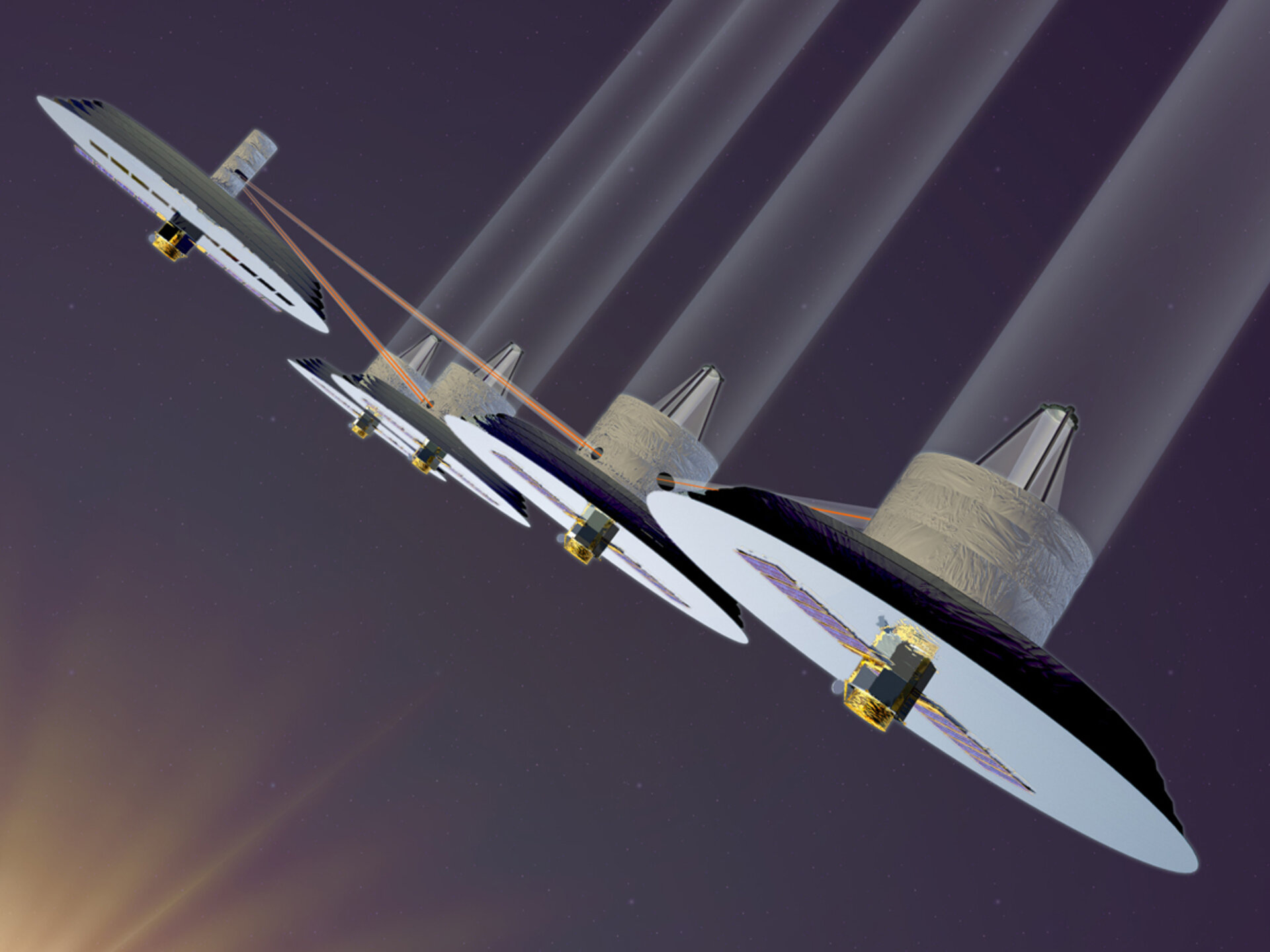 Multiple satellites flying in formation have been proposed as the next step in mission design. For instance, a series of precisely aligned space telescopes could combine their light using a technique called interferometry in order to produce images equivalent in resolution to a single giant telescope. The snag is that such missions will require not only precisely controlled formation flying to be perfected but also ultrastable satellite materials, to prevent any loss of alignment down to a millionth of a millimetre. A proposed ESA mission called Darwin would have used such a technique to look for faint extrasolar planets. The concept was studied but not pursued.