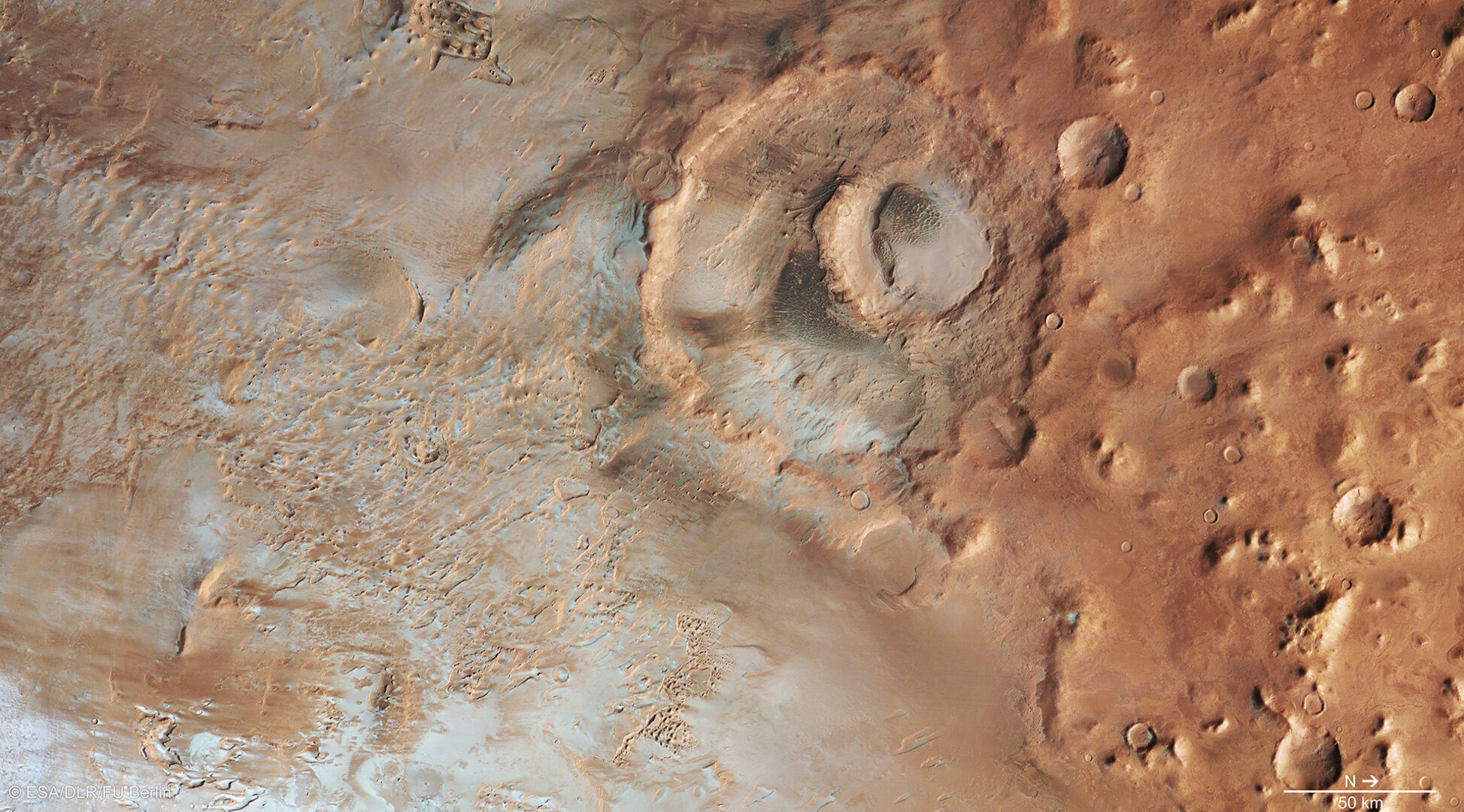 Hooke crater is located near the northern edge of the 1800 km-wide Argyre basin, one of the most impressive impact structures on Mars, excavated in a giant collision about 4 billion years ago.

Situated in a flat part of the basin known as Argyre Planitia, Hooke crater has a diameter of 138 km and a maximum depth of about 2.4 km. It is named after the English physicist and astronomer Robert Hooke (1635–1703).

Hooke crater comprises two different impact structures, with a smaller impactor blasting a depression off-centre in the floor of a larger, pre-existing crater. The newer crater in the centre is filled with a large mound topped by a dark dune field. The mound appears to be composed of layered material, possibly alternating sheets of sand and frost.

The image was acquired by the High Resolution Stereo Camera on Mars Express on 20 April 2014 during orbit 13 082. The ground resolution is about 63 m per pixel. Hooke crater is located at about 46°S / 316°E. North is right and East is down.