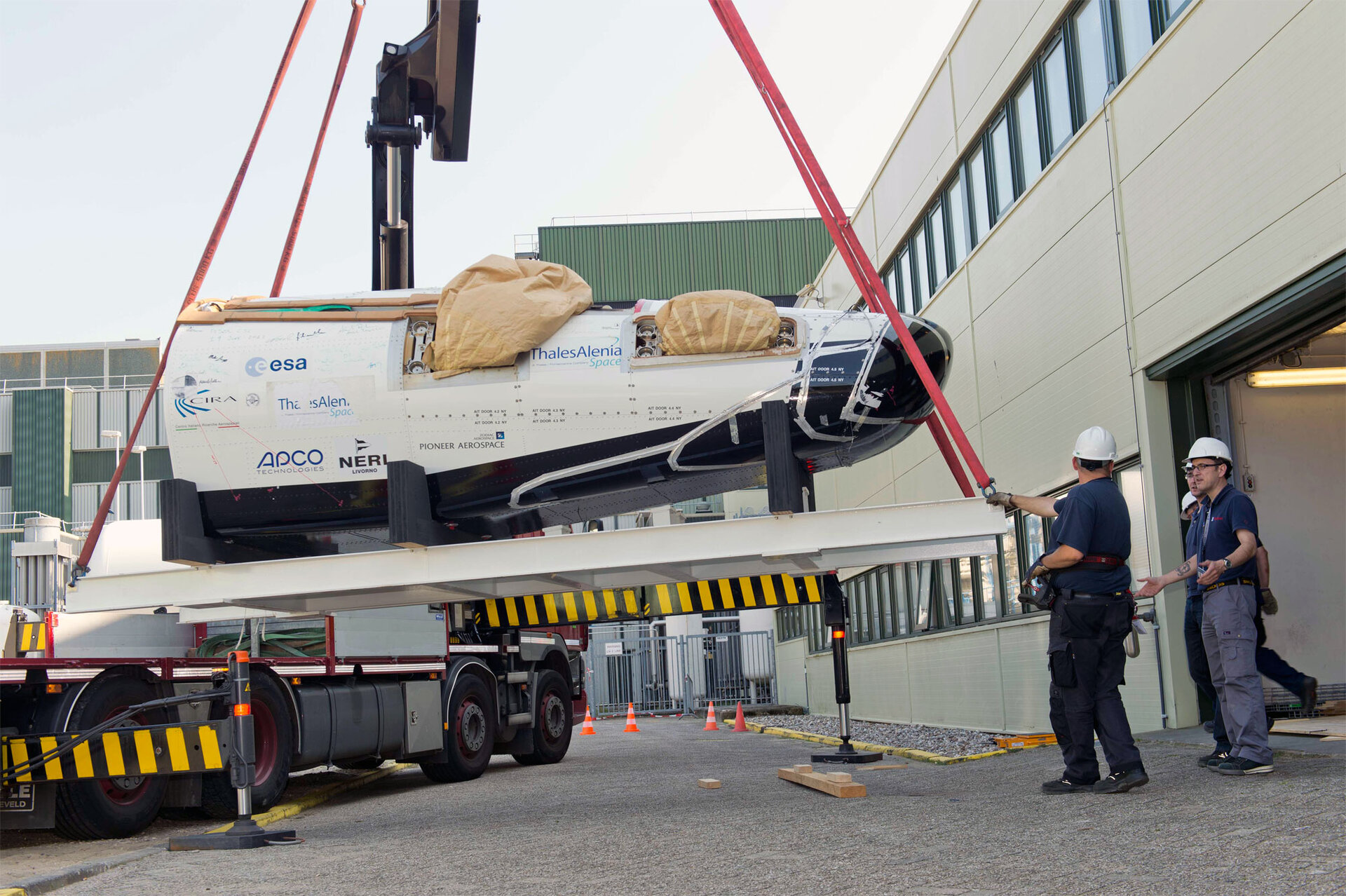 This drop-test model of ESA’s Intermediate eXperimental Vehicle (IXV) spaceplane will be one of the star attractions of the Sunday, 5 October ESTEC Open Day.

This replica was built to be dropped from a helicopter and parachuted into the Mediterranean, to ensure the flight model would survive splashdown at the end of its plunge from space.

The actual spaceplane will fly on a Vega launcher this November, coasting as high as 450 km before gliding back to Earth. In the process, it will gather valuable data on atmospheric reentry conditions.

The flight model was, until this week, being tested for space only a few tens of metres away from its drop-test twin, within the cleanroom environment of the ESTEC Test Centre.

With its test programme complete, it has now been flown to Europe’s Spaceport in French Guiana to begin its launch campaign.

Having been designed for a sea splashdown, the drop-test model can readily withstand the Dutch weather. Visitors can view it in its new position outside the Test Centre throughout the Open Day.