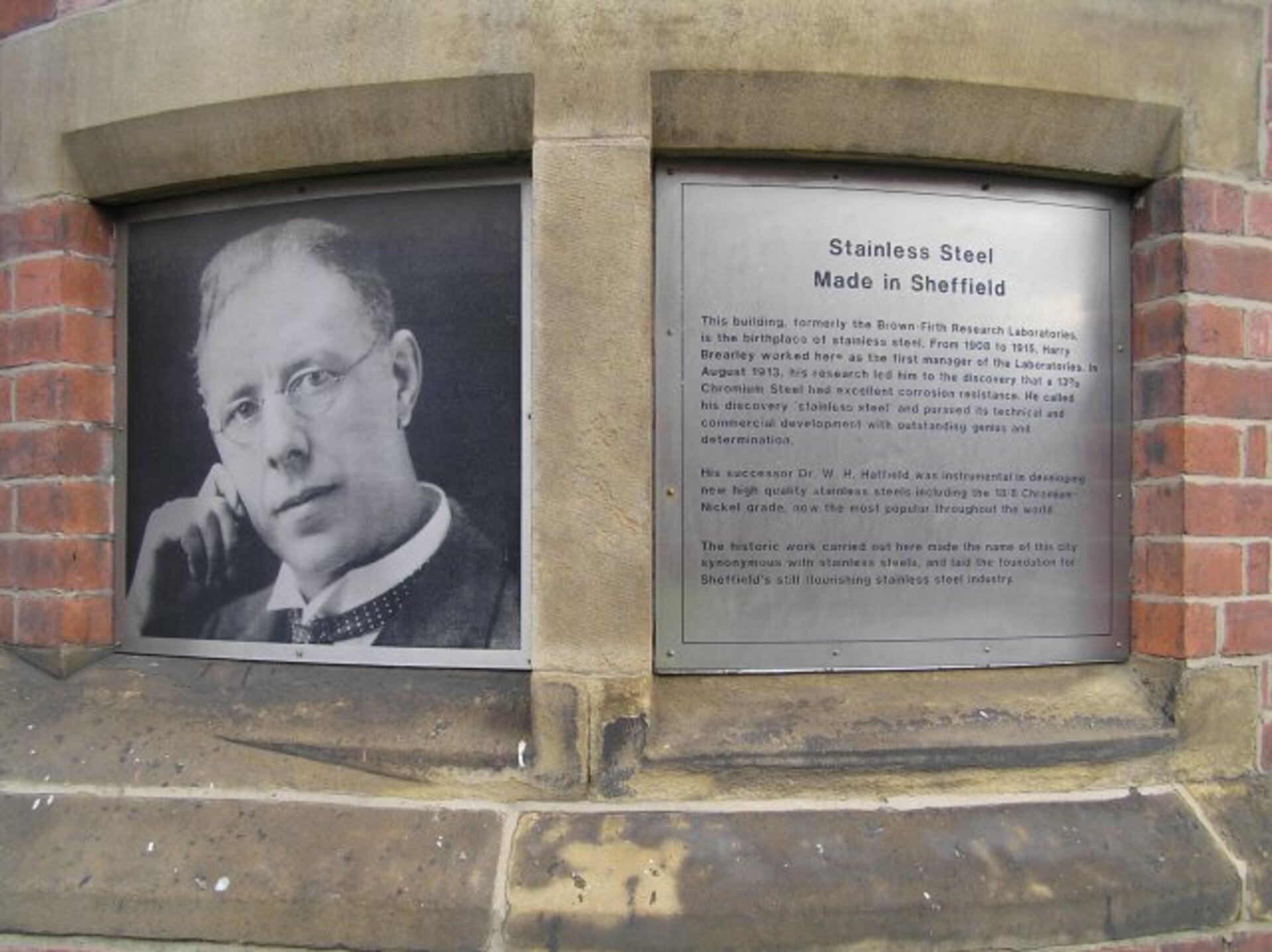 Monument to metallurgist Harry Brearley, who in 1913 discovered that chromium added to steel gave it enhanced corrosion protection, which became known as 'stainless steel'. The chromium in the steel reacts with oxygen in the air to form an invisible protective and self-healing chromium oxide layer in place of the more usual iron oxide, better known as rust.