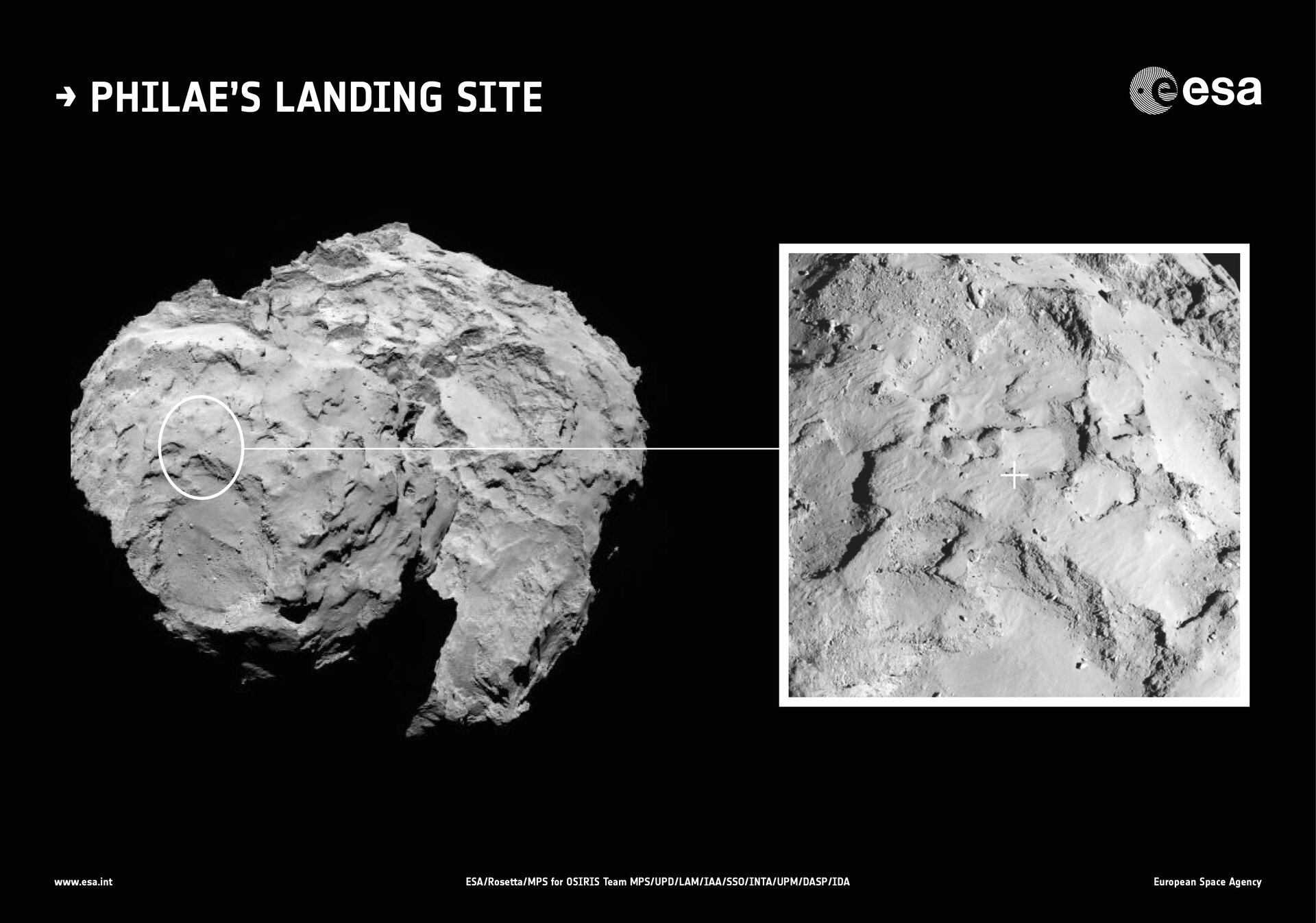 The primary landing site was chosen from five candidates during the Landing Site Selection Group meeting held on 13–14 September 2014.