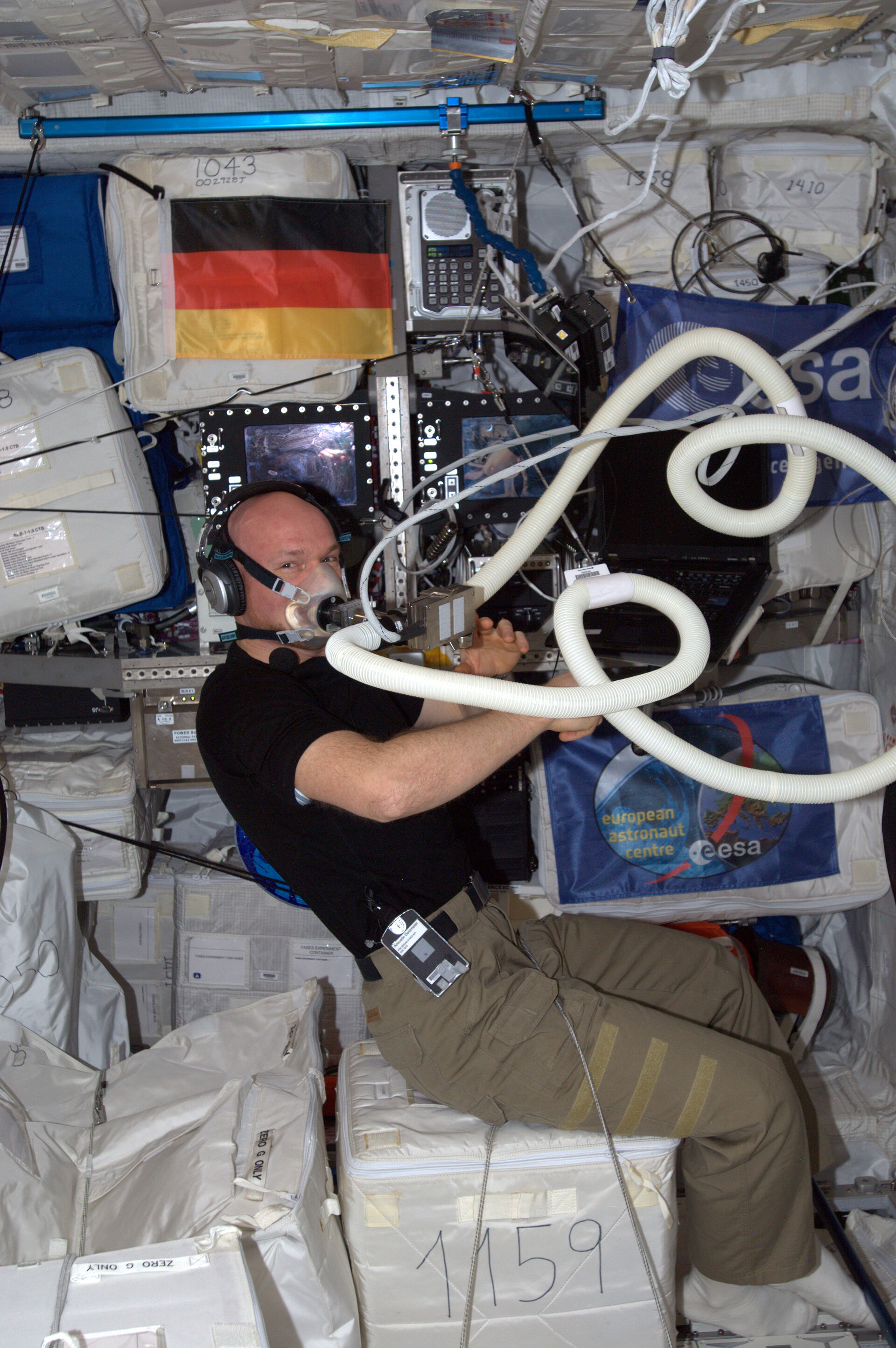 ESA astronaut Alexander Gerst during a session of the ENERGY experiment that is looking at how people consume energy in space.

Alexander commented on this photo: "Five hours of breathing through a pipe for a better understanding of the human ENERGY balance".

Scientists want to know how to feed people on future missions such as to Mars. Planning an 18-month mission to the Red Planet requires accommodating all hardware and supplies down to the kilogram. This experiment sets out to ask: how much food does an astronaut need for 18 months in space? Imagine an astronaut running out of energy during a critical moment such as a Mars landing.

This experiment looks at the energy expenditure of astronauts to plan adequate but not excessive food supplies. It is a complex experiment and many astronauts are involved.

The space part of this experiment lasts 11 days. Space food is eaten from a special package on the first two days and everything is registered with bar codes and on written forms to know exactly what the astronaut will eat. She will drink water with deuterium isotopes and regularly collect water and urine samples. The isotopes allow the scientists to examine how astronaut’s energy levels change over the 11-day period.

A mask measures the amount of oxygen absorbed for 20–50 minutes at a time during the second day to deduce energy consumption. All movements are recorded during the experiment using an activity monitor.