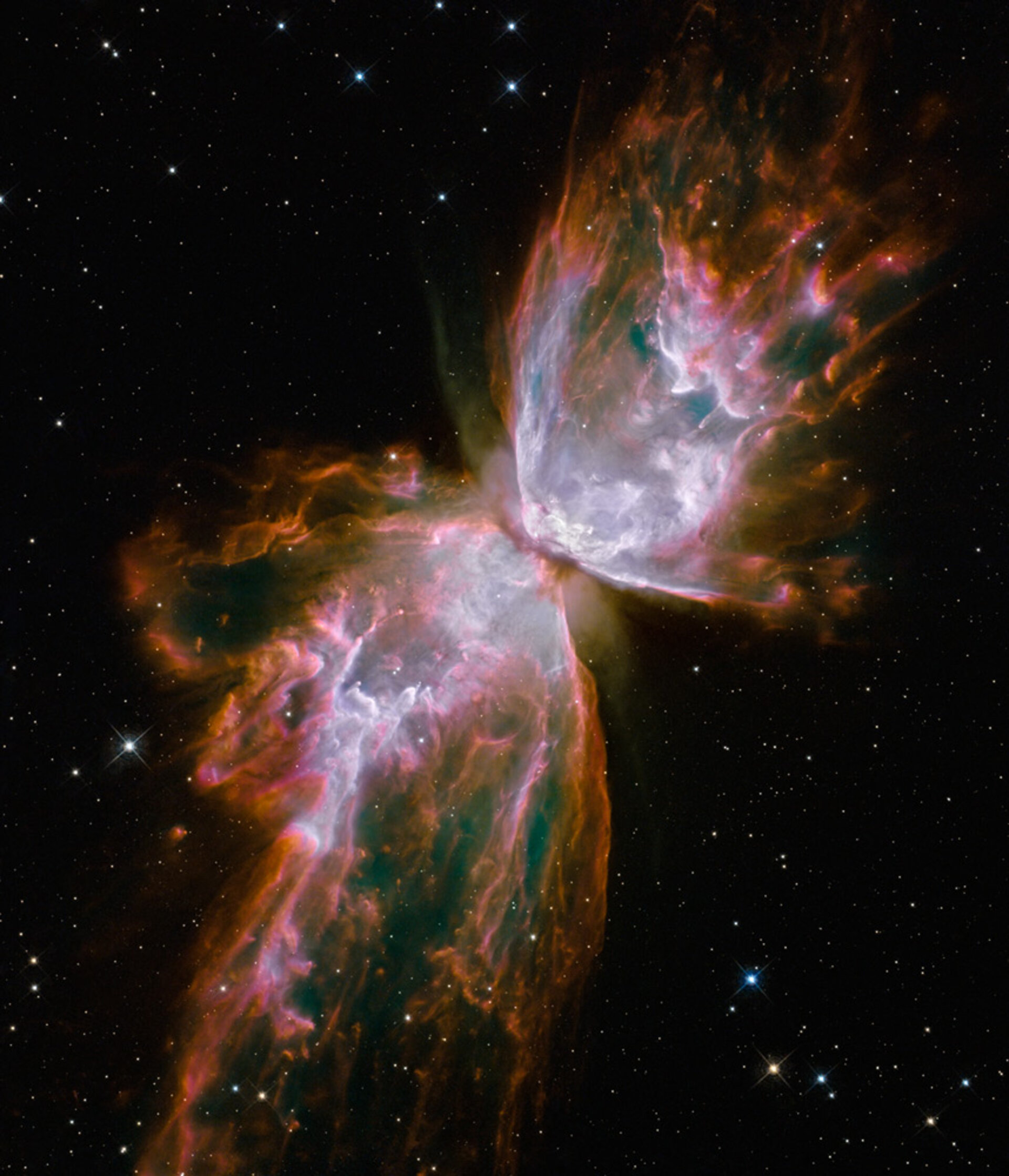 Many celestial objects are beautiful – swirling spiral galaxies or glittering clusters of stars are notable examples. But some of the most striking scenes are created during the death throes of intermediate-mass stars, when great clouds of superheated gas are expelled into space. These dying breaths form planetary nebulas like NGC 6302, captured here in this image from the NASA/ESA Hubble Space Telescope.

Known perhaps more appropriately as the Bug or Butterfly Nebula, this complex nebula lies roughly 3800 light-years away from us within the Milky Way. It was formed when a star around five times the mass of our Sun became a red giant, ejected its outer layers, and became intensely hot. Its distinctive shape classifies it as a bipolar nebula, where fast-moving gas can escape more easily from the poles of the dying star than from around its equator. This creates a lobed structure reminiscent of an hourglass or, as in this case, a giant cosmic butterfly.

While this image is beautiful in its own right, the mix of colours actually tells us a lot about physical conditions within the nebula.

The red edges of the butterfly wings represent areas that emit light from the element nitrogen, due to the relatively low temperatures there. Conversely the white splashes closer to the nebula's centre pinpoint light emitted by the element sulphur, marking regions of higher temperature and colliding gases closer to the central star.

This hot gas was expelled from the star and collided with slower-moving gas in its path, creating rippling shock waves through the nebula. An example of such a shock wave can be seen in the well-defined white blob towards the top right of the image.

Other colours identify emission from oxygen, helium and hydrogen gases. The observations making up this composite image were taken in optical and ultraviolet light on 27 July 2009, using Hubble's Wide Field Camera 3. The Principal Investigators for the observing programme are K. Noll , H. Bond  and B. Balick.

This image was originally released in September 2009 on the NASA Hubblesite.