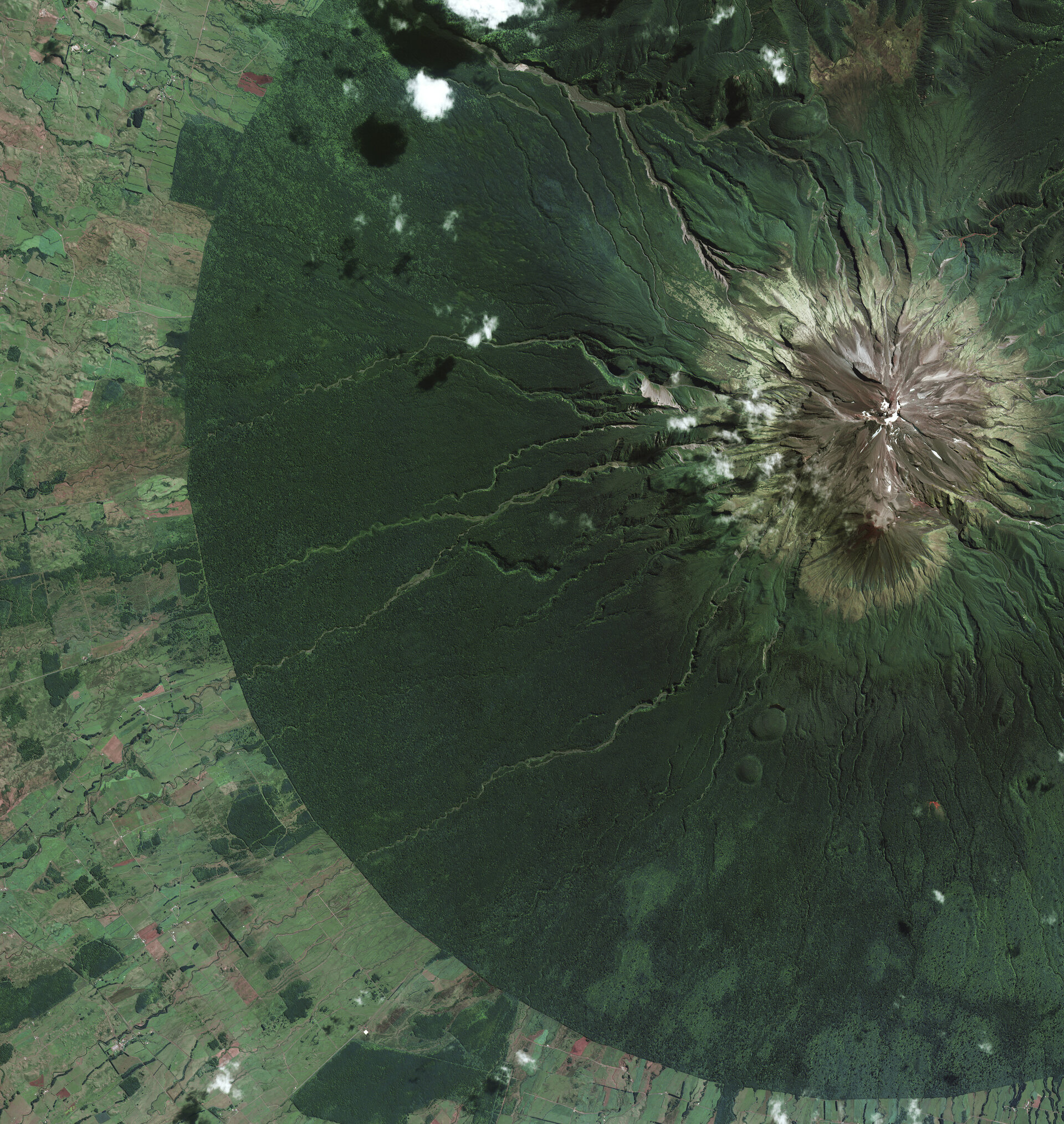 National parks protect forested areas from human activities that cause land degradation and deforestation. The boundary between protected and non-protected areas is often very clear in satellite images – as we see here between the green, densely forested area and surrounding agricultural landscape.

The land here was first formally protected in 1881, within a 9.6 km radius of the mountain summit.

With high rainfall and a mild coastal climate, the park is home to a lush rainforest, with some plants unique to the park. Halfway up the mountain slopes, the forest is sometimes called the ‘Goblin Forest’ for its gnarled trees and thick moss.

The mountain at the centre of the national park has two names: Mount Egmont and Mount Taranaki. Taranaki is the original name given by the indigenous Māori people, while the name Egmont was given by British explorer James Cook after John Perceval, 2nd Earl of Egmont in 1770. Many places in New Zealand have official dual names or, as in this case, alternate names in the original Māori and English (following colonisation by the British).

The mountain is considered an active volcano, although it has been dormant for over 150 years.

According to Māori mythology, Taranaki used to reside over 100 km farther east near other large volcanoes when a fight broke out over the female Mount Pihanga. Taranaki lost and fled west, carving the gorges of the Whanganui River along the way before stopping. When the mountain peak is covered by clouds and mist, it is believed that Taranaki is weeping for Pihanga.

This image, also featured on the Earth from Space video programme, was acquired on 6 March 2013 by Korea’s Kompsat-2 satellite.