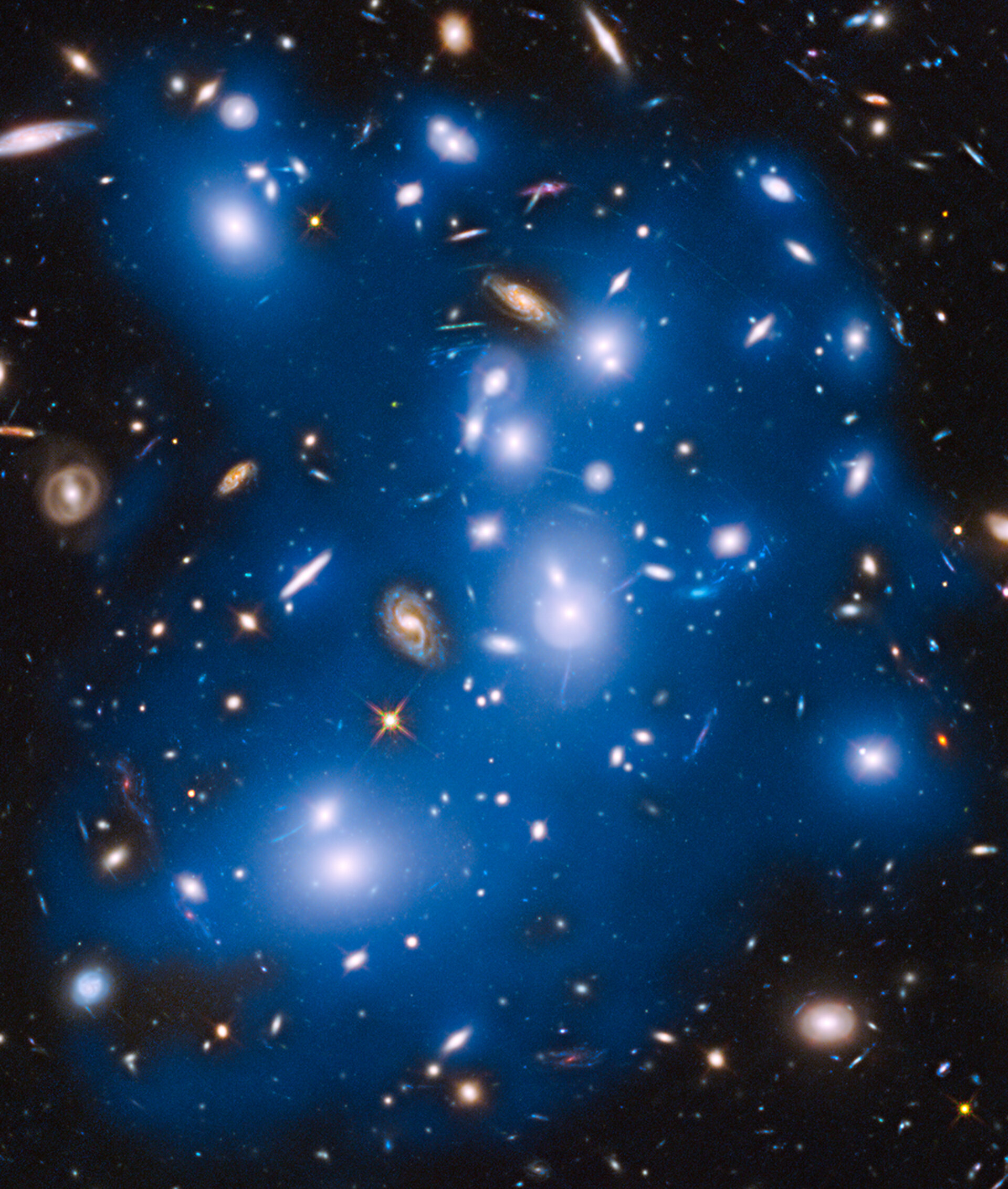 NASA's Hubble Space Telescope has picked up the faint, ghostly glow of stars ejected from ancient galaxies that were gravitationally ripped apart several billion years ago. The mayhem happened 4 billion light-years away, inside an immense collection of nearly 500 galaxies nicknamed 'Pandora's Cluster', also known as Abell 2744. The scattered stars are no longer bound to any one galaxy, and drift freely between galaxies in the cluster. By observing the light from the orphaned stars, Hubble astronomers have assembled forensic evidence that suggests as many as six galaxies were torn to pieces inside the cluster over a stretch of 6 billion years.