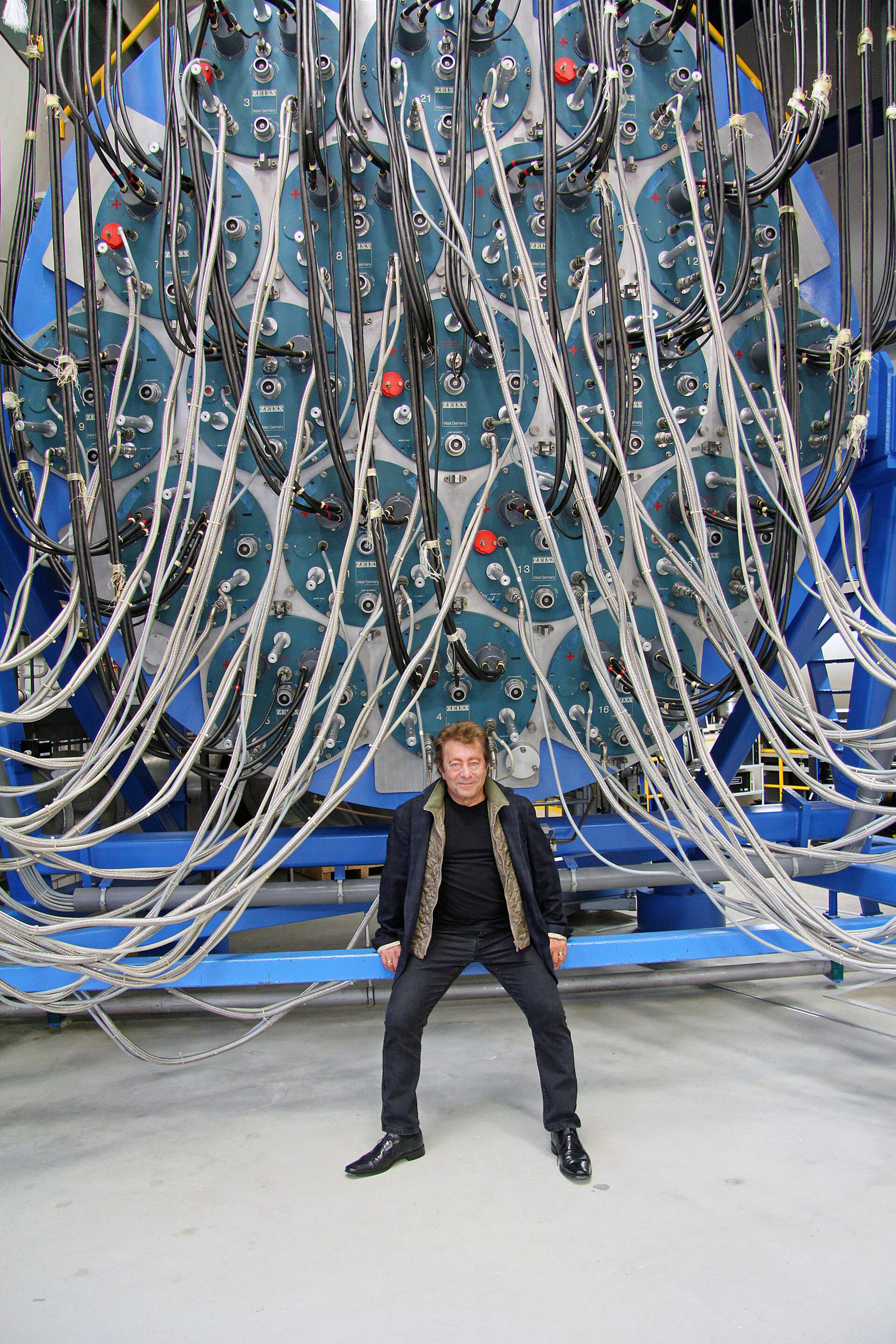 Musician Jeff Wayne, composer of the classic album version of The War of the Worlds, encountering a real-life equivalent of a heat-ray generator during a tour of ESA’s technical heart.

In the H.G. Wells tale of alien invasion, martians use heat rays to fight their way across Victorian England. This is a rear view of ESA’s largest solar simulator, which uses 19 IMAX-class xenon lamps to cast a concentrated beam of sunshine into Europe’s largest vacuum chamber: the Large Space Simulator, at the ESTEC Test Centre in Noordwijk, the Netherlands.

Satellites sit inside the chamber for weeks at a time, in the simulated vacuum and temperature extremes of space, including the unfiltered sunlight of Earth orbit – or, with modifications, as experienced around Venus or Mercury.

A long-time space enthusiast, Jeff Wayne took the opportunity to tour ESTEC on 13 October, taking a break from preparing for the live arena version of his musical show in Amsterdam, the last ever in the Netherlands, on 16 December. A fitting way to mark this event!