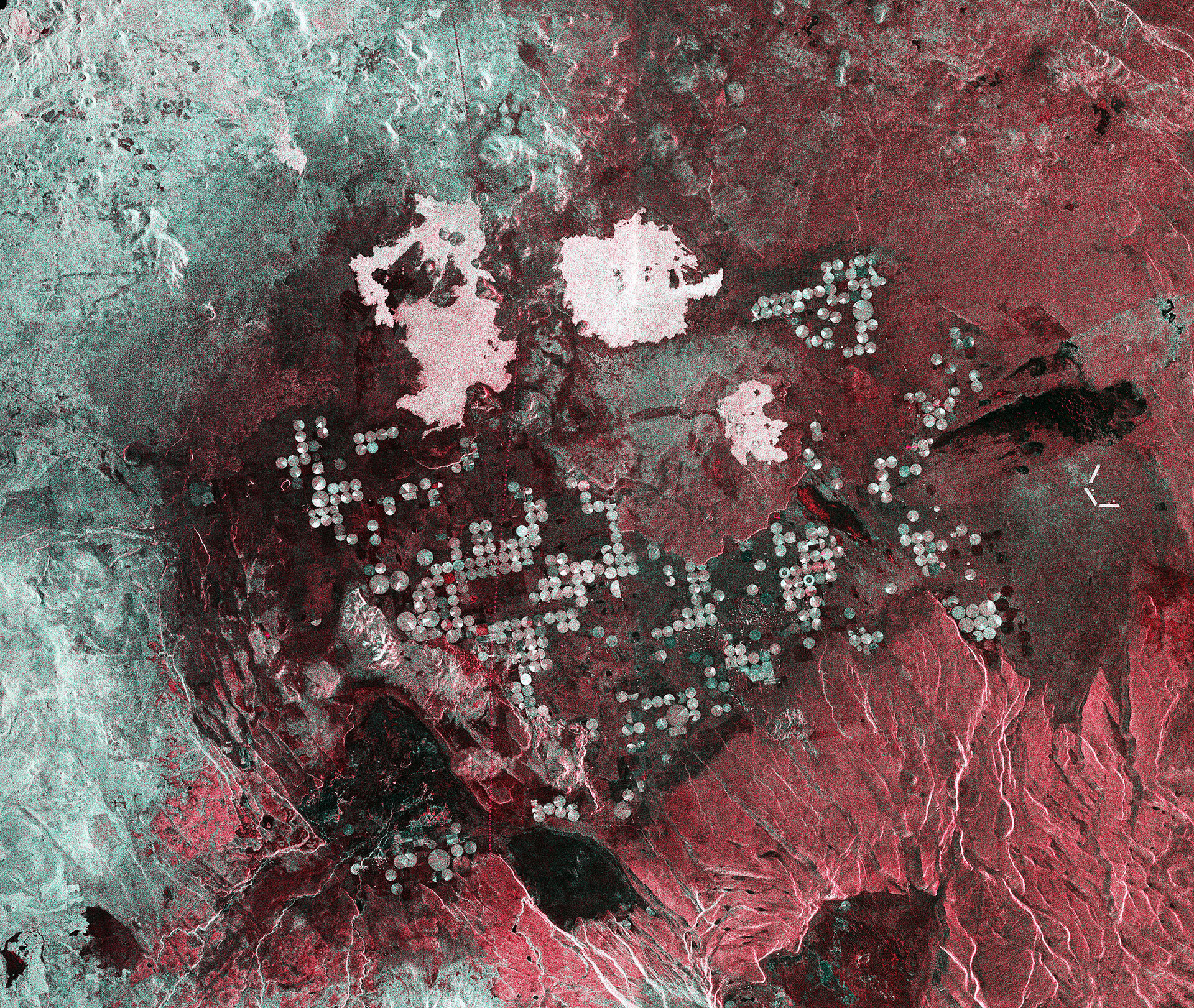 This image from Sentinel-1A was acquired over the Lake County in the US state of Oregon on 17 July.

Even though the northwestern United States receives plenty of rainfall, the ‘high desert region’ east of the Cascade Mountain Range is fairly dry. Most crops require irrigation, such as the circles visible in this image from a centre pivot irrigation system.

Sentinel-1’s radar gathers information in either horizontal or vertical radar pulses, and colours were assigned to the different types. In this image, rough surfaces – like vegetated areas – appear white and light blue while smoother surfaces are red and black.

Some of the black areas are – or once were – lakes. These lakes formed when glaciers melted after the last ice ages, but dried up as the climate became drier.

Running north–south through the centre of the image we see a line of evenly dispersed red dots. These are reflections from metal towers holding power lines. While these structures are difficult to spot in optical imagery, their reflectivity makes them more visible to radar.

The satellite is now fully operational delivering radar data for an array of services and scientific research.