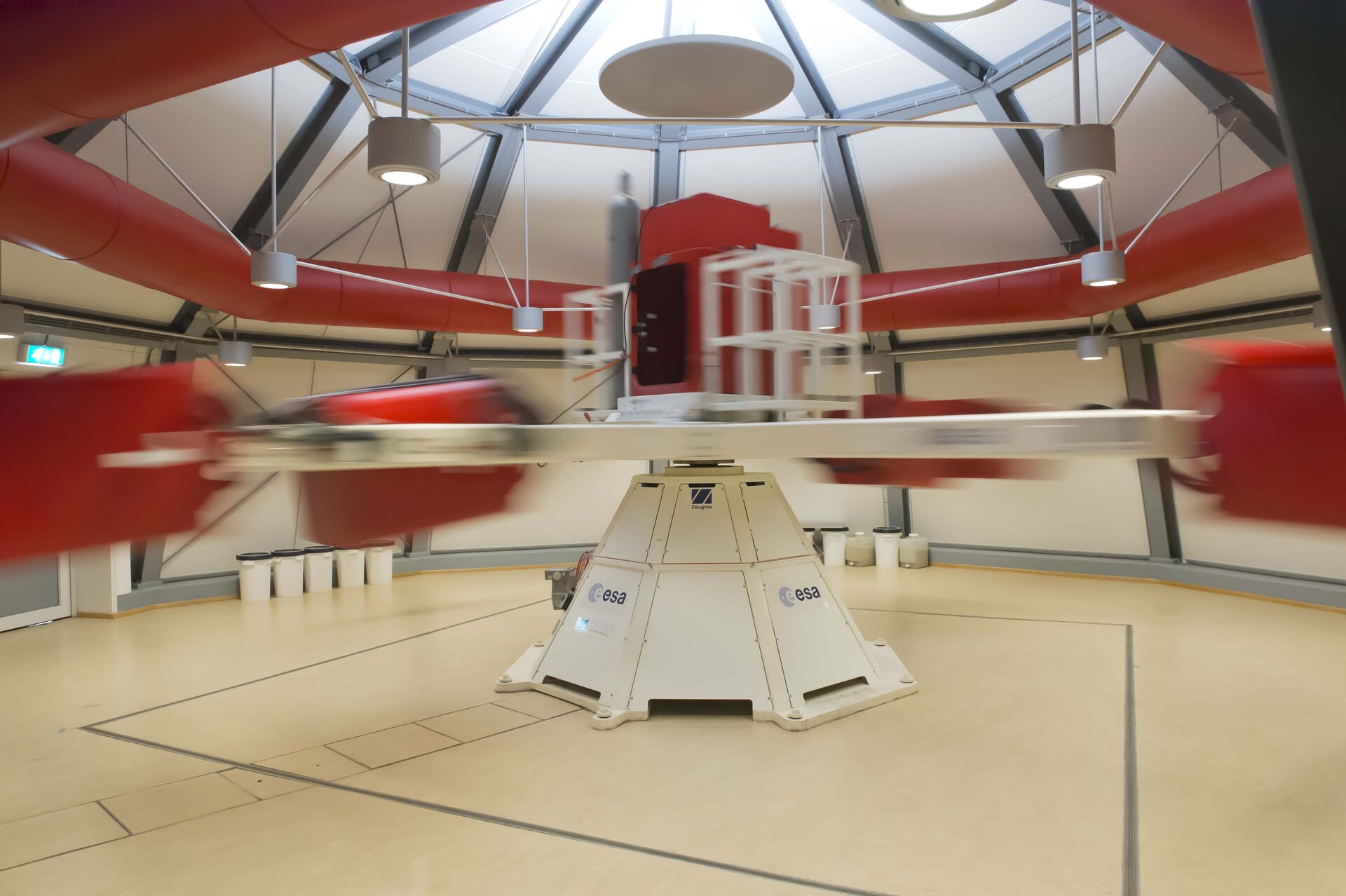 ESA’s Large Diameter Centrifuge at the Agency’s technical heart in the Netherlands is seen running here at full speed. The 8-m diameter four-arm centrifuge gives researchers access to a range of hypergravity environments up to 20 times Earth’s gravity for weeks or months at a time.

The centrifuge rotates at up to 67 revs per minute, with its six gondolas placed at different points along its arms weighing in at 130 kg, and each capable of accommodating 80 kg of payload. Multiply those combined figures by 20 g and it adds up to an equivalent mass of 24 tonnes.

Based within a scifi-style white dome at ESTEC in Noordwijk, the centrifuge has been a place of pilgrimage for European researchers for more than a decade including student experimenters on regular Spin Your Thesis! campaigns.

The LDC is popular with life and physical science teams, as well as commercial experiments. Internal ESA teams use the centrifuge to see how spacecraft materials and components would respond to the violent accelerations involved in launching into space.

See what happens to an air and water balloon in hypergravity here.

A next-generation centrifuge has been proposed from an ESA Topical team study: measuring around 200 m in diameter, this “Human Hypergravity Habitat” would be big enough for people to live in a hypergravity environment for months on end.