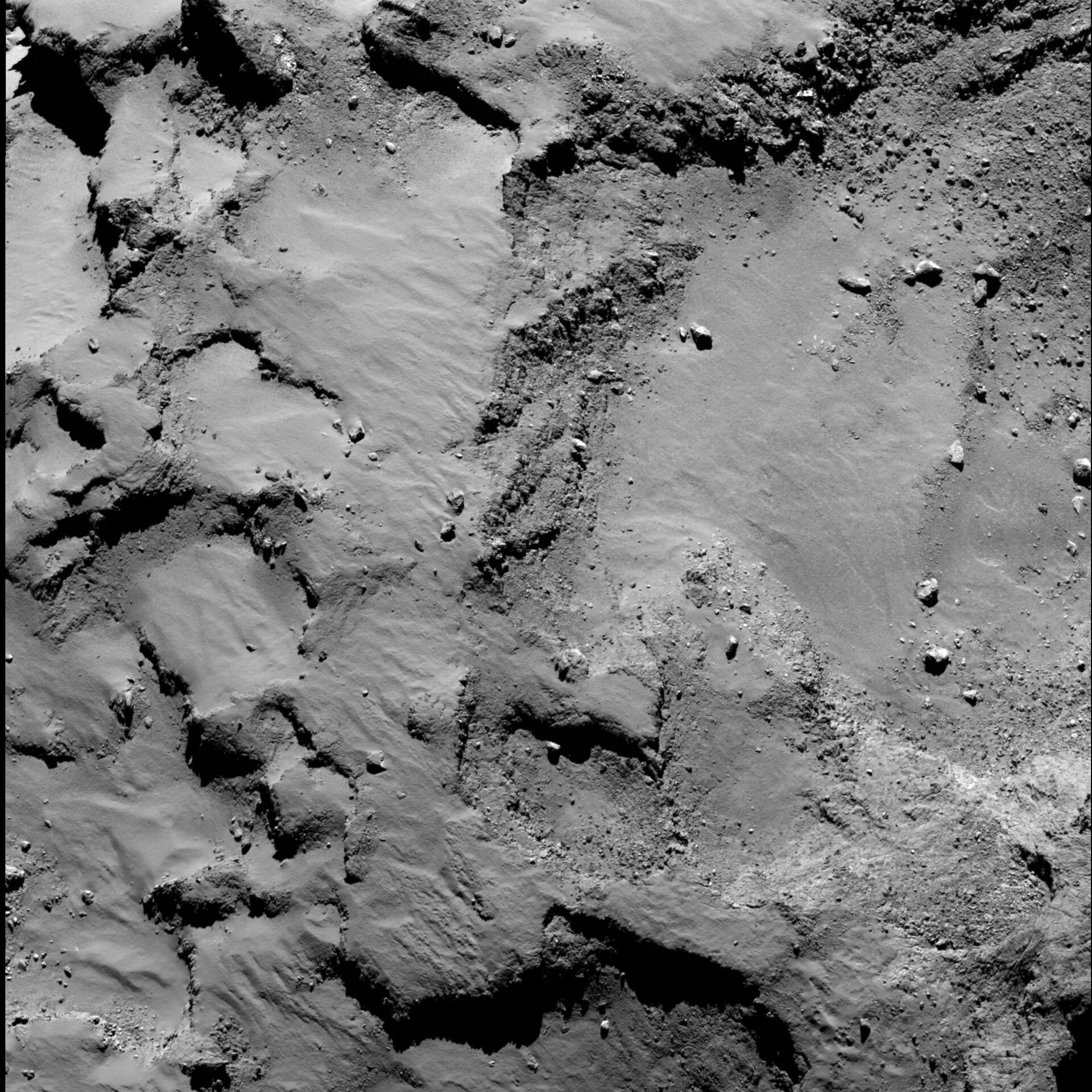 Close-up of the region containing Philae’s primary landing site J, which is located on the ‘head’ of Comet 67P/Churyumov–Gerasimenko. The image was taken by Rosetta’s OSIRIS narrow-angle camera at 17:31 GMT on 14 September 2014 from a distance of about 30 km. The image scale is 0.5 m/pixel and the image covers about 1 km square.

A second image including the same region, but taken 17 minutes later, is available here.