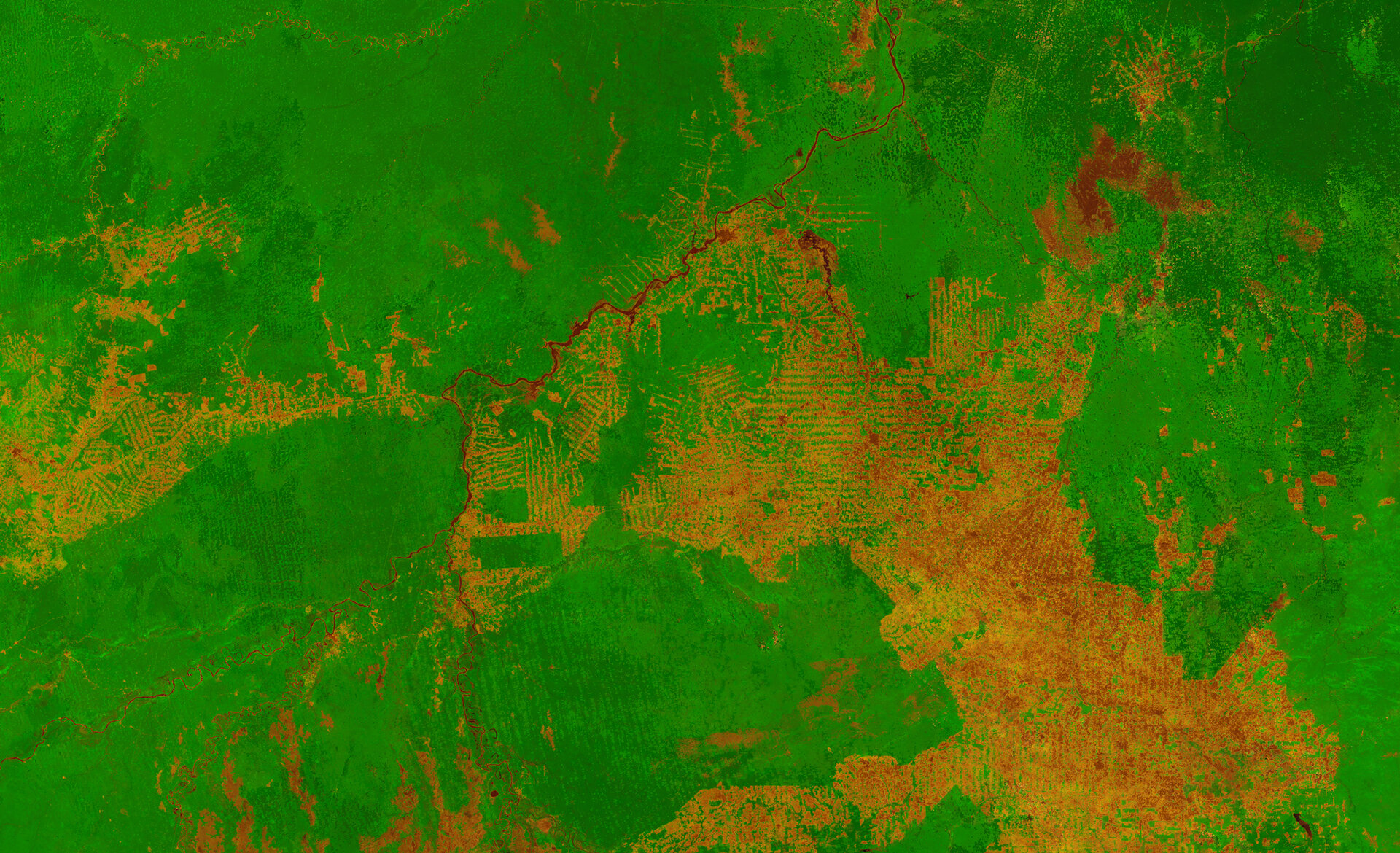 Deforestation in the state of Rondônia in western Brazil, as imaged by ESA’s Proba-V minisatellite.

This 300 m-resolution image reveals the human impact on the world’s largest tropical rainforest. The brownish colours indicate deforested areas – note the distinctive ‘fishbone’ pattern as main roads are cut through an area, followed by secondary roads for further clearing.

INPE, the Brazilian Institute for Space Research, uses satellites to monitor Brazil’s rainforests. Its results show the annual rate of deforestation has fallen from some 3900 sq km in 2004 to 900 sq km in 2013, although substantial amounts of precious forest are still disappearing every day.

Proba-V is a miniaturised ESA satellite tasked with a full-scale mission: to map land cover and vegetation growth across the entire planet every two days.

The camera’s continent-spanning field of view collects light in the blue, red, near-infrared and mid-infrared wavebands, ideal for monitoring plant and forest growth as well as inland water bodies.

Proba-V’s images are processed and distributed to hundreds of scientific users by VITO, Belgium’s Flemish Institute for Technological Research, extending the coverage of previous generations of the Vegetation camera flown on the Spot-4 and Spot-5 satellites.