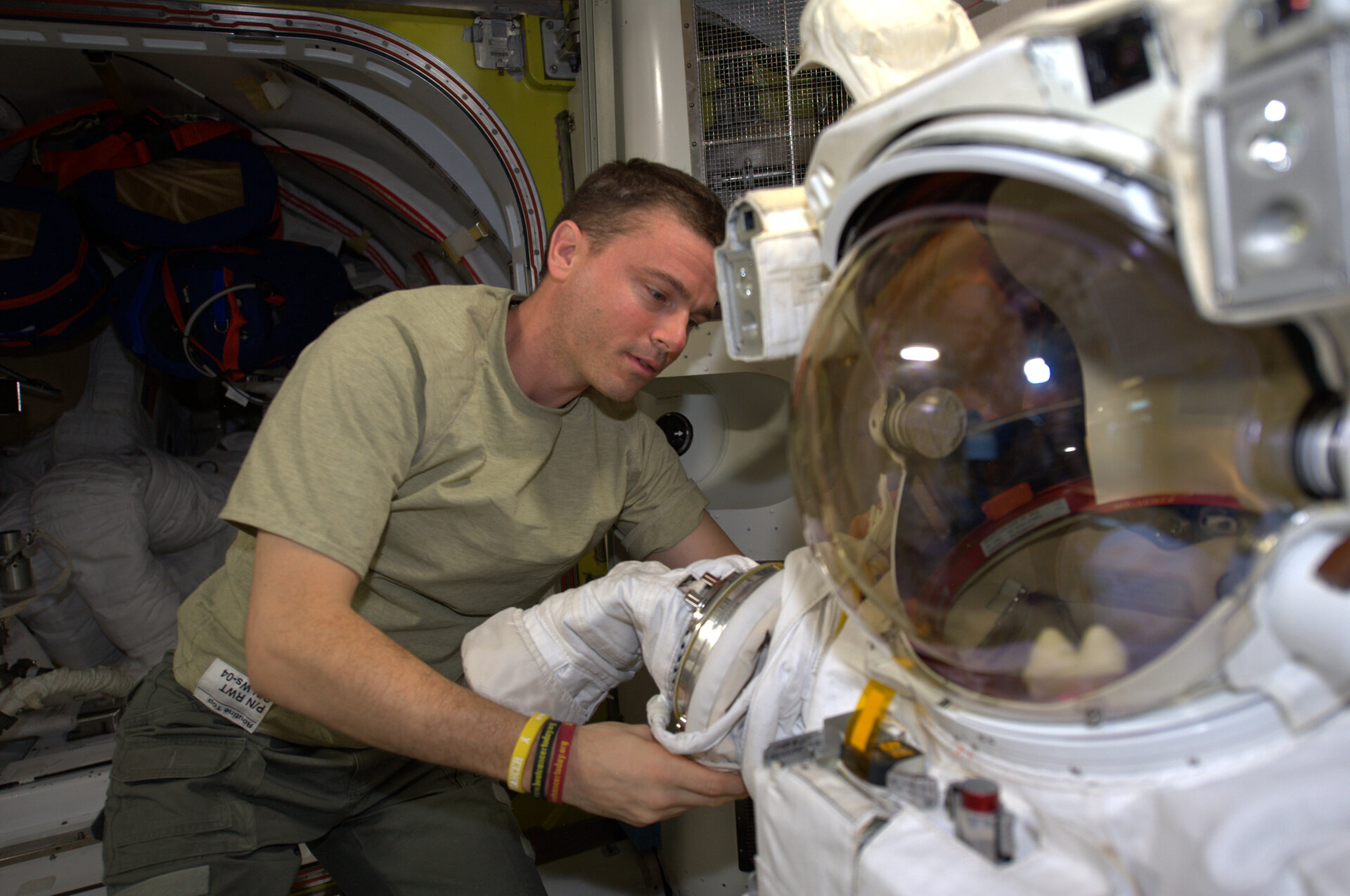 NASA astronaut Reid Wiseman preparing his spacesuit on the International Space Station in preparation for 7 October 2014, when he will venture into open space with ESA astronaut Alexander Gerst on a seven-hour spacewalk.