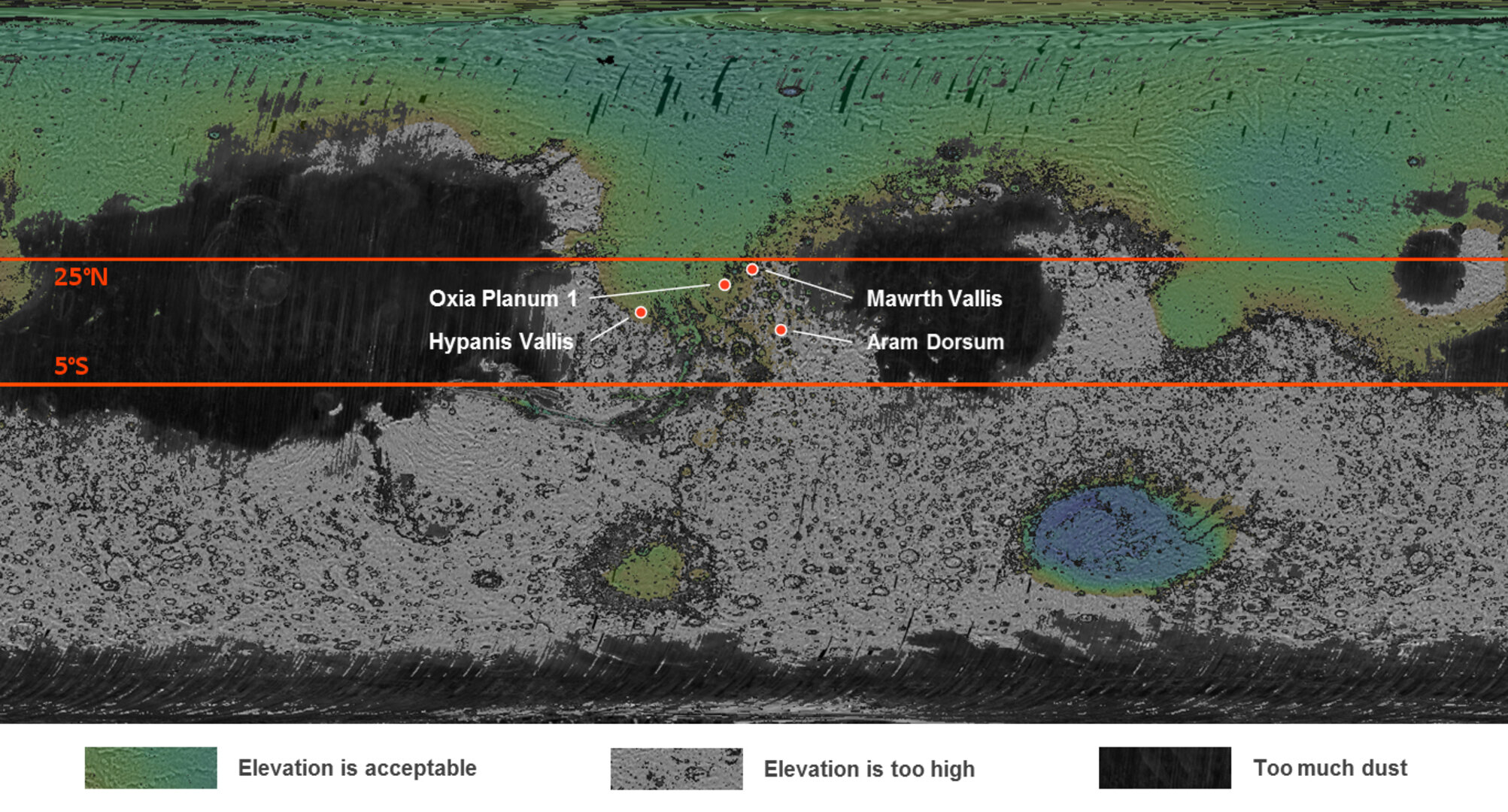 Four possible landing sites are being considered for the ExoMars 2018 mission. The sites – Mawrth Vallis, Oxia Planum, Hypanis Vallis and Aram Dorsum – are indicated in this context map. All four are close to the equator.

The search for a suitable landing site for the Rover began in December 2013, when the science community was asked to propose candidate sites. Eight proposals were received and carefully considered during a scientific workshop in March of this year. By the end of that workshop, there were four clear front-runners. Following additional review by the Landing Site Selection Working Group, the four sites have now been formally recommended for further detailed analysis.