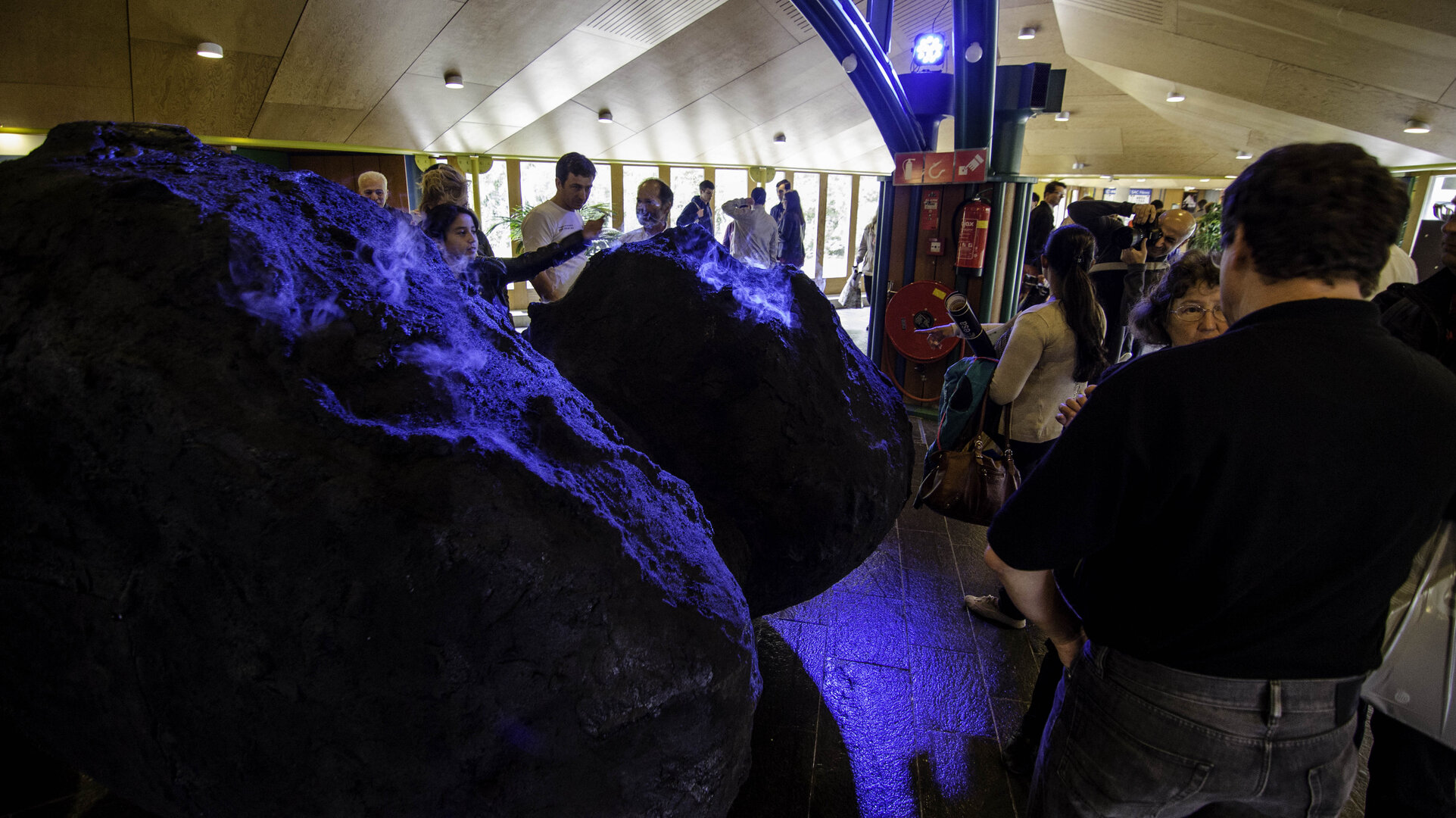 Visitors to ESA’s Technology Centre had a chance to get up close and personal with a model of Comet 67P/Churyumov–Gerasimenko during the centre’s Open Day on 5 October. The real comet, which is just over 4 km at its widest point, is about 1500 times larger than the model.

After a decade-long journey, travelling more than 6 billion km, ESA’s Rosetta spacecraft arrived at a distance of 100 km from the comet on 6 August. Since then, it has been steadily closing in and is now orbiting at a distance of about 20 km from the surface. On 12 November, Rosetta will deploy the Philae lander – the first time a soft landing on a comet has been attempted.

In this photograph of the comet model, swirls of steam are rising from the dark surface, which is illuminated with a blue light for effect. These swirls emulate the observed outgassing, giving visitors the chance to learn more about how a comet becomes active as it gets nearer to the Sun.

Rosetta will accompany the comet along its orbit as they make their closest approach to the Sun in August 2015 and then head back out towards Jupiter. During this time, scientists will be studying the comet’s behaviour with the spacecraft’s 11 experiments, giving us a unique realtime experience of how a comet works as it hurtles around the Sun.