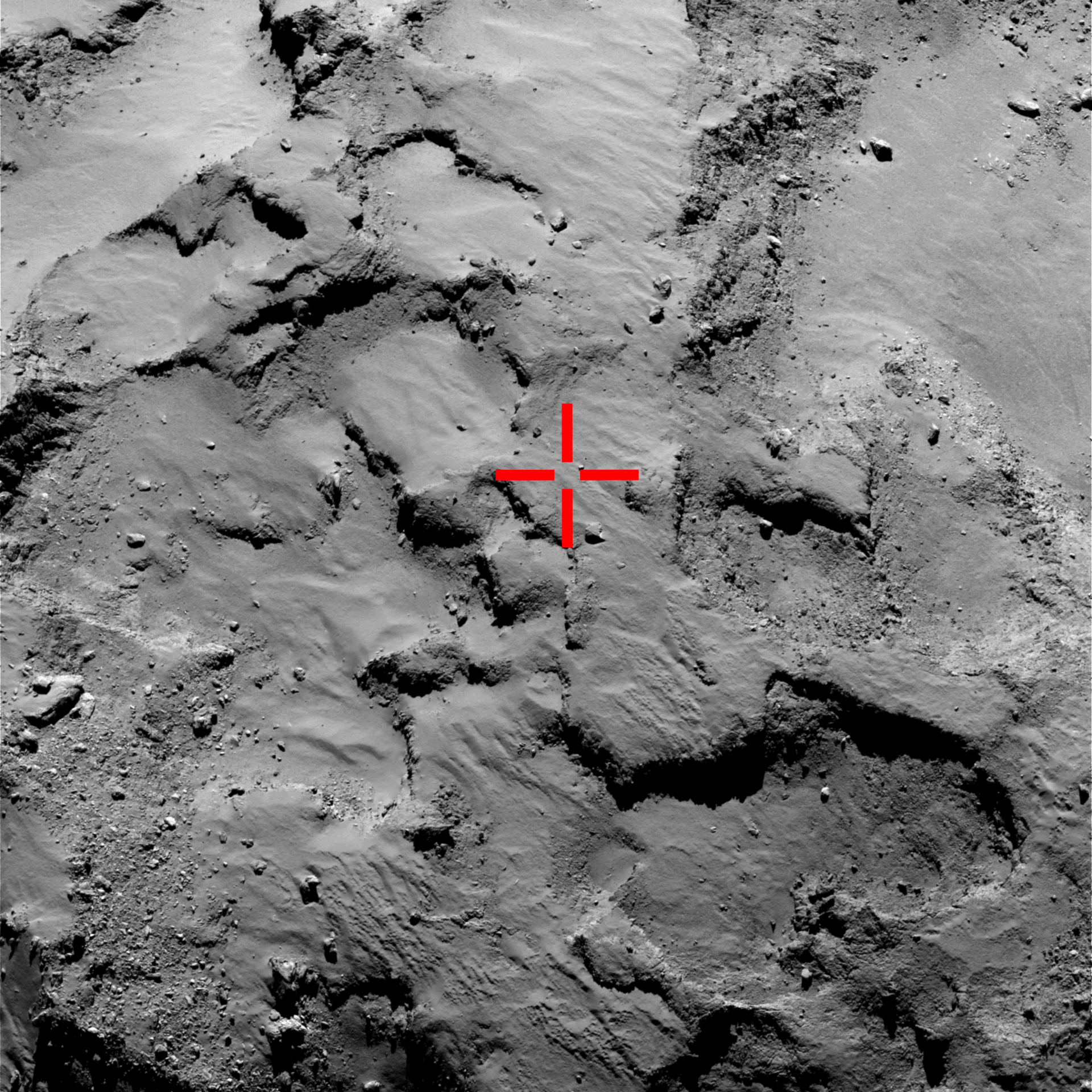 This image shows an OSIRIS narrow-angle image taken from a distance of 30 km on 14 September 2014 (prior to landing) marks the first touchdown point of the Philae lander.

The signal confirming landing arrived on Earth at 16:03 GMT (17:03 CET). It is thought that Philae bounced twice before settling on the surface of Comet 67P/Churyumov-Gerasimenko.

The lander has not yet been identified and images are still to be downloaded from the Rosetta spacecraft for further analysis.