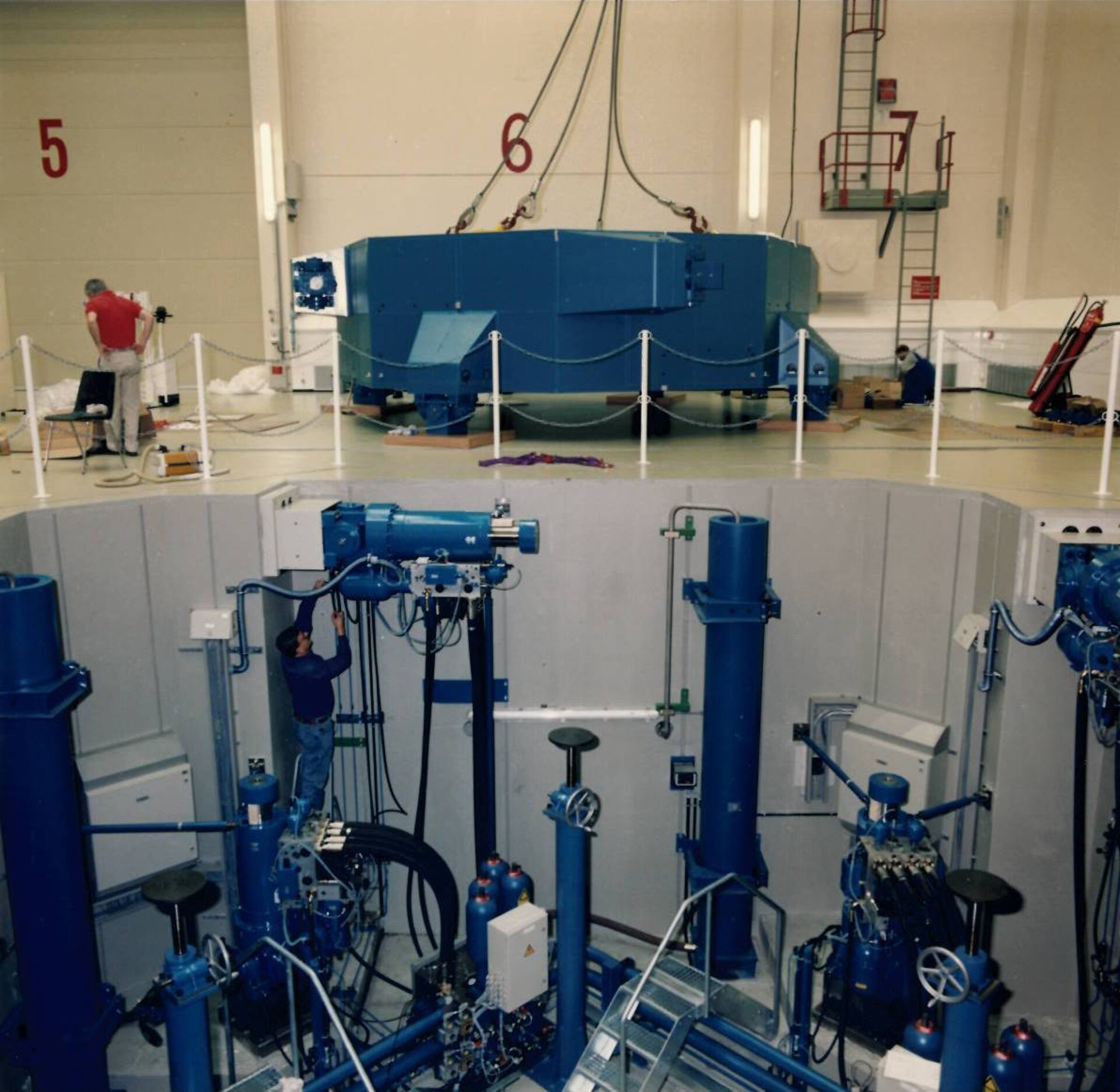 The Hydra – short for Hydraulic Multi-axis Shaker – at ESA’s technology centre simulates the extreme vibration of the first few minutes of a rocket launch, to ensure that satellites and their component parts will not be shaken to pieces during their actual flight to orbit.

It was installed at the test facility in Noordwijk, the Netherlands in 1995. Here is a rare glimpse of the hydraulic actuators that move the 18-tonne shaker table, which is also seen sitting on the floor behind, ready to be lowered into place.

These actuators move the table in a similar fashion to an aircraft flight simulator, its motion overseen by a network of 36 parallel computers. The entire installation is braced by shock absorbers to prevent the resulting earthquake-strength vibrations spreading through the rest of the Test Centre.

Hydra has served many of Europe’s largest space missions, including Envisat – at eight tonnes the largest-ever civil Earth observation satellite – Herschel and the Automated Transfer Vehicle, which weighed 22 tonnes at launch.