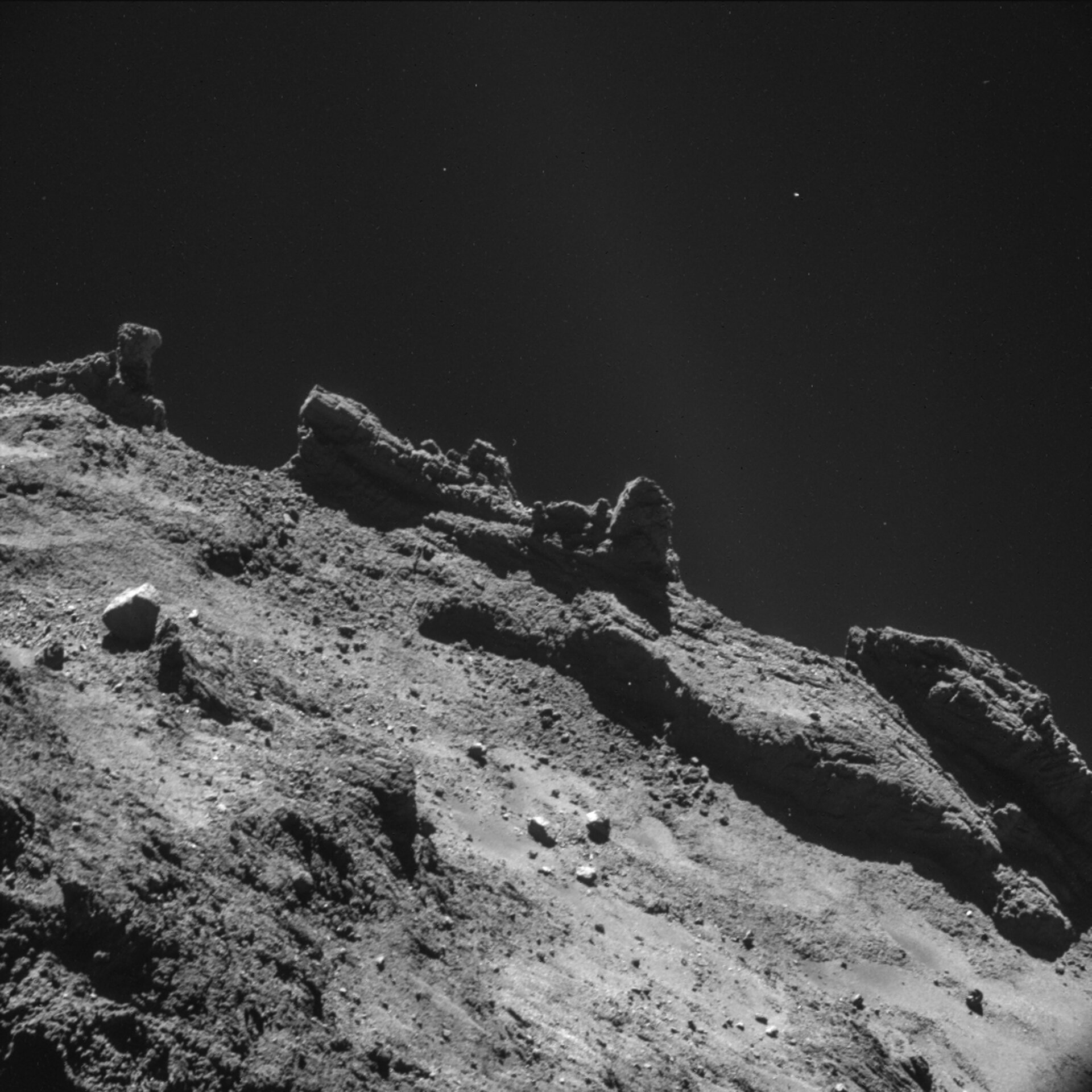 This scene presents a dramatic view across the body of the large lobe of Comet 67P/Churyumov–Gerasimenko. Along the horizon a relatively broad, raised portion of material appears to be abruptly truncated in the top left. Zooming into either side of the inner portion of the wall suggests the presence of slightly brighter material – perhaps more recently exposed than other sections.. Although cast in shadow, the sides of the raised section shows signs of clear layering, along with fractures cross-cutting in many orientations.

In the foreground, several large angular blocks are seen, some with faces that appear brighter than the surrounding material. In the background, a faint stream of gas and dust can be seen, showing that an active region is nearby.