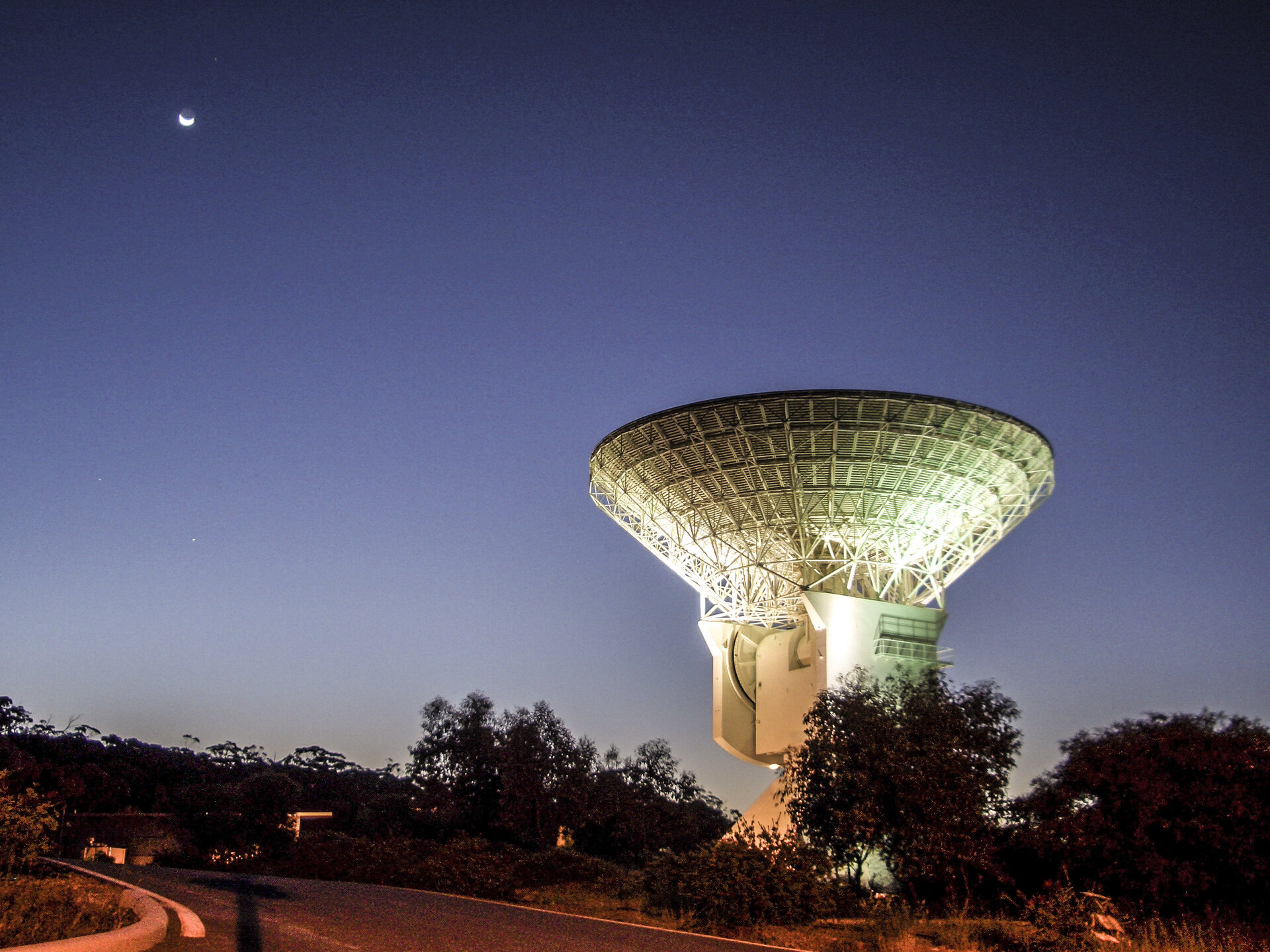 In March 2003, ESA inaugurated a new deep-space station 8 km south of the town of New Norcia, which is about 150 km north of Perth, in Western Australia.

The large antenna was completed in 2002, and engineers conducted pointing tests using NASA’s Stardust mission in the lead up to operational readiness. It entered service as the first of the Agency’s three deep-space tracking stations in March 2003, and has been used for communications with Mars Express, Rosetta, Venus Express and Gaia, among other ESA and partner agency missions.