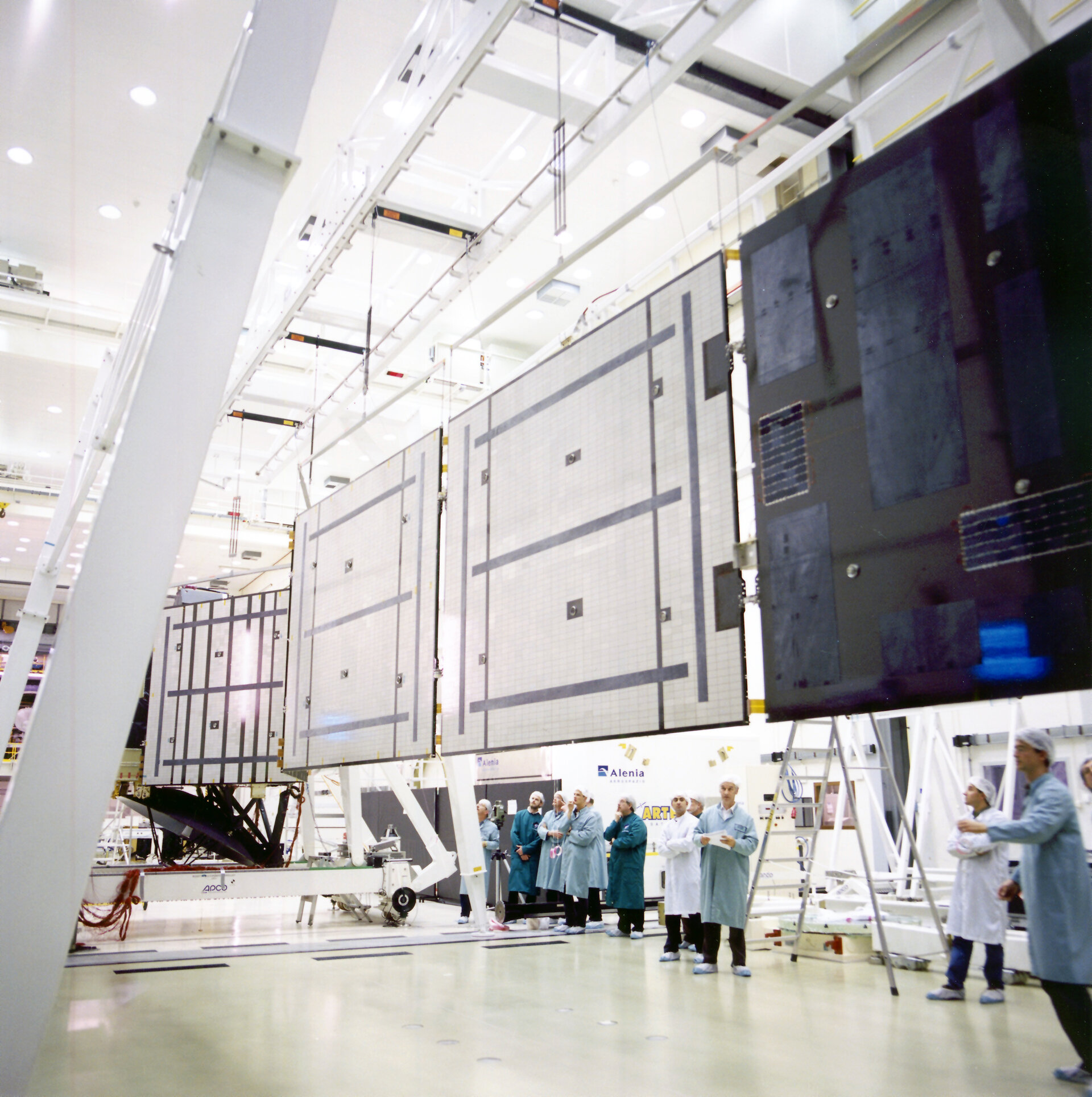 This is one of Rosetta’s two massive solar wings, keeping ESA’s comet-chaser powered out in the cold depths of space, currently some 448 million km from the Sun.

Taken back in 2002, this image shows Rosetta being checked in ESA’s Test Centre in Noordwijk, the Netherlands. One hinged wing is supported on a rig to allow it to unfurl safely in Earth gravity instead of weightlessness.

Each made up of five hinged panels, the steerable pair of wings together stretches 32 m tip-to-tip from the box-shaped spacecraft.

Over the course of its decade-long odyssey, Rosetta has ventured as far as Jupiter orbit, some 800 million km from the Sun. In the past, deep-space missions resorted to nuclear power sources.

This is because deep space is a gloomy place. Solar illumination reduces with distance from the Sun by the ‘inverse square law’ – venture twice as far away and only a quarter the amount of sunlight is available, go three times as far and only one ninth is left.

Right now Rosetta is experiencing only 11% of Earth-level solar illumination – but still better than the 4% when it was furthest from the Sun.

But instead of going nuclear, Rosetta runs solely on ‘low-intensity, low-temperature’, or LILT, silicon solar cells, a new European technology devised for this mission, optimised for deep-space conditions.

The same is true of Rosetta’s Philae lander, whose batteries are designed to be recharged by the highly-efficient LILT cells covering its body.