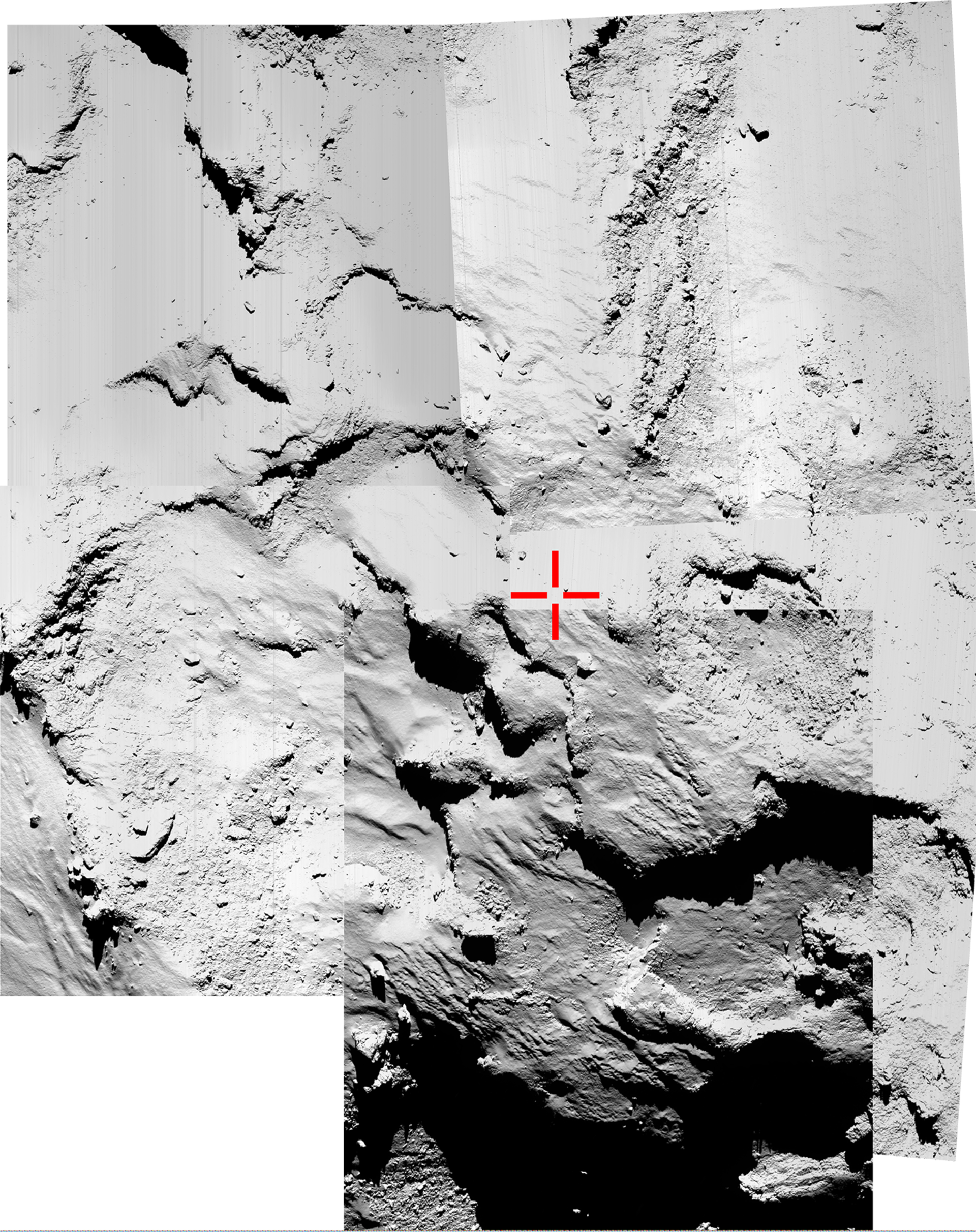 This five-image montage of OSIRIS narrow-angle images is being used to try to identify the final touchdown point of Rosetta’s lander Philae. The images were taken around the time of landing on 12 November when Rosetta was about 18 km from the centre of Comet 67P/Churyumov-Gerasimenko (about 16 km from the surface).

The signal confirming the first touchdown arrived on Earth at 16:03 GMT (17:03 CET). It is thought that Philae bounced twice before settling on the surface of the comet.

The lander has not yet been identified and images are still to be downloaded from the Rosetta spacecraft for further analysis.