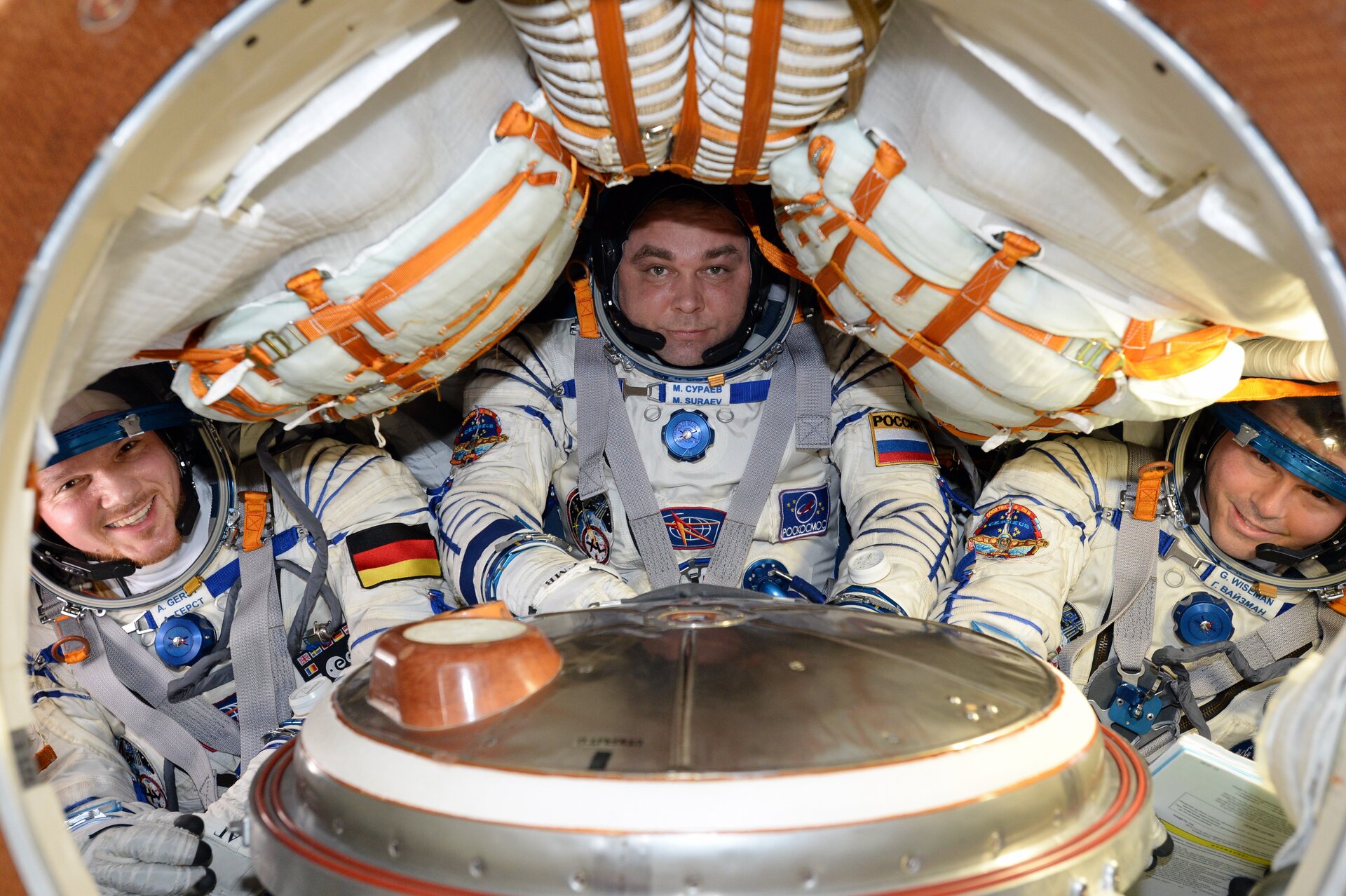 From left: ESA astronaut Alexander Gerst, Roscosmos cosmonaut Max Suraev and NASA astronaut Reid Wiseman in their Soyuz spacecraft that will fly them back to Earth after almost six months on the International Space Station.

They tested their Sokol suits and spacecraft a week before their return on 10 November 2014.