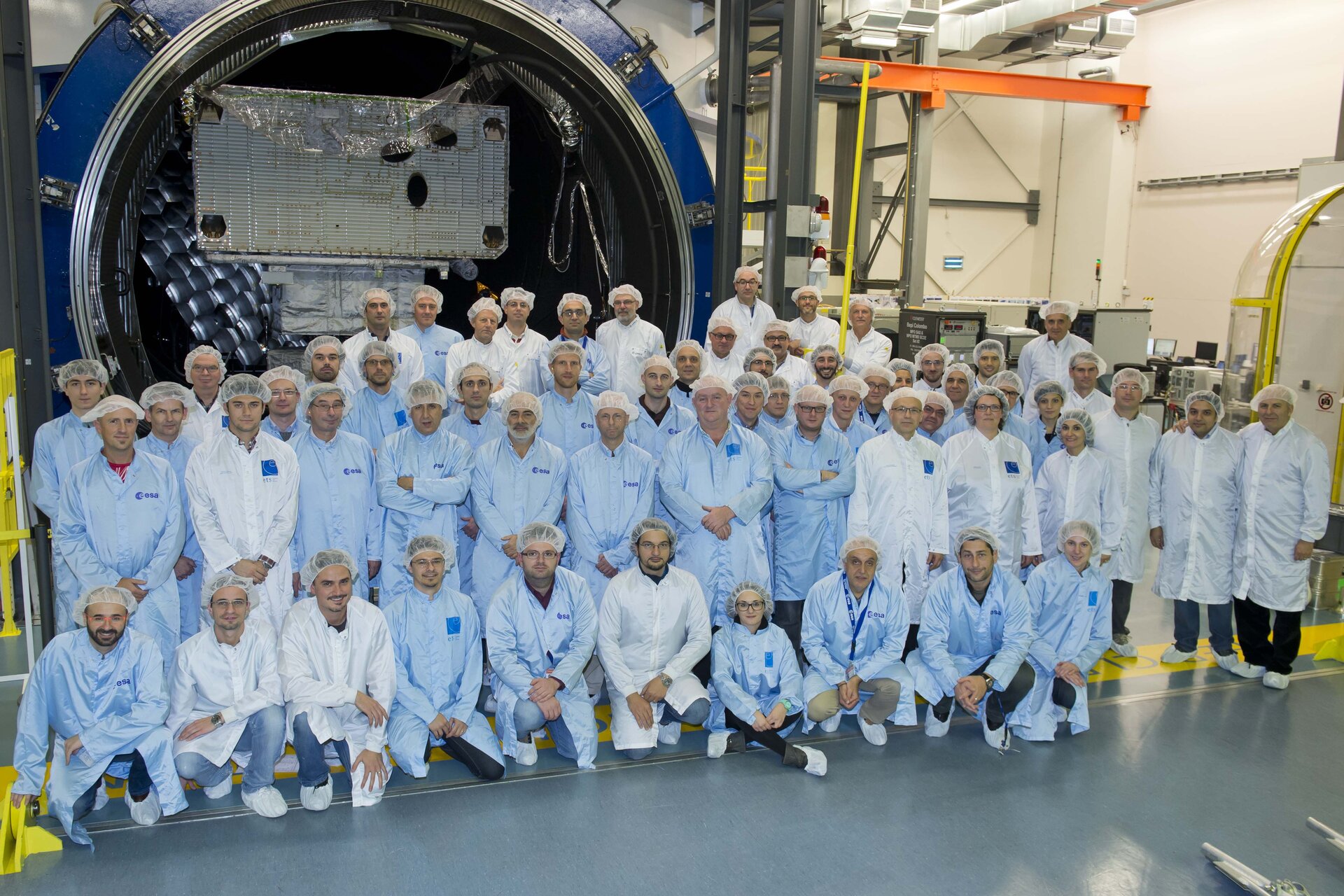 Members of the BepiColombo test and project teams in front of the mission’s Mercury Planetary Orbiter spacecraft inside the Large Space Simulator, the largest vacuum chamber in Europe.

BepiColombo, Europe’s first mission to study Mercury, is a joint mission with Japan. Two spacecraft – the Mercury Planetary Orbiter and the Mercury Magnetospheric Orbiter – will fly in two different paths around the planet to study it from complementary perspectives.

Flight hardware for the mission is undergoing testing at ESA’s Technical Centre, ESTEC, in Noordwijk, the Netherlands, the largest spacecraft test facility in Europe, to prepare for its 2016 launch.

The Mercury Planetary Orbiter was placed inside the chamber in late October for ‘thermal–vacuum’ testing. It will sit in vacuum until early December, subjected to the equivalent temperature extremes that will be experienced in Mercury orbit.

Liquid nitrogen runs through the walls of the chamber to recreate the chill of empty space, while an array of lamps focuses simulated sunlight 10 times more intense than on Earth.

Set to arrive at Mercury in 2024, BepiColombo will investigate properties of the innermost planet of our Solar System that are still mysterious, such as its high density, the fact that it is the only planet with a magnetic field similar to Earth’s, the much higher than expected amount of volatile elements detected by NASA’s Messenger probe, and the nature of water ice that may exists in the permanently shadowed areas at the poles.