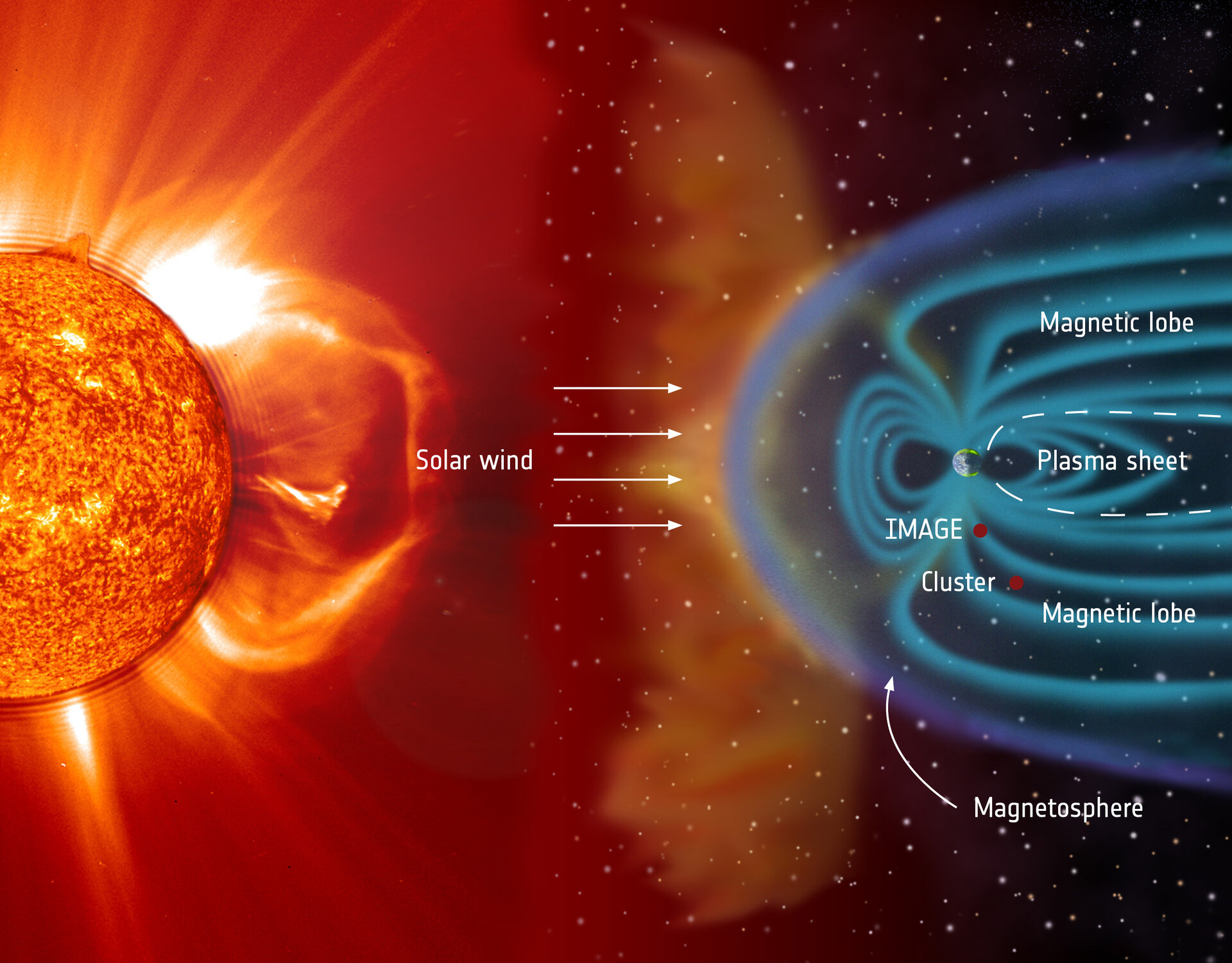 Cluster and Image during aurora observation

The night side of the terrestrial magnetosphere forms a structured magnetotail, consisting of a plasma sheet at low latitudes that is sandwiched between two regions called the magnetotail lobes. The lobes consist of the regions in which Earth’s magnetic field lines are directly connected to the magnetic field carried by the solar wind. Different plasma populations are observed in these regions – plasma in the lobes is very cool, whereas the plasma sheet is more energetic.

The diagram labels by two red dots the location of an ESA Cluster satellite and NASA’s Image satellite on 15 September 2005, when particular conditions of the magnetic field configuration gave rise to a phenomenon known as ‘theta aurora’.