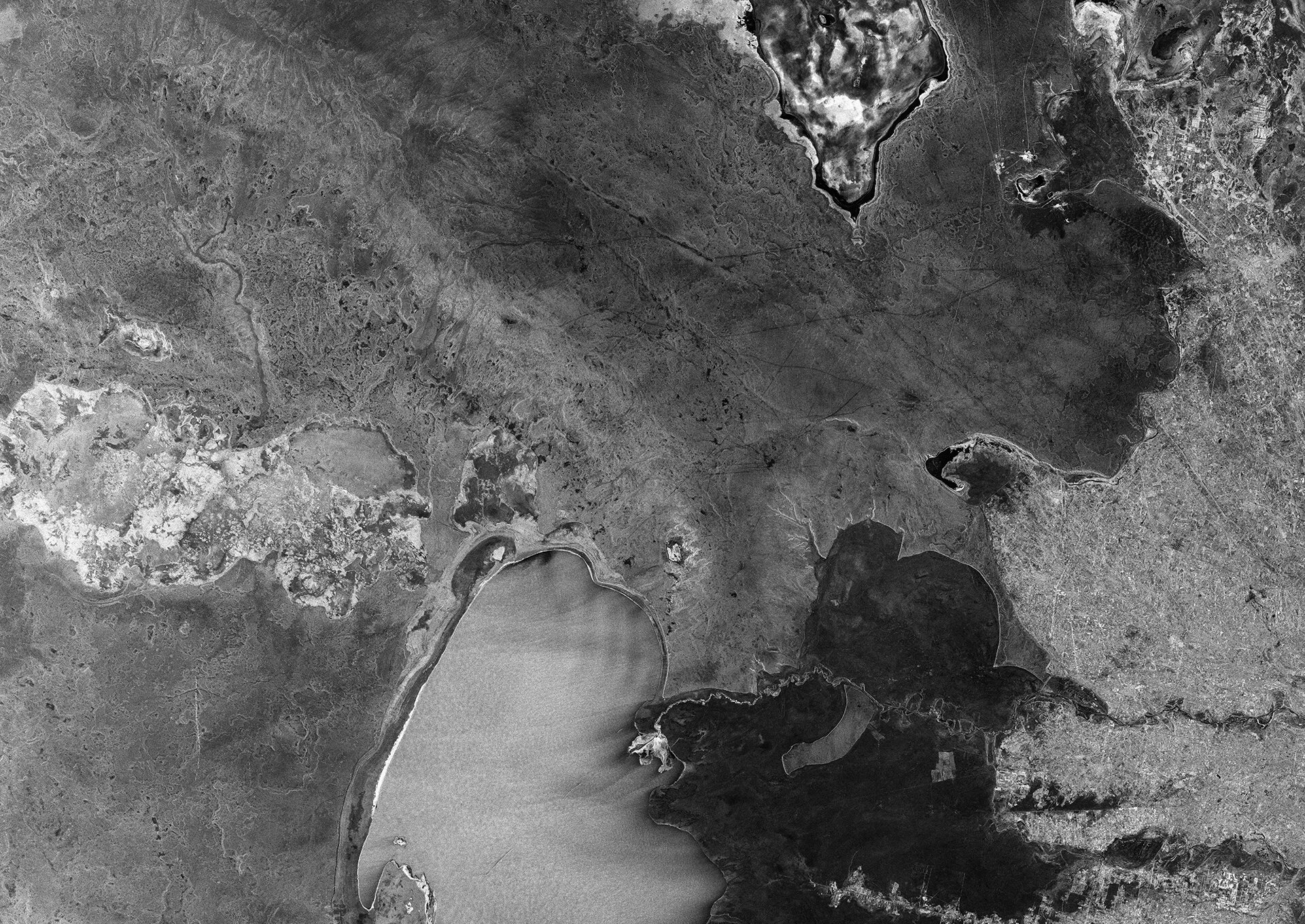 This Sentinel-1A image shows the semi-arid border region between Uzbekistan (top) and Turkmenistan (bottom). The northern part of Sarygamysh Lake, which straddles the border, can be seen in the lower centre of the image.

This image was captured by Sentinel-1A on 28 November and directly transmitted almost 36 000 km across space by laser to the Alphasat telecommunications satellite in geostationary orbit, which then downlinked the data to Earth. All of this happened in a matter of moments and formed part of a live demonstration at ESA’s space operations centre in Germany.

The demonstration paves the way for using laser technology to deliver large volumes of data almost instantly. Alphasat carries the precursor of the European Data Relay System, Europe’s new space data highway. Having timely access to imagery from the Sentinel-1 mission, for example, is essential for numerous applications such as maritime safety and helping to respond to natural disasters.