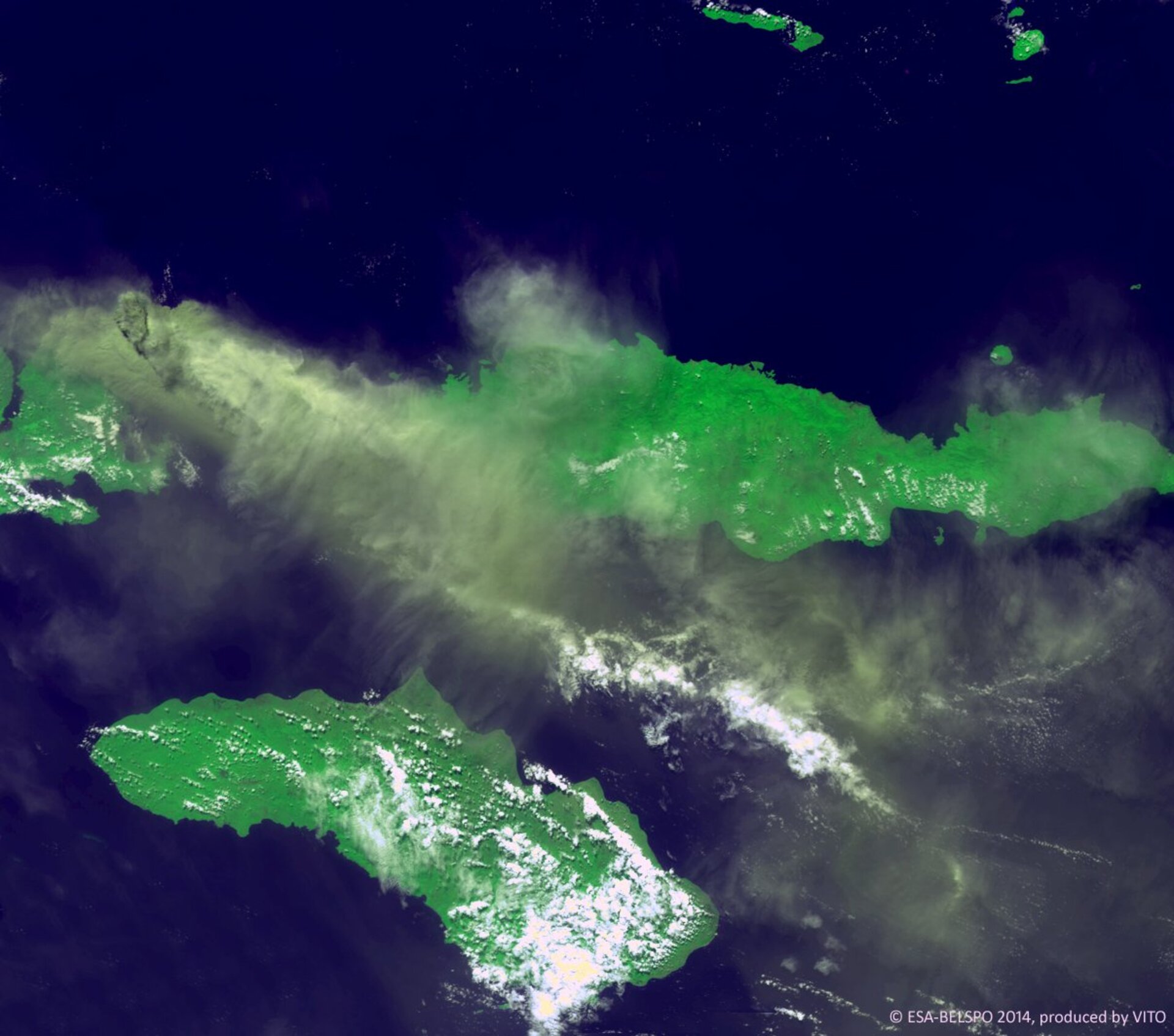 ESA's Proba-V minisatellite catches the Sangeang Api volcano on the island of Sangeang in Indonesia as a thick column of ash and sulphur dioxide pumps into the atmosphere. The dense ash grounded flights across much of the archipelago nation. This 300 m-resolution image was acquired on 31 May.

Launched in 2013, Proba-V is a miniaturised ESA satellite tasked with a full-scale mission: to map land cover and vegetation growth across the entire planet every two days. VITO, the Flemish institute for technological research, performs processes then distributes Proba-V data to users. Now VITO has a produced a new online gallery highlighting some of the mission’s most striking images so far, including views of storms, fires and deforestation.