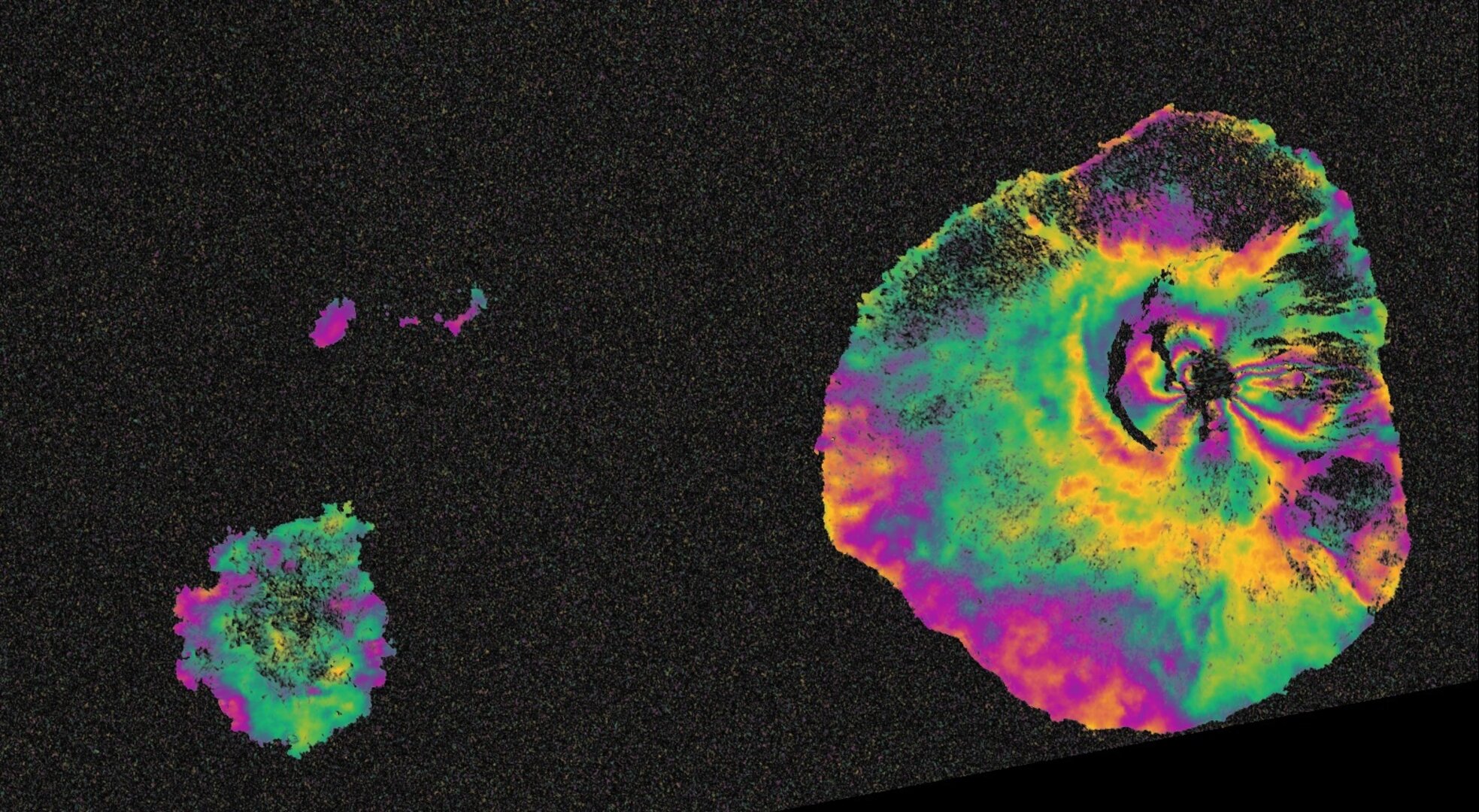 The Pico do Fogo volcano on Cape Verde’s Fogo island erupted on 23 November 2014 and showed continuing volcanic activity in the days following. By processing two Sentinel-1A radar images, which were acquired on 3 November and 27 November 2014, this interferogram was generated. Deformation on the ground causes phase changes in radar signals that appear as the rainbow-coloured patterns.

Results like these are being used by Earth scientists to help them map the volcano’s subsurface magmatic system, perform geophysical modelling of the volcanic eruption mechanics, and assist the relief efforts on the ground. With this stunning result, the great potential of Sentinel-1 for geophysical applications has been once again unequivocally demonstrated.